UK: 3% of adults surveyed are witches
The Telegraph and Argus
Modern-day witchcraft (Wicca) is gaining momentum in the UK with 3% of those surveyed by The Nursery identifying as being part of the pagan subculture…

Exorcist association accuses Santería practitioners of ‘misappropriating’ Catholic figure
Patheos Nonreligions: Barry Duke
Just days after the International Association of Exorcists warned that rank amateurs were encroaching on their area of expertise comes news of a warning they’ve issued about the ‘misappropriation by occultists’ of images of a ‘revered’ Venezuelan doctor who is due to become a Catholic saint…

History of magic goes far beyond witchcraft and wizardry
Sunday Post
Magic has been part of human life for millennia and is as integral to our evolving practices and beliefs as science and religion, says Professor Chris Gosden…

UK: Public invited to celebrate Lughnasadh in Highgate, London
Ham & High
Wicca: Seven Moons London, a group on the site Meetup, is planning to mark Lughnasadh in a socially-distanced way on July 25…

Preparing for Lammas during COVID-19
Patheos Pagan: Lisa Wagoner
It’s that time of year I alternately dread and enjoy. Lammas is soon upon us, and I tend to feel wistful…

Pagan Tama guest writer and Shinto priest releases new book
Green Shinto
Taishi Kato, priest of Hattori Tenjingu in Toyonaka City, Osaka, has featured on Green Shinto before. His mission is to spread awareness of Shinto as a universal religion based on living in harmony with nature. Kato-sensei has previously written for Pagan Tama; you can read his pieces here and here.

Japan’s shrine association rocked by exit of key member Kotohira-gu
The Japan Times
An organization encompassing some 79,000 Shinto shrines in Japan has been rocked by the recent declaration by a key member shrine that it intends to leave the body, after years of distrust…

Unseen Japan
Bamboo battles, precarious log rides, and a literal firefight make up three festivals in Japan that’ll get your blood pumping – but not without risk…

Turkey: Hagia Sophia, a mosque again, has a pagan connection at its core

India: Elderly Couple set ablaze on ‘suspicion of practicing witchcraft’ in Odisha’s Jajpur
Kalinga TV
Brother-in-law of the deceased couple Tipu Buliuli while speaking to the media persons said that the villagers torched the house of and killed the couple while they were asleep…

Ghana: Elderly woman beaten and lynched for ‘witchcraft’
Sahara Reporters
A 90-year-old woman accused of ‘witchcraft’ has brutally been murdered in East Gonja in Northern Ghana…

Uganda: Local defence chief loses home over alleged ‘witchcraft’
KFM
The Ituba village LC1 Secretary for Defence in Nabitende sub-county in Iganga District has lost his home that was demolished by angry residents over alleged involvement in ‘witchcraft’… 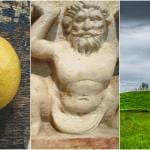