Believe It Or Not, Modern Day Witchhunts Still A Thing

Believe It Or Not, Modern Day Witchhunts Still A Thing July 30, 2020 Gwyn

Before you accuse me of fomenting a conspiracy, let me state that witchhunts are not a concern here. As in, the United States. They are, however, a reality in other parts of the world, Africa in particular, and a real concern. There are people who believe “witches” are “servants of the devil.” And Trump’s recently touted Houston doctor comes from a place where being accused of “witchcraft” is a death sentence.

When I first saw the article’s denouncing a doctor who claims hydroxychloroquine as a “corona cure,” I rolled my eyes. Trump is still supporting unsubstantiated medical claims that go against Dr. Fauci? No surprise. However, Dr. Stella Immanuel, who is also a pentecostal Christian minister has other wild claims that grabbed my attention.

Why? Not the “demon sperm” that’s ridiculous. But the origin of those beliefs. Because of where she went to medical school. Nigeria. Because African Pentecostals have very particular beliefs when it comes to demons, witches, and “dark forces.” And it has led to countless deaths of women and children accused of witchcraft for years.

Now, in the United States where Witches, Wiccans, and Pagans can practice our witchcraft and spiritual paths with relative freedom, it can be hard to take people such as Dr. Immanuel seriously. That’s why she’s become the subject of ridiculing memes. That’s why someone commenting on an article sharing her “demon seed” and “alien DNA” claims insisted the article had to be a hoax or smear campaign of a doctor that Trump endorses. Nobody would believe such ludicrous things.

Except it is true. She is a deliverance minister. Dr. Immanuel does endorse the idea of “spirit husbands” who leave their “seed” in women causing issues such as endometriosis, et al. She makes claims about “studies” that have no substantiated basis in reality to support her claims. But presumably, people believe her.

So, while what she is saying has no basis in reality or fact (CORONA false claims, demons, alien DNA,) we should not dismiss her out of hand. And Trump’s elevation of her as an ‘expert’ is problematic for a couple of reasons.

The Wild Hunt has shared an article detailing why Dr. Immanuel’s rhetoric is more than silly but is in fact dangerous. According to The Wild Hunt, Immanuel has been making her “demon” and anti-witch claims from as early as 2013 and in 2015 preached a message about a witch with an “Illuminati” plot to destroy the world. And sadly, she’s not alone in that belief. I still know someone from my former Christian life who promotes the Illuminati “plot” by (Satanic) witches in her own ministry.

And while the threat to American Witches and Pagans may not be an issue here, as former editing manager of TWH, Heather Greene is quoted as saying: “The Pentecostal movement has been the cause of so much harm to the citizens of many African nations. Death. Child neglect. Child Beatings. Torture. Dismemberment. The doctor’s belief in demon sperm is funny here in the US but it’s very serious in sub-Saharan Africa. Witchcraft means something different in those cultures than it does here.”

As mentioned, I remember hearing about this issue years ago as a Christian. While it is tempting to mock this woman for her more outrageous soundbites, it behooves us as American Witches, Wiccans, and Pagans to remember that the freedom of religion we experience is not the norm everywhere.

And as with the European “Burning Times” and Salem Witch Trials, most of the people (women and children) accused and murdered as witches in places such as Saudi Arabia, Nigeria, etc., they are most likely not practicing witchcraft at all. Not even local folk magick. Just innocents who pissed someone off or got in the way of religious zealots. Immanuel may be in Houston now but she is still promoting inflammatory teachings to fellow “believers.”

We Still Have Our “Trials” In America

While it is true that Witches, Wiccans, and Pagans in America do not have to worry about being executed for practicing witchcraft, there are still many places around the country where people do not feel free to be out of the broom closet. People who will lose friends and family should they discover the truth.

There are folks living in conservative Christian areas who do not feel safe letting their neighbors, employers know that they are a Witch, Wiccan, or Pagan. There are some who are concerned they could lose their jobs or housing if their spiritual path were to be made known.

Is that legal? No. Could they fight it? Sure, there are legal protections that can be used. But that doesn’t erase the emotional tension such a reality causes. We have some 3 Pagans and a Cat listeners living in Southern states who have confessed to us that if certain neighbors knew they were anything other than Christian, they could be harassed.

Not long ago, I saw a video of a Canadian Witch who has had to deal with such treatment from a neighbor calling the police and housing association to complain about the ritual art in her back yard, the placement of her herb garden, etc. Reported her over twenty times in a year if I remember correctly. All because she was honest with the people about her spiritual path when they moved in next to her house.

No. I Don’t Think We Should Worry

Yes. People such as “Dr. Stella” should be taken with a grain of salt about “demon sperm” (and ignored when it comes to CORONA). However, it does behoove us to remember the origins of her belief structure.

Be mindful of the reality of actual witchhunts still happening in other parts of the world. Light a candle for the victims of such cruelty. And be thankful we live in a country where we can choose to practice our spiritual path and witchcraft for all the world to see. It may not be easy (for reasons mentioned) but we can do it. 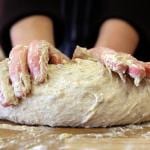 July 28, 2020
Lammas/Lughnasadh: Connecting to Nature Through Baking
Next Post

August 7, 2020 Grief: Moving Through The Dim Unknown
Recent Comments
0 | Leave a Comment
Browse Our Archives
get the latest updates from
3 Pagans and a Cat
and the Patheos
Pagan
Channel
POPULAR AT PATHEOS Pagan
1