Living In A Metaphorical Space

Living in a metaphorical space known as “the broom closet?”

It’s perfectly fine if you do. No judgement. Many people find themselves living within a metaphorical space as a Witch, Wiccan, Heathen, Druid, Pagan, et al., either by choice or circumstance. In fact, it’s pretty common to do so, as we live in a country (world?) with a significant overculture clinging to ideas of what it means to be a magickal practitioner or walking a spiritual path as a Pagan.  These ideas are wrong but that doesn’t always stop people from acting upon their erroneous knowledge and making life uncomfortable.

“Witch Hunt” became part of our cultural lexicon for a reason.

Early on, as part of the 3 Pagans and a Cat podcast, Car, Ode, and I have talked about what it means to live in, or come out of, the broom closet in an episode titled Monikers and Metaphorical Spaces. We also talked about pagan or magickal names in that episode, hence the “monikers” part. We’ve shared the content in a class we’ve created at Michigan Pagan Fest and the upcoming Detroit Pagan Pride.

So let’s explore this topic. What does it mean to live in the “broom closet”? The best description is maintaining a private face and a public face which do not intersect. There are many reasons for keeping these identities (for lack of a better word) separate, but most often it comes down to relationships. More accurately, the fear of how coming out as a Witch, Wiccan, or Pagan may have a detrimental effect upon those relationships. Meaning a spouse, children, family, personal, neighborhood, or business relationships. Affiliations which often contribute to who we are,  or can become,  as individuals.

There may be some of you asking, “Why is this such a big deal? Just be who you are and don’t worry about what others say.”

Easier said than done. Most human beings are communal by nature. We thrive on good relations, keeping the peace with people, whether at home, work, a favorite hangout, or in an activity.  Therefore, having a spiritual or religious belief system (lifestyle, identity, etc.) which runs counter to what’s considered “the norm” of society,  can cause stress or conflict with certain individuals or groups. Sometimes, the concern turns out to be more imagination on the part of the person in the broom closet than reality. But what if the stress or conflict is not imagined causing true problems to arise? What if the outed person is then verbally, emotionally, or (gods forbid) physically harmed? Letting people know you are a Witch, Wiccan, Druid, Heathen, or Pagan can be a risk.

There are three ways people walking the path of the Witch, Wiccan, Heathen, Druid, or Pagan might choose to live:

Tell everyone – You’re loud, proud, and walk right into that Christian owned store wearing a pentacle and “Hex the Patriarchy” t-shirt. (I have done that, btw).
Tell no one – Your spiritual and public faces are separate. For some individuals, this includes hiding your practice or spiritual path from your spouse, children, friends, family, co-workers, etc. (My choice in the past).
Do a Little Bit of Both – You’re loud and proud to family, friends, co-workers, neighbors, and that Christian store mentioned above. You use filters in your online presence to avoid dealing with people who you don’t see often or with whom you do not wish to foment drama through emails, comments, memes, or pointed posts directed at your “salvation.” (I do this one too).

You are never obligated to share your religious/spiritual life with anyone. Don’t let anyone tell you anything different.

As a Witch, Wiccan, Druid, Heathen, or Pagan, being “out” is a joyful thing. The Patheos Pagan Facebook Banner which reads, “Proud to Be Pagan” makes me smile every time I read it. However, there are reasons I use filters on my Facebook page and this is why. My husband is out to everyone he knows with the exception of one person. His mother. Car has reasons to not risk their relationship by revealing himself as a Druid. To honor his wishes, my children and I remain “broom closeted” on Facebook and social media.  This is the reason we use our Pagan/magickal names for the podcast. Car will come out to his mother or let the Fates handle the revelation. In the meantime, I will do my best to honor his wishes.

Never “out” somone without their knowledge or permission.

We cannot know a person’s reason for remaining in the broom closet if they choose not to tell. The person may have a spouse who will file for divorce and take the kids. Some people could lose their job. For instance, Michigan is a “right to work” state. This means an employee can leave without notice but also allows an employer to terminate someone without giving a specific reason.

There are 3 Pagans and a Cat listeners from various areas of the “Bible Belt” who tell us they remain closeted for their own protection or that of their children. In an age where alternative religions are growing, the hope is that such prejudices will dwindle over time. The more we educate people to look beyond their own religion’s mythology in regard to witchcraft and Paganism, the better our future can be.

Wisdom in moving forward is key. Let people decide when (or if) they want to announce their spiritual status to the world. They know their own situation and relationships the best. And if a person is not ready (or may never be able) to leave the broom closet then so be it.

Tips to make life easier in the Broom Closet:

In an ideal world, every person who practices witchcraft or walks the Pagan path should be able to do so without losing relationships, job, housing, etc. We do not live in an ideal world. However, the tide is turning. More people are embracing what we, as Witches, Wiccans, Druids, Heathens, and Pagans, have known for centuries — we are part of nature and there is more than one way to understand “truth”. I’ll be discussing life outside the broom closet soon. In the meantime, embrace who you are as a magickal practitioner, spiritual person, or whatever you may be, in a way which makes you feel safe.

Remember – A broom closet does not define you. No metaphorical space tells you who you are. Hidden or open.

About
Gwyn is one of the hosts of 3 Pagans and a Cat, a podcast about the questions and discussions between three pagan family members, each exploring different pagan paths and how their various traditions can intersect. The most practiced pagan on the path, Gwyn is a Modern Hekataen-Green Witch, Devotee of the Covenant of Hekate, and Clairsentient Medium. She loves working with herbs, essential oils and plants. In the past, she has been a musician, teacher, and published author. Now, together with Car and Ode, Gwyn is a teacher/presenter at multiple Pagan events and loves to chat about witchcraft, spiritual things, and life in general You can read more about the author here.
Previous Post 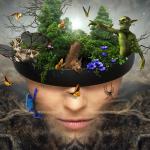 July 15, 2019
Religious Not Spiritual. Spiritual Not Religious
Next Post 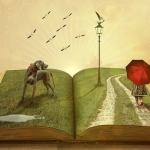 July 19, 2019 Review of Absinthe, Alewives and Alchemy
Recent Comments
3 Comments | Leave a Comment
Browse Our Archives
get the latest from
3 Pagans and a Cat
Sign up for our newsletter
POPULAR AT PATHEOS Pagan
1