Religious Not Spiritual. Spiritual Not Religious

Over the years, the journey which has brought me to who I am as a Witch today has been complicated. For most of my life,  you could have summed me up with the words “religious not spiritual,” although I never would have recognized myself as being so. Listeners of 3 Pagans and a Cat, and/or readers of my posts on The Agora, know to what I’m referring. Now, I can say I’m “spiritual not religious.” Even so, it’s taken me awhile to figure out the difference between those phrases. However, let me share a bit of my past with you so you’ll understand where I’m coming from.

As a child, nature and magick sparked my interest and attention from an early age. I felt a kinship to the trees which grew in our yard and the little stream which crossed from our pond through a pipe under the road to a small spring on the other side. Spirit beings made their presence known to me, although I didn’t understand who they were or what they wanted. I did figure out pretty quick these beings were not apparent to everyone. Even as a young child, I knew seeing or knowing about these spirit beings was not something to talk about with other people, especially my parents. They would have dismissed my experiences as imagination.

Over time, being raised in a conservative church, the idea of spirit beings who were not God/Jesus/Holy Ghost became spooky. Threatening. Angels were alright. They were “Holy Servants of God.” Anything else became demons because nature spirits, “ghosts” or the “spirits of the dead” did not visit the living or so the Bible teachers said. Spirit beings who did not meet the proper qualifications were either myth or deceptive. And people who spoke to those “other spirits”  were “sinful” or “evil.”

You can guess how I felt about myself and the ability to sense “other” spirits.

Looking back, as a Christian I defined reading the Bible, going to church, and doing “good works” as spirituality. Christians will say they have a relationship with their God and such deeds, along with prayer, worship, and a change of carnal desires or attitude, are the evidence. Throughout my life, I did these activities as a way to get closer to God. If He felt distant the fault lay within me. Perhaps prayers or bible study were lacking or I forgot to ask forgiveness for an unremembered “sin”. Maybe I wasn’t going to church or doing enough.

But was I being spiritual or religious?

In the end, I came to realize religion overshadowed everything I did, defining who I was.  Religion that became dogmatic and intolerant of anyone living outside that sphere of understanding. Spirituality got lost in translation and so did I. But then that was the goal of my former belief system – to save me from a “corrupt” world, transforming from a “sinful” daughter of Eve into a “new creature”, to be “Christ-like.”

Upon leaving Christianity for good and all, I’ve dedicated myself to avoiding the pitfall of becoming religious.

I have called myself a secular Witch, even though there are Goddesses with whom I’ve worked, and consider myself a “soft” animist. Yet, I’ve struggled to understand what it means to be spiritual without the burden of being religious. I’ve had glimpses of it through working with the Earth Mother as a Green Witch. By digging my hands deep into the soil, planting and nurturing herbs and flowers in my garden. Sitting under trees and sensing their aged wisdom, walking in the night under the light of the moon. I’ve learned about spirituality, not by the activities themselves,  so much as through the energetic and spiritual exchange found within nature for which I have no words other than “good” and “right.”

There is joy in this which surpasses all my understanding when I am working within nature, even where there is a caution or danger to avoid. There is beauty in the energy which I both give and receive. Through this kinship I am defined as a person. My worldview is sharpened and brought into focus. This is Witchcraft, for me. None of this feels like religion to me. This, for me, has always been spiritual. I think it has defined spiritual for me since childhood, it just took accepting myself as a Witch to recognize the connection.

However, through a newly declared devotion to Hekate, I am learning to expand my experience of this natural connection. Is this religion? Perhaps. But the feeling and expectation is different. This Goddess does not require me to change my essence for her. Neither does she ask me to displace or give up the other goddesses with whom I work and honor. My sovereignty remains intact even as I chant her many names or epithets, offer incense at the altar or food at the crossroads at the Dark Moon. Yes, there are rituals, prayers and “hymns”. However, my independence of spirit, desire, will, and thought remain wholly mine, without chastisement, wrath or guilt. There is not always an energetic exchange with Hekate, as I have experienced with the Earth Mother, but when I need her she does respond.

I believe this was the missing component of religion and spirituality for me all those years as a Christian and may still be for many others who have been leaving that and other major religions to explore what Witchcraft, Wicca, and/or Paganism of some variety has to offer, as the statistics are beginning to show. A sense of primacy, self, and rightness which has either been yielded or lost. In the end, I have come to believe that true religion and spirituality (or lack thereof) are ultimately defined by each one of us.

Maybe the words don’t even matter, so long as what we are doing feels right and who we are as a unique being remains. 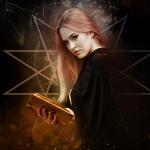 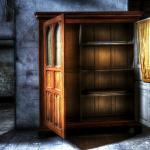 July 17, 2019 Living In A Metaphorical Space
Recent Comments
7 Comments | Leave a Comment
Browse Our Archives
get the latest from
3 Pagans and a Cat
Sign up for our newsletter
POPULAR AT PATHEOS Pagan
1

When Grief Comes 'Round on Cat...
A Modern Traditional Witch
Related posts from 3 Pagans and a Cat