Cakes and Wine . . . A Little Bit About Alcohol in History and Ritual

Cakes and Wine . . . A Little Bit About Alcohol in History and Ritual September 26, 2012 Jason Mankey

“Quickly, bring me a beaker of wine, so that I may wet my mind and say something clever.” -Aristophanes

To me, alcohol is a sacred substance. I’m well aware that it can be abused, probably more aware than most. My mother is an alcoholic and her alcoholism is the reason we haven’t spoken to one another in nearly thirty years. I can still picture one evening where my mother refused to leave a party with my father, brother and I. She chose drinking over me. I will never forget that heartbreaking moment for as long as I live. I love my cider and I love my scotch, but I do not do so flippantly or without pausing to reflect on the problems that alcohol can cause. Just because alcohol is something I see as sacred does not mean that I’m blind to its more destructive properties.

All of that being said, alcohol has been seen as sacred by many for thousands of years. It’s completely possible that alcohol is the reason for civilization. 10,000 years ago humans began leaving behind their hunter-gatherer ways for an agricultural, sedentary existence. We take it for granted that an agricultural life-style is more desirable than a hunter-gatherer one, but 10,000 years ago that wasn’t the case. Our hunter-gatherer ancestors lived a life of abundance with a varied diet and a great deal of leisure time. In contrast, planting crops was a recipe for malnourishment, hunger, and a lot more work. With no apparent benefits, why did people start farming when the alternative seems so much more attractive? One of the various and competing theories is that people began farming because they enjoyed alcohol.

Think about the things that people farmed 10,000 years ago, it was all generally grains. People didn’t leave their hunter-gather lifestyle behind to grow zucchini, they grew cereal crops; crops that stored well and tended to turn fizzy and sweet when left undisturbed in a little water. Leave a plate of gruel on the dining room table for a few days and it will turn into an early version of beer. Not only was early beer pleasant to the taste buds it was also packed full of calories and vitamins, most notably Vitamin B which until the rise of agricultural had been obtained though meat. Beer kept people healthy and the people knew it, and eventually they thanked the gods for it and gave praise.

In addition to inspiring people to settle down, alcohol might well be responsible for a whole host of other things. What did people store in their earliest attempts at pottery? Beer. In ancient Sumer beer was used as a form of payment and people were paid in it. The earliest cuneiform (the Sumerian writing system) tablets contain a pictograph for beer, a pictograph that was later refined into something like a letter. In Sumer beer was seen as a civilizing force, and a sociable activity. Early beer tended to have a lot of things floating in it so it was consumed through straws to minimize the chances of swallowing a stick. As methods for crafting beer increased in complexity the debris that formerly plagued the drink was removed, but people still used straws to retain the social aspect. As brewing beer became more sophisticated the beer began to be boiled, making it the safest drink around.

The Sumerians weren’t alone in their love of drink. Many of the early great civilizations were drinking cultures. In Egypt the lower classes loaded up on beer while the pharaohs and their courts consumed wine. The Greeks were the first great wine culture, and their love of the drink influenced the Romans to become the second. The Vikings had their mead halls, and in the 18th Century the English consumed nearly as much gin as they did tea. Most of these cultures didn’t walk around inebriated the majority of the time. Greek wine was generally watered down, and early beer had a pretty low proof. There were probably a lot of buzzed folks, but very few sloppy drunks.

In my own personal practice the mini-ceremony known as Cakes and Wine** is called Cakes and Wine for a very specific reason, because you are supposed to use some sort of cake and wine. When I lift up my chalice full of wine (or cider) during ritual, or plunge an athame into its red waters, I often stop to think about the substance it contains. My chalice is full of alcohol because it honors my gods and my pagan ancestors. Wine is a gift from the divine, and gifts from the gods are not to be taken lightly.

Alcohol is a gift with a dangerous, even fatal, edge. It may have helped create society, but it’s also destroyed families and lives. It is a sacred substance not to be trifled with, and as such, it has enormous meaning to me. I don’t drink wine during ritual just because “it tastes good,” I drink it because it’s a part of my faith. 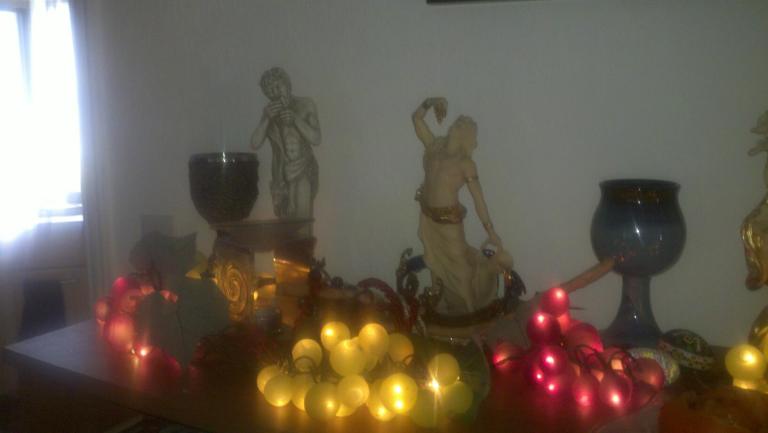 Modern Paganism has a long history of alcohol use and endorsement. It shows up in 1899 in Leyland’s Aradia where the drinking of wine is described as a sacred act: “I drink the blood of Diana, Since from wine it has changed into her blood, And spread its self through my growing vines” and then a bit later in the same passage the idea is repeated “If drinking from this horn I drink the blood-the blood of great Diana” Perhaps a bit more Christian Communion-like than I might prefer, but I still appreciate the sentiment.

Aleister Crowley once wrote “The Law of Thelema definitely enjoins us, as a necessary act of religion, to drink sweet wines and wines that foam. Any free man or woman who resides in any community where this is verboten has a choice between duties: insurrection and emigration.” Gardner celebrated “Cakes and Wine,” and you can find mention of it in books by nearly every prominent Pagan writer since. A High Priestess once told me that “wine is alive” and in a literal way because of the yeast within it. To me, it doesn’t get much more sacred than that.

I have been to some amazing rituals where all that’s in the chalice is sparkling grape juice*** and my world didn’t come to an end. The gods still showed up and one could still feel energy radiating from the circle. But when an alcohol free ritual is over, I always feel the need to get away for a little while and toast the gods with what I believe is sacred. Like so many who came before me, I praise the gods with good cheer and wine and beer.

(You can like Raise the Horns on Facebook, or go a step further and like Jason’s Facebook Page), not that anyone’s begging or anything, and even if I did I doubt it would help.)

*This number keeps getting moved back, with some scholars now saying the dawn of the agricultural age began almost 13,000 years ago.

**Or “Cakes and Ale,” which is an old English expression meaning “the good things in life.” The term Cakes and Ale was even used in Shakespeare’s (or deVere’s) 12th Night, “Dost thou think, because thou art virtuous, there shall be no more cakes and ale?”

***And I whole heartedly believe that when it’s possible all groups should provide both sides of the coin. 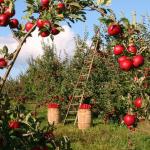 September 28, 2012 Gateways to Paganism: Tori Amos
Recent Comments
0 | Leave a Comment
"Some of my favorite artists are racist or misogynists. I like their art and though ..."
I. H. Hagar Liminal Gateways & Porous Boundaries
"Jethro Tull. Songs From the Woods is full of witchy feeling songs. When Ian Anderson ..."
I. H. Hagar Liminal Gateways & Porous Boundaries
"Just saw this today and it's amazing how timely it still is."
Curt Clark Witches Keep Witching
"I have given you a ration of dung for what I've seen as "woke" arguments ..."
kenofken The “Woke” Horned God
Browse Our Archives
get the latest from
Raise the Horns
Sign up for our newsletter
POPULAR AT PATHEOS Pagan
1