The Gods Aren’t Endorsing Anyone For President

The tagline at Patheos is “hosting the conversation on faith,” but if you were to just glance at the front page of the site you might mistake that tag-line for “yet another website participating in the political conversation.” I get it, the election currently over-shadows everything but the baseball playoffs and the National Football League (at least in my house), I just wish I could escape from it periodically.

The United States is the one Western Democracy where faith and politics aren’t just bedfellows, but lovers with bodies entwined in the craziest of sexual positions. Going back to the front page of Patheos, there are three articles under “Editor’s Picks” with thoughts on Tuesday’s debate. The top story in the big colorful box relates the white-washing of Billy Graham’s ministry (probably directed by son Franklin) when it comes to views on Mormonism (back to bedfellows again, where politics make the strangest ones). Not every story on the front page of Patheos is related to politics or the election, but a large percentage are. (We won’t get into what should be on the front page, like a long, well-written post on the History of Halloween, I’m sure it’s coming up next week.)

I’ll admit to being a political beast. My wife and I have donated to the Obama campaign and when I lived in a swing-state I went door to door for the man. I support Obama because I feel strongly about several social issues: gay rights, the rights of women, and abortion. I don’t expect everyone to feel the same way I do, and everyone is entitled to their candidate and views (just don’t say anything that’s completely untrue). 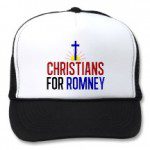 What makes my politics different from that of an Evangelical Christian is that I’m not sure how much of a role my faith plays in them. There’s nothing in my Book of Shadows mapping out how I should feel about the death penalty or even capitalism. In a quiet moment with Pan he’s never expressed to me what our foreign policy should be. I’ve never been in a circle where we’ve Drawn Down the Moon and had the Goddess tell us who to vote for. I love Paganism because it provides me with a direct-line to deity, yet those deities have always been silent about politics.

As a Pagan there are two issues that probably apply to the whole community: the environment and the rights of minority religions, but even then I’m kind of hesitant to think that all Pagans feel that way. I know Pagans who have voted for Tea Party Candidates and think that Sarah Palin is the right-wing Oprah. Perhaps they feel strongly about the environment and religious rights, but they aren’t always voting for candidates that make those issues a priority. There are also many Christians who worry about the environment and care deeply about my right to worship as I choose. So even the most “Pagan” of issues are things that lots of people care about (regardless of individual faith), and that some Pagans have low on the political priority list.

I know that there are many Pagan groups who place a high priority on issues of social justice, and I feel much the same way, but I think I would feel the same way if I was a Progressive Christian and not a Pagan. I’ve never seen a group of Reclaiming Witches go door to door for a candidate. I know that some of you will do rituals supporting the candidate of your choice, which is your right, but that’s probably not much different than a family praying for a particular candidate. What’s always unsettling to me are “National Religious Leaders” who make an endorsement for a candidate (like the Grahams support of Romney). As spokesmen (and women) for their faith they are basically giving Yahweh’s endorsement to Romney, and that bugs me.

I just don’t think the gods, any gods, care at all about politics. I don’t care if that god lives near the star Kolob, once resided in the Holy of Holies, or was worshipped on the Acropolis in the Parthenon of Ancient Athens. I just can’t see gods, divine beings with memories that span millennia, getting all worked up over things that would feel like seconds to them. I think my gods care about me (and that your gods care about you), but I can’t picture Cernunnos reading the latest misleading headline over on The Huffington Post or spending his morning watching Fox and Friends. It’s not that the gods aren’t worried about this world, it’s just that some decisions are made by people, and some things are controlled by higher powers, voting is not one of those things.

If any god were intensely interested in American Politics wouldn’t they conjure up some sort of miracle expressing their preference? Perhaps Mormonism’s long lost Golden Tablets would suddenly appear the Monday before Election Day? How about the Virgin Mary giving a sign of approval (or disapproval) to either Biden or Ryan this weekend? Maybe her image could appear on a burger Biden was about to eat, or on Paul Ryan’s exercise equipment? I’ve got a day-dream floating around my head that has Jesus blessing an Obama campaign stop, turning a backyard barbecue into a banquet of plenty of for the hungry, with some saying it was a sign from above and others claiming the miracle was a result of demons.

I don’t want to argue that Paganism doesn’t inform our choices and therefore contribute in some way to how we vote, but we don’t require an anointing by Starhawk to legitimize voting for a particular candidate. Romney’s visit to Graham was an anointing, “look Evangelicals, you have nothing to fear from this Mormon he’s sitting next to Billy Graham.” No one’s kissing the pentacle ring on T. Thorn Coyle’s finger, and that’s the way it should be.

I know of very few Pagans engaging in some sort of crusade to elect a particular candidate. While there is a Facebook group called Christians Against Obama’s Re-Election, there is no equivalent Pagans Against the Election of Romney. No one is going to questions someone’s Paganism because they choose to vote for Mitt Romney or Gary Johnson. While some of you will disagree, I think our community is stronger for having different types of voices. I’d be fearful of a day when a candidate become a litmus test for a particular religious denomination.

I was just scouting the 22,000 strong Christians for Mitt Facebook page, with alarmist status updates such as “Friends, WE are needed to turn out the vote to save our country.” I’m not a fan of Romney, but I don’t think the country is at stake. It might turn in ways I disagree with, but it will survive. That’s the difference between a faith that informs my choices, and faiths that see politics as some sort of celestial war between different religious ideologies.

I think it would be great if Athena, Goddess of Wisdom, chose to visit our political arena and chime in on who we should be voting for, and what ballot initiatives we should support. It would make everything so much simpler, but I think she’s far too smart for that.

October 23, 2012 The Court And My Pagan Vote
Recent Comments
0 | Leave a Comment
"I own the first 4 on your list and I'll agree with you on the ..."
Wolf 5 Worst Witch Books Ever (Possibly)
"After COVID-19. You mean when we're all dead?"
Mithrandir Greyholm Through the Looking Glass: The Pagan ..."
"What I have been contemplating lately is "what is living and what is simply existing?" ..."
Woods Wizard Through the Looking Glass: The Pagan ..."
"That isn’t true. I am a trans man (‘female to male’) and I am also ..."
Cider Pony That’s Not Our Paganism (And You ..."
Browse Our Archives
Follow Us!