On Vacation, But Links and Stuff (and Cats)!!! 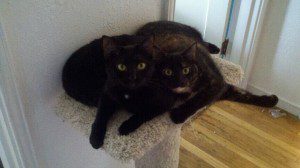 I’m taking a few days off for Thanksgiving, but thought I would provide a few links and other things until I return on Monday (or Tuesday). Lots of great stuff coming up in December, and then lots of traveling and other assorted things in January and February (some of it will be really crazy!). And for those of you wondering, yes, those are my cats. Evie (Eee-Veee, short for Evening) is the little one on the left, and the tortie is (Mid)Summer. Evie is “mine” in the sense that she licks my hair, while Summer is spoiled rotten by my wife.

I’ve spent a lot of time writing about Thanksgiving the last couple of weeks. It’s not a Pagan holiday in the traditional sense, but I love it just the same. If you are fascinated by the little seen corners of history, Lauren DeVoe’s The Other Thanksgiving is a great read, even if you aren’t into the current pirate fad. There’s also my list of holiday gift buying suggestions, if you are into that kind of thing.

The BBC had a nice (or not so nice for us) article about Witch Pickers in the 17th Century that’s worth a look. If you are worried about the Mayan Calendar and the impending of the world you probably shouldn’t be. 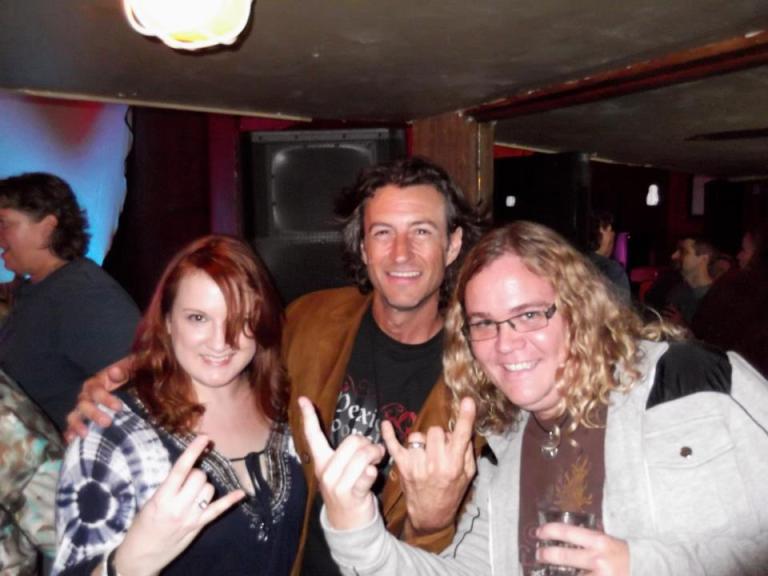 My wife, the great Roger Clyne and me, Raising the Horns!

Sometimes the Pagan Blogosphere will pick up an idea and run with, lately that’s been the case with “embarrassment in/of the Greater Pagan Community,” and I realize I’m not providing much context with that generalization. It all began in October over on, Bishop in the Grove, and spread from there. My favorite take on this came from John Halstead over on The Allergic Pagan, and other interesting responses came from Drew Jacob and Alison Lilly. Great reading on a topic I’m too scared to write about, and probably lack the nuance to do anyways.

I’m so thankful for the last six months here on Raise the Horns. It’s been really great, and I appreciate everyone who has stuck with this little blog during the recent changes here at Patheos Pagan. For those of you who have enjoyed the blog there is a donate button on the right side of the page. I don’t want to make a big deal out of it, but I do spend a lot of hours writing (and researching) all of the things here. I don’t expect to make a living blogging, and I don’t think anyone owes me a darn thing, but a little help covering expenses is appreciated, as is simply linking to and sharing my various ramblings.

You all are great, thanks for reading. 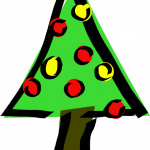 November 28, 2012 Wrestling with Esbats
Recent Comments
0 | Leave a Comment
Browse Our Archives
get the latest updates from
Raise the Horns
and the Patheos
Pagan
Channel
POPULAR AT PATHEOS Pagan
1