Running From the Word Pagan 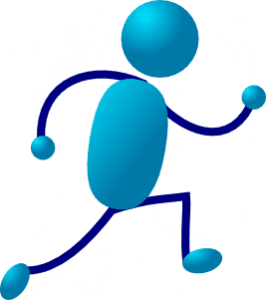 Yesterday on Google Plus someone* posted a few paragraphs announcing their decision to abandon the moniker of “Pagan.” Lots of discussion ensued, and since then I’ve seen those paragraphs linked to a number of times on my Facebook feed. I’m still not convinced that a lot of what goes on in the Pagan Blogosphere trickles down (and that trickling does include online communities), but this apparently caught the attention of some folks.

Such pronouncements aren’t really new though. Drew Jacob’s Why I’m Not a Pagan is over a year old at this point. So while this ex-blogger seemed to touch a nerve, her pronouncement shouldn’t have really surprised anyone. For the record, I’m fine with people calling themselves whatever they want. If you don’t think “Pagan” suits you that’s your prerogative. It’s your journey, you make the decisions, and I know a lot of Pagans who don’t like the term Pagan, but they are kind of stuck with it.

I’ll grant you that Pagan is not a great word. It has all sorts of definitions. It’s an adjective and a noun, and comes with some rather negative connotations. It’s a word we use to compartmentalize a rather large and diverse religious population. I’ll be the first to admit that it comes with problems. However, we’ve kind of decided certain things about it. If you are a polytheist worshipping Western or Middle Eastern deities and hanging out with people who call themselves Pagan, well you really can’t run away from the word.

Sure, you can add other qualifiers to it, and perhaps use them almost exclusively. I know lots of people who don’t typically use the word Pagan to describe themselves. They call themselves Druids, Witches, and Thelemites, but most of them will admit that their larger communities (both on and offline) are most likely to be labeled as Pagan.

The only way to really distance one’s self from being a Pagan is to leave behind all of the other people who call themselves Pagan. I was always confused by Drew Jacobs’ Why I’m Not a Pagan piece because he was active in the Pagan Community. Drew writes for Patheos Pagan, if you don’t want to be called a Pagan it’s probably hard to do that while writing for something with “Pagan” in the title. You may not think of yourself as a Pagan, but if you are using Pagan language, shared Pagan experience, and interacting with Pagans you shouldn’t act surprised when someone uses that term to describe you.** 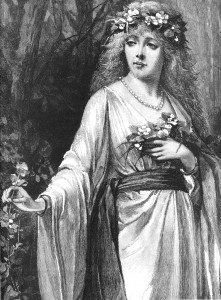 Lots of Pagans do ritual outside of the “Eclectic Wiccan Framework” too, so the “I’m not a Pagan because I do ritually differently than the rest of you” argument doesn’t really work. Crowley-inspired ritual is different from ADF Ritual, and while I’m not a fan of those two ritual structures I still find that I can easily converse with the people inside of those traditions. I often find myself completely baffled when I stumble into ritual inspired by the (Victor and Cora Anderson) Feri Tradition, but I certainly relate to the practitioners and think of them as a part of my extended community. I know a lot of Hellenic Reconstructionists who shy away from the Pagan moniker, but we go to the same festivals, and those people and I can certainly chat for hours at a time about a shared religious experience even though we practice it in different ways. It’s hard for me not to think of them as Pagans. Maybe it’s just selfishness because I want all of those folks in my tribe, but I certainly don’t call them Pagan out of disrespect.

What if my neighbor who worships Jesus and attends the nearby Mega-church told me that she didn’t like to be called a Christian? I’m pretty sure I’d still think of her as a Christian. There’s guilt in association, and Christians tend to worship Jesus. Modern Pagans tend to be polytheists and worship ancient gods. If you do those things you will most likely get labeled as a “Pagan.” Even scholars would probably characterize such religious choices as “Contemporary Paganism.”

If you don’t want to be called a Pagan or be thought of as a Pagan, the only real solution is to probably divorce the Pagan Community and then not share your spiritual beliefs with anyone. I know that sounds a little harsh, but it’s true. Perhaps out of politeness I won’t call you a Pagan, but I’m still going to think of you that way, and so is most everyone else. Perhaps the term “Magickal Community” might apply here, but the moment you inject gods into the equation I’m thinking “Pagan” all the way. I apologize in advance.

It’s hard to control the use of words. You can leave the word “Pagan” behind but it’s probably going to follow you regardless. If you hang out with other Pagans they’ll think of you as one of them, a Pagan. If you explain your religious choices to someone outside of Paganism and include a reference to the worship of Greek or Celtic gods some of those people will even call you a Pagan. Again, the word Pagan is not perfect, but it’s here, and it’s what we’ve been labeled with. I for one don’t plan to shy away from it.

*Publish a pronouncement like that on a blog and I’ll link to it. Do it on social media and I become hesitant to do so. Besides, I’m going to take you at your word. If you don’t want to be called a Pagan and are trying to leave that world behind I have to assume you don’t want to be linked to.

**I don’t mean to pick on Drew here. Talented writer, fascinating thinker, but his pronouncements have been very public so I have to assume he doesn’t mind them being referenced or written about. Besides, I doubt he really cares about my opinion anyways.

January 11, 2013 Big Tent Syndrome (Or Running To the Word Pagan)
Recent Comments
0 | Leave a Comment
""Different world views mean more than different ways of practicing, and they often encompass completely ..."
Falkenna The Promise and Peril of “Pagan”
"I use the word Pagan because in my community its safer than Witch. I don't ..."
Michelle Gillian The Promise and Peril of “Pagan”
"Loosing friends is indeed a long term grief."
Opens Heart Lessons Learned: Ten Years at Patheos ..."
"Don't forget peeling an apple in one strand to toss it over your shoulder to ..."
Wolf Samhain is What You Make of ..."
Browse Our Archives
Related posts from Raise the Horns