The Light & Shade of Modern Paganism 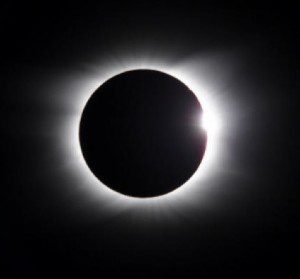 This past weekend I went to see the band Blood Ceremony. They don’t exactly live up to their name, but they are a doomy Black Sabbath-inspired metal band with lyrics full of references to black magick and Satan (there’s also a flute in there too, but that’s besides the point). With songs like My Demon Brother it’s not something that most of my friends are going to run out and see with me, but I was completely in my element. Blood Ceremony is certainly not a Pagan band in the sense that they are making music for Pagans by Pagans, but their kind of music embodies a certain Pagan-vibe that I enjoy visiting on occasion.

Modern Paganism (and by extension British Traditional Witchcraft which is what I’m an adherent of) is not all sunshine, lollipops, and rainbows; sometimes it carries a little darkness with it, and I like that. How many other modern faiths have a major holiday dedicated to the dead crossing back over into this world? I’m not wearing my tie-dye to Samhain that’s for damn sure. When I lead an October Ritual I want the hair on people’s necks to stand up. I don’t necessarily want to scare anybody, but I do want people to be aware of the shade that’s inevitably a part of our lives. 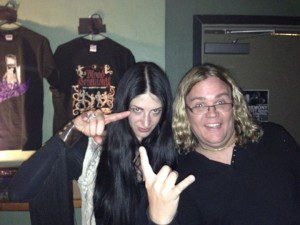 Before the late 1960’s Modern Witchcraft (the first out in the open long lasting Modern Paganism) was probably seen as spooky by many people. Hushed and secret initiations, gods of death, skyclad rites, ritual blades . . . . . if you weren’t aware of what it all meant it was probably a little scary, which was mostly a good thing. People like being scared and fear can often lead to a heightened sense of awareness. Secret (and oathbound) initiation rites are effective because the “not knowing” can leave one exhilarated, cautious, and fearful simultaneously. The night I dedicated myself to the gods I was half-terrified and that was a ritual of my own design. I think the gods are real, and that their power is real, which means I think there are some aspects of Modern Paganism best approached with caution.

This past Autumn I put together a Samhain Ritual where I had my wife Draw Down the Moon (more specifically draw down the Lady as the Goddess of Death). After she drew down The Lady she beckoned me to come and attend her. When I walked up to her (or probably more precisely “them”) I was a bundle of nerves, fears, and tears. This is the Goddess, a power that can see right through me, there is no hiding of anything when I’m in her presence. I revel in her power and majesty, but because there is so much power and majesty I walk with a degree of trepidation. I know that nothing negative is likely to happen in such situations, but kneeling before the Goddess of Death while she is carrying a sword is not a time for shits and giggles. 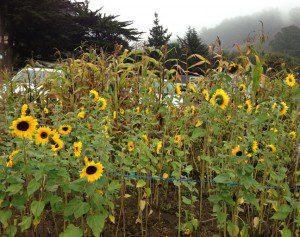 Modern Paganism arose from the Western Magical Tradition, and as a result has a past that lies in various occult and esoteric rites. Most of us have moved on from a lot of those practices, but the images behind them continue to hold a lot of sway in my mind. I like Witches in black and some of the eeriness that comes from chanting over an iron cauldron in the moonlight. I enjoy cranking up a dusty old Robert Johnson LP and wondering what (if anything) happened at the crossroads back in 1935. I don’t want parts of my life to turn into a B-grade horror movie or anything, but I’m comfortable with the world’s darker corners and find value in them from time to time.

Paganism doesn’t only exist in the shadows, it’s also a mindset that can reach up to and cherish the light. While it’s hard for me to imagine a Yule ritual at the height of day, it’s also equally hard for me to picture a Midsummer ritual at midnight. There are days when I want to paint my world with sunshine and tie-dye. I love losing myself in sludgey dark metal riffs, but there are also times when I find myself lost in The Grateful Dead’s American Beauty LP. Some moments are all about “sunshine and daydream, walking in the tall trees, going where the wind blows, living like a red rose . . ”

Music is probably an imprecise vehicle for expressing the ideas of light and dark, but when I’m watching a jam-band I can’t help but think that I’m the only person there who probably also likes Slayer. Walking through musical sub-genres reminds me a bit of the two sides found within Modern Paganism, and how I walk with both of them. I can be surrounded by Deadheads or in the middle of a goth-bar and feel like I’m among friends and family. I don’t have to pick simply one aspect of my being to celebrate, everything is allowed on the table. Darker music allows me to turn inward and then expel the negative. Brighter tunes can be cleansing or perhaps stir up a happy memory.

When writing about the “light and shadow” within Modern Paganism there’s a tendency to talk about “the light and dark halves of the year.” Certainly there’s the seasonal cycle of a growing and waning sun, along with Samhain and Yule (and usually Imbolc depending on where you live) as darker and less fertile times of the year, but our lives don’t operate like the seasons. I can’t wait until October to grieve when a loved one passes, and I don’t want to wait until June to celebrate a January milestone. That Paganism can embrace light and shadow regardless of season is what gives it real power. The world we live in is a violent paradise, a place where great beauty and great tragedy exist side by side. There is destruction, there is change, there is growth, and it’s eternal and unchanging even as it all bends and breaks.

There’s something exceedingly healthy about practicing a faith that exists in both light and shadow. When the world leads me into its darker reaches I feel a bit more prepared than most, and when this world and its gods offer the brightest of all they have the gifts are even sweeter for my having walked a bit in shadow. Give me a world and a faith full of both night and sunshine, I’m all the better for it. 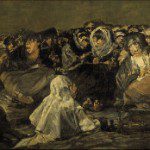 June 2, 2013 Pagans on a Peninsula
Recent Comments
0 | Leave a Comment
"I too loved the Campanelli's books. Both me and my ex were really into them. ..."
Brian Michael Shea Rewriting Witchcraft & Overlooked Authors
"Useful list. Useful, influential books. I might trade Bradley's book for one of the Matthews ..."
Pitch313 The 25 Most Important Witchcraft Books ..."
"Being in the Craft is like being in anything else. I dunno where the concept ..."
Kyllein MacKellerann " Dirty Witchcraft Secrets
"I know a fellow student of Castañeda who is Yaquí. Such things today in Mexico ..."
Barros Serrano America’s Most Important Occultist(s)
Browse Our Archives
get the latest updates from
Raise the Horns
and the Patheos
Pagan
Channel
POPULAR AT PATHEOS Pagan
1