Pagans on a Peninsula

This week I’m back in Michigan for a wedding and other assorted family obligations. It’s not home in the sense that I grew up (or went to elementary or high school) there, but it’s really where I came of age as a person and a Pagan. I participated in and led my first group rituals in Michigan, and while I was there I participated in Druid groups and was eventually initiated into British Traditional Witchcraft. I lived in Michigan for about fifteen years, fifteen great years where I got to figure myself and my gods out.

My early Pagan experiences in Michigan were very much in the realm of “Bootstrap Paganism.” The first open Pagan group I found there was at Michigan State University, and within a year of joining I was leading rituals and helping to run it. In 2013 it’s easy to take open ritual for granted, if you live near a large urban area and you poke around a little bit you can usually find at least one or two open circles a year. Back in 1995 in Lansing Michigan those opportunities didn’t really exist, so we created our own. The first public ritual I ever attended I also led. In retrospect, that’s pretty messed up, I should have been studying with someone, instead of leading others through ritual.

Those experiences did teach me a lot. I learned pretty early (and often) what makes up a good or bad ritual; every eight weeks or so it was sink or swim and I don’t like doing impressions of rocks. Since our college student group was the only game in town we eventually attracted some actual adults to join us, which was much needed. None of those folks became teachers in the traditional sense, but we all benefitted from having a few folks around who “had done it all before.” Our eventual elders often acted more like peers than teachers, but I still learned a lot through them. I was introduced to worlds outside of Eclectic Wicca which helped me to become a more well rounded Pagan. Since we were in a student group and not a coven/circle there were workshops and lectures with material and ideas in them not generally found on the printed page. It’s certainly possible to figure a lot of this stuff out simply through books, but getting to bounce ideas and questions off of people was a game changer to me.

It’s easy to see where you are from as significant, but I swear there was something special about the Pagans in Lansing (and those that ended up revolving around its orbit). Out of the core group of people I did ritual with up there a whole lot of them have gone on to do great and important things in the Pagan Community. One of them is a future Arch-Druid of ADF, and two of them started a very influential list in the BTW Community. Another one is now teaching religion at a Big 12 School and edits book reviews for a Pagan Academic Journal. We’ve all sort of gone our separate ways these days, but there was a moment when we were all in my living room singing “Mekong” at the same time after ritual. The Lansing Pagan Village may have been small but it had some strong personalities and ideas.

Lansing Michigan is about an hour from Grand Rapids (MI) and two hours from Detroit, but it might as well have been twelve hours. It took a few years for me to begin visiting other parts of the state, but those trips ended up being well worth it. These days the Detroit-area hosts one of the more successful Pagan Gatherings in the country, and if you can swing a trip up to ConVocation you’ll find it’s worth the trip. Last year there were over 800 folks there making it one of the biggest gatherings in the country. It also features a lot of great teachers from Michigan and the Midwest (and a few others from further afield). It’s been fun watching that festival grow up and turn into its very own unique thing. I don’t know of any other Pagan Gatherings with karaoke, but it’s always fun.

I remember my first ConVocation and I swear there must have been 1000 people there (there weren’t, but it felt like it!). Getting to meet Pagans from all over the state and the Midwest was a big moment for me, and it’s one of the reasons I ended up blogging and going to other Pagan Festivals. There’s something magickal about the first time you are in a room with over 100 Pagans.

The Magical Education Council(or MEC) is the group that puts on not just ConVocation, but a whole slew of other events in the Detroit-area. Sadly I never got to their Pagan Picnic but I’m still glad it’s there. Since I left the state (maybe they were all just waiting for me to leave) all kinds of Pagan events have taken hold. The ever growing Michigan Pagan Fest is now in its fourth year (with Margot Adler this time around!), bringing a little outdoor festival magick to an otherwise urban area.

Apart from those early trips to Detroit my other first excursions into the greater world of Paganism took place in Grand Rapids. GR lacks an organized group like MEC, but they hold one hell of a Pagan Pride Day. Those were some near perfect fall days . . . a cool breeze, a cup of hot chocolate, Christians protesting in the parking lot and me lecturing about the Horned God. Those were fun, and again, felt so much bigger to me in my younger days than they probably were.

I don’t think Michigan is going to turn into the Pagan Capital of the Midwest anytime soon, but there are a lot of great people there who are truly helping to build a thriving Pagan Community. The lessons I learned on that peninsula I still apply on a daily basis, and it’s where I met my wife . . . I certainly ended up there for a reason. I love being where I’m at, but I miss those folks sometimes, I just don’t miss their winters. 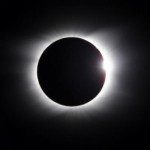 June 5, 2013 Interview With an Atheist Pagan
Recent Comments
0 | Leave a Comment
"Mabon's my favourite, I was surprised how low it was. I didn't expect it to ..."
Nekoshema Your Favorite Sabbats (Or Sabbats By ..."
"Love this! We often just call it "Pagan Thanksgiving" and have done with it. It's ..."
Seba O’Kiley Mabon: The Most Pressing Issue of ..."
"Well done, Jason!"
Angus McMahan Mabon: The Most Pressing Issue of ..."
"One thing I can't understand about Buckland's altar set-up is that he recommends a drinking ..."
Nicholas Chiazza Books Aging Poorly: Scott Cunningham’s “Wicca”
Browse Our Archives
Related posts from Raise the Horns