Interview With an Atheist Pagan 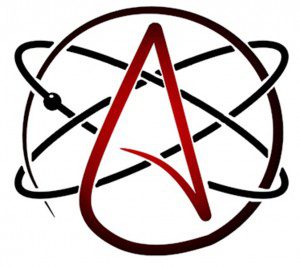 For me, my relationship with the gods is what makes me a Contemporary Pagan. I’ve never understood Paganism without deity, even though I have many friends who lean that way. I thought it would be interesting to interview one of my “Atheist Pagan” friends in an attempt to better understand her way of thinking. Amy B. is one of my best friends out here in Northern California and is one of my favorite ritualists in the area. While I don’t always agree with her on matters of theology, I have a lot of respect for her.

Jason: I call you an atheist Pagan but that’s not accurate, is it? How do you define yourself?

Amy B.: Philosophically, I’m a secular humanist. I accept the Wikipedia definition of secular humanism which is “embracing human reason, ethics, social justice, and philosophical naturalism, while specifically rejecting religious dogma, supernaturalism, pseudoscience and superstition as the basis of morality and decision making.”

I think Pagans accept the humanistic values of human reason, ethics and social justice. I’m not so sure they’d agree with philosophic naturalism. Also, I’ve never met a particularly dogmatic Pagan. As for the rest of the definition, a temporary short-term belief in the supernatural can be fun to hold in some sense and for a specific purpose, but in the long run, truth and reason matter more.

Also I’m an agnostic atheist which means I lack belief in gods. I’d like to refer readers to the Iron Chariots Wiki for more info.

With no belief in the supernatural, why do you go to rituals?

Because I see religious ritual primarily as a form of entertainment. Mega-church worship services and high Catholic masses can be dazzling, but for sheer joy and fun, Pagan ritual has them all beat. Properly done, Pagan ritual involves an all-body experience and lots of theatricality.

You’ve been doing Pagan rituals for over 30 years. Theatricality and entertainment can’t be the only thing you get out of them, right?

Oh, but they are, and there’s nothing wrong with that. In my opinion there is no experience more worthwhile than the emotional high generated by a good theatrical performance…or a rock band. Much ink has been devoted to this subject by scholars of theatre and music philosophy.

Do you see rituals as metaphors for the seasons?

I assume we’re talking about Wiccan sabbats now. Metaphor – no. Sabbats are community celebrations of seasonal changes in the place where you live. That local focus is important. In any case, I bring my own interpretation to it and use the content and presentation to remind me of the physical changes in the world around me. I am never there for god worship.

But I can’t have Paganism without the gods. Does it bother you that I have a supernatural experience while you are simply being entertained?

Wow. Let’s unpack the implications of that question.

First, I am more inclined to believe you’re having a heightened emotional or awe-filled experience rather than a supernatural one. That doesn’t make it any less valuable or significant.

Second, it doesn’t bother me and there’s no reason it should. In fact, I’m a little envious since my skepticism makes it so hard for me to achieve a similar state.

Third, don’t discount the power and satisfaction of just having fun. (Current brain research could weigh in on this.) Just because an activity is fun doesn’t mean it’s frivolous, or lacks authenticity and meaning.

You’d like all the people you circle with to have the god experiences you have, correct? A sort of “I want you to know Dionysus on a more personal level” thing. You can’t control that, but I accept the sentiment as well-intentioned.

Well I would like everyone to know him on a more personal level. But what do you think is going on when I experience the gods?

Let’s use kinder words and say it’s the use of active imagination. When focused on creative pursuits, this is a good thing.

Do you look on my experience as real as a cat jumping on a table is real?

No. Your experience is all in your head. You could be hooked up to an MRI machine while having your experience and we’d see brain wave images. That much is manifestly real. But did Dionysus really appear and hand you a glass of wine? I think not. Skepticism is the default position here. The jumping cat can be verified by other witnesses.

You lead a lot of Wiccan rituals. They contain invocations of deities. How do you handle this when you don’t believe?

Writing invocations is an exercise of poetic imagination, i.e. fiction. Neither poetry nor fiction is my strong suit, I freely admit, so I’ll either borrow something from a book or get my husband to write the invocations. He’s good at that.

Don’t forget that the words are only half the invocation, the other half being presentation. The words can be the most beautiful and evocative ever written, but if the invoker mumbles or reads in a monotone, for example, the words won’t have any effect.

If you call the Midsummer Sun God, is that god just a metaphor to you?

As the High Priestess of the ritual, I am taking on a stage role. I have a script. I have blocking. I act my part. I don’t have to believe the script; I just have to convince you I believe the script. That’s what acting is. If I’m successful, the coveners will experience that emotional high I mentioned earlier…or at least walk away smiling. Metaphor doesn’t enter into it.

Ritual is performance art. I try to make the parts interesting, coherent and mesh well. It is not my job as a ritual leader to create meaning. I can’t do that; no one can do that for someone else. People will find their own meanings. I just want to make the ritual worth $5 and an hour of your time, and interesting enough that no one checks their watch during it.

Theatre, music, singing and dancing are deep body experiences. These things lure you into an altered state, and they are safe ways to do so. Doesn’t a good rock band do that too? This is how ritual should be.

For me in ritual, the Drawing Down the Moon segment is kind of like the height of theology. The point of that exercise is that it’s unscripted. Because we believe it’s deity, it can be garbled or hard to understand.

Oh, wow, that is just so wrong. If you believe the gods are greater than us, wouldn’t you expect them to communicate in clear, plain, easy-to-understand language, as, say, an adult would speak to a toddler? We expect clear communication from our school teachers as a matter of course, but the gods get a pass? That makes no sense. Consider the reverse: is it okay to summon the gods using gibberish? If so, why don’t we do it more often and would we be able to guarantee who shows up?

Furthermore, improvisation is a difficult skill to master. It certainly requires much more practice than monthly ritual would allow. It also helps to take a class.

I understand the importance of theatricality in ritual, but sometimes ritual is powerful because it’s not theatre.

I don’t disagree with this. An esbat has the added element of close social ties among relatively few coveners and this can help foster the heightened emotional experience. But this is not a sufficient substitute for preparation, rehearsal and presentation.

Isn’t the whole point of some ritual to have an experience you weren’t prepared for?

No. If this were the case, no one would bother attending a training coven or being initiated. Not knowing what to expect puts people on edge. The more stressed they are, the less they are able to focus on the ritual, the less they’ll get out of it, the less they’ll remember later on, and the longer it will take to absorb the lesson.

Wiccans often talk about “raising energy” in ritual. What do you think happens when we raise energy?

Well, we hum and we shout and we lift our arms and then bend over and hug the floor. All of these things affect the body. The humming is nice if it goes on for several minutes. Making choral harmonic sounds together is a pleasure-inducing activity and does the brain and body good, as does the deep breathing to maintain the hum and produce the shout at the end. The arm lift and floor hug is basic muscle stretching. All good. Other than that, nothing happens. In my cynical moments I think it’s just an exercise to make us feel good about some social or personal issue without us having to actually work on those issues.

Are you really as skeptical as you claim?

Yes. But I spent many years as a theist of varying kinds, and I understand the desire to be comforted and validated by a belief in the supernatural. The closest I can come to that is to say that I believe in the efficacy of art (and science) to inspire, comfort, and provoke our imaginations. Sing more. Dance more. Think deep.

About Amy: Amy B. has been a Methodist, a witch, a generic theist, a Unitarian Universalist, a Neopagan, and an atheist, approximately in that order. She is a morris dancer, and loves writing and producing Wiccan rituals. 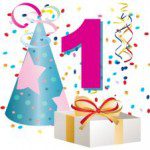