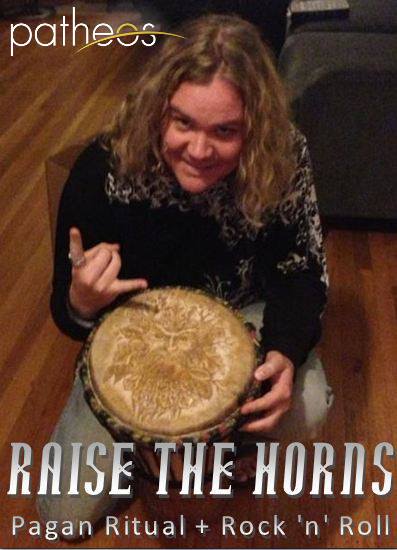 Raise the Horns is a year old today and I find that pretty amazing. During these last 12 months I’ve managed to crank out over 100 articles nearly all by myself (Angus over at Ask Angus did help me out with one). I’m not saying I deserve a gold star for that, but I’m proud of it. If you have a blog at a place like Patheos Pagan you should probably utilize it, apparently I’m doing that. (I love the picture of me with a drum, but it’s kind of dishonest since I’m not much of a drummer. Of course me holding a book wouldn’t have looked as cool.)

In some ways I feel like I started this blog just a few weeks ago, and some of the earliest posts here feel (and even read) like they came from a lifetime ago. (I sort of want to go in and delete everything here from June-August, my writing didn’t really hit its stride until last September.) It’s been fun to chart my own evolution as a writer over the past twelve months, thanks everybody for giving me a chance to do so. 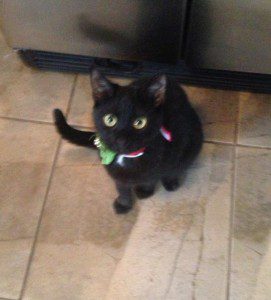 I’ve never really thought of myself as a “nice person,” but I’ve come to the realization after writing this blog that I am pretty nice. I don’t want to be a part of a ritual where the High Priestess calls down Superman and Jesus, but I will support your right to do so if that’s what you are into. I’d rather include than exclude, even when it’s something I may not particularly agree with in my own private practice.

To that end my favorite piece in the history of Raise the Horns might be Jesus and Pagans: A Tired and Divisive Debate. Reading my own writing generally makes me ill, but that piece turned out just right. I love those moments when I’m able to mix a little scholarship with a bit of personal opinion, all while making room for a few more folks under the Pagan Umbrella. Some of my other favorites include: Are Satanists Pagan, In Praise of Johnny Appleseed, and Sometimes Faith Has No Answer.

I’m also quite proud of the Holiday Histories that I’ve been able to share. Christmas Is Not Yours or Mine is the most read article in the history of the page and by a large margin. I love being able to write things that appeal to individuals beyond our circle. That’s also one of the reasons I write at Patheos, I’ll never be an inter-faith machine, but I don’t mind occasionally sharing with those outside of our tribe. In addition to the histories I like being able to share ritual here too. 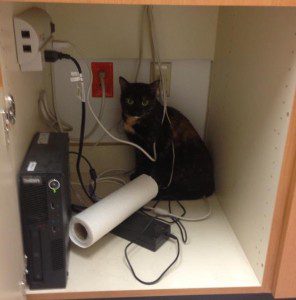 One of the crazier things about Raise the Horns is that I write about anything and everything. There’s no real theme and I don’t feel as if I’m wedded to only writing about certain topics. Sure I do put up the rock and roll articles from time to time, but I’d go crazy if that’s all I wrote about. I’m interested in a lot of different stuff, I’ve been happy to find out that most of you are too.

While I think that my first year has mostly been a success (Raise the Horns is in the top 1,000 of all Pagan blogs), I’m always a bit dismayed when a post slips through the cracks and doesn’t get the audience I think it deserves. Gateways to Paganism: Tori Amos, Drawing Down the Moon, and Cakes and Wine were all great articles that I thought would get passed around a little more. C’est la vie.

Speaking of passing things around, it’s social media that fuels the blogosphere. My posts get read when they are shared on Facebook, Reddit, Twitter, and on other blogs. For those of you who share my stuff, thank you thank you! It makes all the difference. When you enjoy an article simply “liking” it on Facebook makes a world of difference to those of us who write this stuff. I’m not a “natural writer” and most of what you read on Raise the Horns takes hours to put together. When people share my stuff they are saying my time is valuable, and I appreciate it. 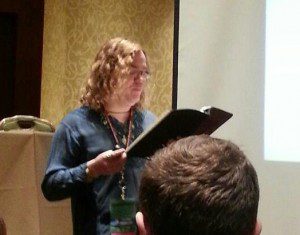 I often feel like I write on an island, but periodically a few bottles wash up on shore. Having a “Top Ten Pagan Quote of 2012” on The Juggler made my Holiday Season. Being called an “inspiring teacher” and being mentioned in the same sentence as T. Thorn Coyle, Teo Bishop, and Christopher Penczak by Damh the Bard was more than flattering, it about made my head explode. I don’t think of myself like that and it’s always surprising to me when others do. Anne Newkirk Nevin over at PaganSquare and Witches and Pagans magazine has been a consistent source of encouragement over the last year. I’ve got a column starting up soon in the magazine, something far beyond my wildest expectations. That some of these people even know my name kind of staggers me from time to time. About all that’s left at this point is the elusive book contract, come on Red Wheel/Llewellyn, at this point I’ve got a built in audience.

I’d be remiss if I didn’t again thank Jason Pitzl-Waters over at the Wild Hunt for helping to bring me here, along with Star Foster (lots of people online miss you Star!) our former channel editor who gave me this forum. In addition to those folks a big thank you to Debra DeAngelo over at Ipinion who has much more confidence in me than I do. Also, I can’t get forget Christine Hoff Kraemer our current editor here at Patheos Pagan who has had to put up with a lot of my crap the last eight months. Some days I can’t tie my own shoes, let alone post a picture to Word Press . . . she makes all that happen and has made me feel like an important cog in the Patheos Pagan machine too. And of course none of it happens without my wife Ari, my favorite person in the entire world. Love you!

Thanks to everybody who reads, comments, shares, and encourages. I’m looking forward to Year Two.

June 12, 2013 Rock Stars Are the Next Gods
Recent Comments
0 | Leave a Comment
"Mabon's my favourite, I was surprised how low it was. I didn't expect it to ..."
Nekoshema Your Favorite Sabbats (Or Sabbats By ..."
"Love this! We often just call it "Pagan Thanksgiving" and have done with it. It's ..."
Seba O’Kiley Mabon: The Most Pressing Issue of ..."
"Well done, Jason!"
Angus McMahan Mabon: The Most Pressing Issue of ..."
"One thing I can't understand about Buckland's altar set-up is that he recommends a drinking ..."
Nicholas Chiazza Books Aging Poorly: Scott Cunningham’s “Wicca”
Browse Our Archives
Related posts from Raise the Horns