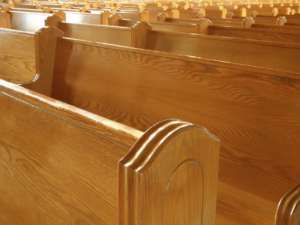 You may not have noticed it, but there’s an article making its way around the internet entitled Why Millennials Are Leaving the Church by Rachel Held Evans, one of my favorite Christian writers. I don’t think there’s anything all that ground-breaking in the article, but a lot of the things she mentions are some of the very same reasons people convert to Paganism. I’m not a Millennial (these horns are 40 years old) but when I’m on the road I often end up hanging out with a lot of folks in their 20’s and early 30’s. They are my friends, peers, drinking-buddies, circle-mates, and everything in between.

I’m not going to pretend that I speak for Generation Y, but gods do I see them at festivals and read them on-line. I have no idea if Millennials make up a large percentage of Modern Paganism, but it sure feels like they do. I’m not a Pagan Proselytizer, people are free to believe whatever they want, but spirituality is changing and I think Paganism is well equipped to benefit from those ongoing changes. I’ve quoted a little bit of Evans’s article with my responses below the quotes.

We want an end to the culture wars. We want a truce between science and faith. We want to be known for what we stand for, not what we are against.

There has never been a war between science and faith within Paganism, we’ve always been believers in truth. Heck, I’d say that science consistently proves many of the things I believe as a Pagan. One of the advantages that comes from being able to recognize myth as myth is that we don’t go off half-cocked getting metaphors confused with actual history.

Generally I think it’s easy to see what Pagans stand for. Go to any gathering and it’ll hit you right in the nose, it’s inclusion. Ideally we accept people of every race, size, shape, gender-identity, and age. 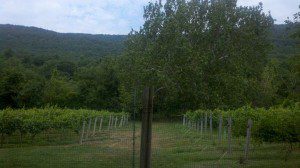 We want to ask questions that don’t have predetermined answers.

It helps in that regard to not constantly have to reference a 2000 year old book. We live in the year 2013, what we do and practice reflects that reality. We can’t recreate 100 BCE, and we are smart enough to realize that you can’t solve everything by reading the words of a bunch of dead guys.

As Pagans we are open to all sorts of questions, and prefer to give answers that don’t contain repression and denial of the self. I for one just want people to be happy, and if you get there through a different path than me that’s completely fine. Live, love, and celebrate. If that’s not a part of your Pagan practice you might be doing it wrong.

One of the things that Evangelicals don’t seem to understand is that people are tired of obstacles separating them from other faith communities. I’m not a Buddhist, but I want to walk a religious path that validates the choices of my Buddhist friends. I don’t walk with Jesus, but I’m fine with those that walk hand in hand with the hippy from the Galilee. People are tired of hearing how their friends are wrong, Paganism takes that antiquated rhetoric away. I’m not saying that everyone should roll the religion dice each morning (today I’m an Atheist Hellenic Thelemite!), but Paganism has never shut out wisdom, no matter where it comes from.

We want our LGBT friends to feel truly welcome in our faith communities.

I want my circle to look like the world around me, and I’m not alone. A Pagan world without LGBT folks is not a Pagan world. 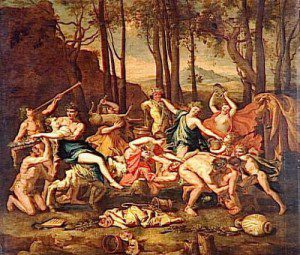 We want to be challenged to live lives of holiness, not only when it comes to sex, but also when it comes to living simply, caring for the poor and oppressed, pursuing reconciliation, engaging in creation care and becoming peacemakers.

I don’t want my life to be “holy,” (I’m not a monk) what I want in this life is to seek the divine. I want to experience sex as a sacred and pleasurable act without any ridiculous outdated taboos. I want to live my life in a way that’s for the betterment of everyone on this Earth. Since the divine lives within us all (“Thou Art Goddess” “Thou Art God”) I want to do my best to treat everyone around me in a way that honors the sacred inside of them (even when it’s hard to see).

No, like every generation we long to touch the sacred. For centuries touching the sacred was limited to Jesus and his Dad, but those days are over with, and people are waking up to the many and varied sacred currents that are around us all. Some find that connection to the sacred within the Earth and the change of the seasons. Some of us find it in more personal deities, gods and goddesses that come to us without centuries of misguided close mindedness. (Give me Pan rutting around in the woods over a god that would kill an entire country’s firstborn.) There will always be people who long for Jesus, and many good things (and some very bad) have been done in his name, but it’s getting harder and harder to lock out the Divine Feminine. Jesus might be calling, but I think She is too.

I long for the day when the majority of Christians sit at the same table as the rest of us, comfortable in the knowledge that there are many roads that all lead to the same source*.

*Don’t take that as a slight on Rachel Held Evans, she’s gone out of her way the last couple of years to bring an understanding of other faiths to her readers. Heck, she even interviewed me once.

August 6, 2013 Your Responsibilities In Ritual
Recent Comments
0 | Leave a Comment
Browse Our Archives
Related posts from Raise the Horns