Your Responsibilities In Ritual 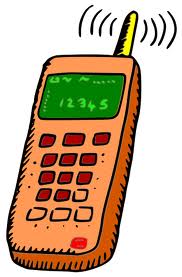 During an Ostara Ritual with my local, mostly-open Pagan group an elder in the tribe was caught texting during the ritual. Had the texter in question been a newbie I doubt anyone would have said anything, but because it was someone who should have known better, I heard about it afterwards from over a dozen individuals. Obviously playing on your cellphone during ritual is a no-no, we all know that, even when we aren’t necessarily living up to the ideal.

When it comes to our responsibilities during ritual there are the obvious things like cell-phones, speaking out of turn, and paying attention to the proceedings. No one needs me to state the obvious, but when we attend a ritual we also have obligations outside of general circle etiquette. That’s easy to overlook, especially when you don’t have an active role in the rite. Too often I see people who are just watching a ritual instead of participating in it. What makes Paganism so unique is that it’s an interactive spirituality.

One of the things I disliked about the Christianity of my youth was that the rites of Protestant-type churches are often passive. There’s a prayer and a sermon from the minister, and all of those things are about sitting and listening. I guess I was involved in the dirge-like hymns, but those mostly made me sleepy. I know that not all churches are like that, but even in the most engaged congregations I get the feeling that people are there not to be a part of the show, but to watch the show.

In Paganism you are always a part of the show, even when you don’t have a line and aren’t calling a quarter. You have a responsibility to be engaged and to add your energy to the proceedings. Even when attending the worst ritual ever you’ve got an opportunity to touch something beyond the reality of everyday mundania. 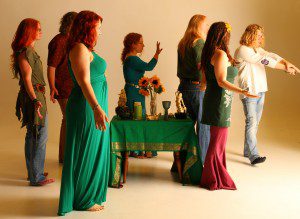 Calling the quarters/watchtowers/insert-thing-here should always be a group experience. When someone is calling the element of water you should be opening yourself up to that element. Picture it in your mind’s eye, feel it around you; you don’t have to say anything to call an element. Make the quarter call your own by participating in it, and all without having to make a sound. You aren’t absent from the process simply because you don’t have a defined speaking role. Circle castings are the same way. When the circle’s being cast, “see” it in your mind’s eye, feel the power coming from that athame or sword. It’s not a time to yawn, it’s a time for you to be involved.

This same type of process comes up again during calls to deity. Even though the spotlight isn’t on you, you are still a part of the proceedings. When someone calls to deity your heart should also be calling out. Picture that goddess or god in your own mind, attempt to feel that power in the circle with you and everyone else there. Your chances of genuinely reaching Freyja are much higher when everyone at the ritual is calling out to her on some level. This doesn’t mean you should shut your brain off from whatever your ritual leaders are saying, it just means you should follow along with them. 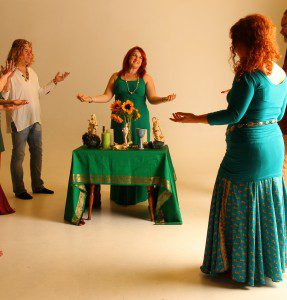 One of the most difficult parts of ritual is summoning up enthusiasm for things you are not generally interested in. Ritual “middles” can be all kinds of different things: art projects, sacred dramas, dances, chants, divination, spell-work, guided meditation, energy raising, and the list goes on and on. Some of those different things can even be done in multiple ways, and there are bound to be certain activities you aren’t into. Staying attentive is especially difficult during such moments, but a good ritual attendee does just that.

When I’m stuck with an activity I don’t particularly care for I approach the situation as an adult, and treat it like a day with the in-laws, I play along. That might not seem like much of a solution, but it certainly beats tuning out of everything. I’m not particularly into making hearts when Imbolc turns into a pseudo-Valentine’s Day craft fair, but I’m going to participate. While participating I try to hide little cynical me and see if something positive breaks through, and to my surprise it often does. Sometimes I find myself transported back to my elementary school years or perhaps I have an interaction with someone I didn’t previously know (or know well). Whatever the situation is, it’s not going to improve by me sitting and sulking in a corner because we ended up doing something I’m not a big fan of.

If what the circle ends up doing is more reflective, I play along there too, all while letting my mind wander a little bit. For example ,there’s a chant that a lot of people in my area like to do, and for the life of me, I just don’t get it. To me, it sounds like something from the mouth of the Swedish Chef (bork bork bork!), but I’ve got to participate. So I shut down my brain, try to chant as many of the words as I possibly can, and then move inward. (I really have to do this for the particular chant in question, if I don’t I start giggling.) Is the chant about a deity? If it is, then I seek that deity in my mind’s eye. I try to let the chant wash over me, even though I find the water unpleasant, and who knows? Maybe something good will happen will happen as a result. As a long as I keep one ear on the ritual I can nod out of the things I’m not a big fan of with no one being any wiser (until now at least). 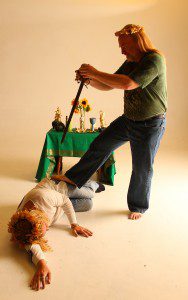 At a lot of very large rituals the working of the rite is often a sacred drama, enactments of moments like the battle between the Oak King and the Holly King. When watching those kind of activities I see them through a sacred lens. That’s not my friend Angus wielding a sword it’s the Oak King himself. I try to find that little piece of the divine within the circle and then magnify it.

Sometimes bad rituals just happen, and there’s no escaping it. It could be the weather or a lack of preparation, all sorts of things. But even when faced with the world’s worst ritual we should still try and help our friends and circle-mates. Projecting negative energy at the proceedings is only going to succeed in making things even worse. Try to stay positive and to project some good vibes at the folks leading the ritual, it might be enough to get them over the proverbial hump. Like attracts like, and if we focus on the good instead of the bad, we will end up with more of the latter.