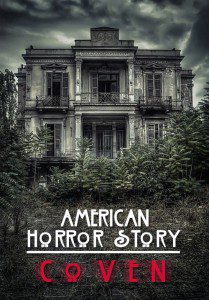 (Every late Wednesday night, or Thursday morning, I’ll be posting my thoughts, 500 words or so, on American Horror Story: Coven. Feel free to chime in with your thoughts on the show in the comments section! This isn’t a review, just some thoughts on the second episode, and it contains spoilers. To understand it, you also probably have to watch the show.)

The biggest difference between magic(k) in real life versus that found in movies and television is ease. In the real world magic is hard work. It takes a great deal of thought, preparation, and finally energy in order to be effective. Television magic merely requires the nod of a head or the flick of a wrist. No one wants to watch a television witch charge High John the Conqueror Root, dress it with oil, and then feed it some whiskey before placing it in a specially made pouch. The actual work that goes into magic is why something like Harry Potter (or American Horror Story) doesn’t breed millions of new witchlings. The reality of magic requires too much heavy lifting for most people

Imagine my surprise last night when Coven portrayed at least a few instances of work. Sure, some of that work involved the stitching together of a Frankenboyfriend and some words in Latin, but at least it was work. A bit more realistic was the preparation involved in a fertility/sex magic rite, and that actually looked like real magic with the candles and circle on the ground. The downside to both instances were some of the other elements that were involved.

The pilot was blessedly free of gods and deity, this week we got Zoey (Emma Roberts) evoking Satan after drawing a pentagram on poor Frankenboy Kyle Spencer (Evan Peters, who is only allowed to play dead people on this show apparently). Using a pentagram here is just lazy, and I always hate seeing a symbol I love so much being used for nefarious purposes. The fertility sex involving Cordellia and Hank (Sarah Paluson and Josh Hamilton) was a bit better, though sexed up with some unnecessary blood and not surprisingly snakes and fire. (“Snakes and fire” used together always makes me think of Oliver Stone’s The Doors film; “To compete with your stuff, it better be about earth, snakes or fire.”) In fairness the snakes and fire might have only been in the mind’s eye of those participating in the spell. The things that get my hackles up will always be the instances when bits of real magic and Witchcraft find their way into American Horror Story. 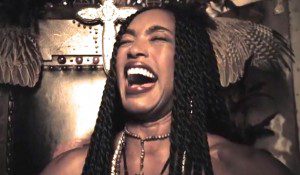 I’m really like what they are doing with Marie Laveau, and going into this series it was my biggest red flag. If you are going to use such a revered figure as Laveau, make her a complete badass and give her a commanding screen presence. Done and done here so far. Playing fly on the wall as Angela Basset’s Laveau has a little tete a tete with Jessica Lange’s Supreme Fiona Goode was television gold. I’m even kind of digging the references to Salem’s Tituba as the Mother of Coven’s fictional witchcraft and Voodoo. Marie Laveau still working as a hairdresser had me marking out too, it was a nice little nod to real history.

Last night’s episode was a big improvement over the pilot. The show’s starting to feel like it has some actual direction and I’m beginning to really like some of the characters. I like that Gabourey Sidibe’s Queenie is starting to get a little more fleshed out. Her power as “living Voodoo-doll” is completely original and I’m loving how gruesome it is. Having worked around a deep-fat fryer in the past I know how dangerous and painful hot oil is; that scene definitely had me wincing. I was also glad to see Lily Rabe back, after the pilot I wasn’t sure if her Misty Day would end up a recurring character. Her infatuation with Stevie Nicks was a nice touch, I hope Tori Amos is the character’s second favorite artist.

(The other show on Wednesday night I like even more than American Horror Story: Arrow. Somehow this show has captured the moodiness of Christopher Nolan’s Batman films on the small screen, and rarely looks “small” like so many TV superhero shows do. Wisely, it has stayed away from CGI and focused more on stunts and building suspense in its action scenes. It often plays a little too “villain of the week” for my tastes, but the supporting cast has really come into their while Stephen Amell (the title character) has transformed into an actual actor; he’s not just a hunk chiseled out of granite anymore. Marvel’s Agents of SHIELD isn’t half as good as Arrow.)

I didn’t get to watch the show with my wife this week so I only have one sarcastic observation:

“Nice to see the guys from “Duck Dynasty” in the cold open.”

“I grew up on white girl shit like Charmed and Sabrina the Teenaged Cracker, I didn’t know that there were black witches.”

“I couldn’t toast a piece of bread with the heat they were putting on you.”

“The hammer wants the nail’s magic, oh that is rich!”

“You could offer me a unicorn that shit hundred dollar bills and I’d still never give you more than a headache.”

“Who sings this? Fleetwood Mac! Steve Nicks!, is my hero. Stevie Nicks the white witch, the only witch before you I’ve ever known.”

Delphine LaLaurie: “I was a woman of my time.”
Fiona Goode: “Hmm, that is a crock of shit, you’ve got a mean streak wider than your backside.”

See you next week. 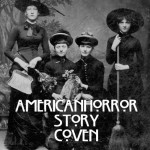 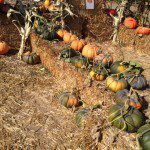 October 22, 2013 We Don't Own Halloween
Recent Comments
0 | Leave a Comment
"As long as you are not publicly worshipping a deity from a living religion, I ..."
rosewelsh44 Wicca: Misconceptions & Misidentity
"Celts and Gauls seemed to allow anyone into their tribe who proved themselves worthy. That ..."
rosewelsh44 Wicca: Misconceptions & Misidentity
"True. And you'd probably get the disapproving look for even asking for them. I read ..."
Amanda Ingalls Why We Need to #DefendOccultBooks
"I had a friend once who tried to preach to me how to be Wiccan, ..."
Amanda Ingalls Why We Need to #DefendOccultBooks
Browse Our Archives
Related posts from Raise the Horns