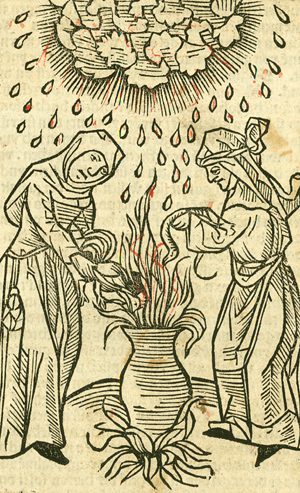 For me ritual is essentially about connection. I engage in ritual in order to connect with something greater than myself. That greater can vary from ritual to ritual. Sometimes ritual is about communing with the gods, and feeling The Lord and Lady close to me and my circle-mates. In the Autumn ritual often serves to connect me with the seasons and my place on The Wheel of the Year. Taking something out of my garden and eating it is worth a ritual and in those moments I’m connected to the agrarian cycle like no other. At Samhain I often seek out the souls of those who have passed and at Beltane I enjoy playing games with my coven and engaging in some personal bonding.

In all of those instances I’m connecting with something greater than myself. My Paganism is about many things. It’s about the seasons and certainly qualifies as a nature religion by that metric. It’s also about the gods; not just honoring them but having them as a part of my life. I believe that they honor their creation right alongside me. Paganism connects me to my past and my future. It’s about looking backwards as to not lose those in another place, but it’s also about looking forward and being aware of the consequences of my (and our) actions. Paganism is about my chosen family. It’s about those I circle with and who stands on my left and right as we engage in the mysteries of life, death, and beyond.

When writing a ritual I start with questions and for the last couple of years there have been two of them. The first is the general “why am I celebrating this sabbat?” That’s now followed with “what do I hope to connect with while celebrating it?” Sometimes the answer is a combination of forces. At Samhain I often come face to face with the Lady of Shadows and the Lord of Death and Resurrection, all as a part of my journey to reunite with lost loved ones. Midsummer is a sabbat that often makes me deliriously happy, I know the gods are near by on that night but often I want to use it as an opportunity to connect with the people in the circle with me, or perhaps if the night is right, the fey who generally live just beyond the realm of our perception. After I’ve answered the first two questions to my own satisfaction there’s always a third question: “what kind of ritual am I doing?” 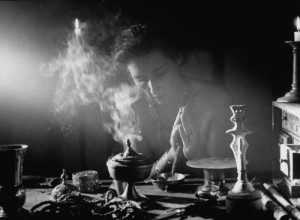 We don’t always think about it like we should, but for those of us who celebrate in groups, it’s a valid question, and the answer to it can change everything about a ritual. Most of us who aren’t solitaries engage in three types of rituals: solitary, coven*, and circle. The definition of solitary is one that doesn’t need a lot of elaboration, it’s basically ritual for one. I would add a caveat here, for me “solitary” also might mean ritual shared with one other person, in most cases my wife. We are so in tune with one another that we don’t need a lot of words and we generally always know what the other person is thinking or doing. (In a weirdly gushy moment, I never imagined I would have a spouse and working partner like that. Life is better than the dream sometimes!)

I think there are times when words like “coven” get thrown around and used to imply connections that are not always there. To me a coven is a matter of life or death. These are the people you love unconditionally and find yourself “in sync” with more often than not during ritual. The coven is chosen family that has chosen you. Covens and groves often have their own little ways of doing things too. When I engage in ritual with the coven there’s usually not a lot of surprises.

Circle is a generic word I’m using here to represent a large ritual gathering. These are the rituals that are done with people you might not know very well, or only see occasionally. For me this sometimes means a ritual at a large festival or perhaps a ritual in a public place or in the middle of extended Pagan community. These type of circles can be great for experimentation, but they can also be pretty chaotic. In a proper coven situation it’s easy to know what the energy in the room is going to be like when such and such is done, that’s often unknowable when doing ritual with a larger group that most likely contains strangers and/or acquaintances. 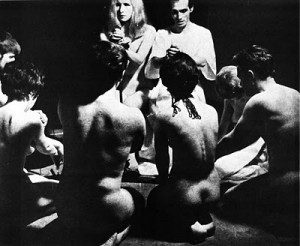 So what’s the point of all this? Just that ritual is going to change depending on what type of group has gathered. If you are planning a solitary ritual you probably don’t need to write anything down other than the bare minimum of your ritual. Tools might not even be necessary, instinct is often more than enough. All of those things inside your head probably aren’t going to work as well in a coven setting. In the coven an idea has to be expressed so that everyone else there understands it. I’ve had some amazing rituals by myself involving pine cones or hot-peppers from my garden, but I’m not sure I’d be able to express my feelings in those instances to anyone else.

Your Responsibilities In Ritual

I write about ritual quite a bit.

Small gestures and rites often work well in a coven setting but less so in a large circle. With the coven the chances of everyone being completely engaged in the ritual are extraordinarily high. Everyone knows what types of energy are being invited in and has experience with the deities and concepts that make up the ritual. In my coven we all use the same salutes to The Watchtowers, know how the ritual is going to proceed and when a call and response is appropriate. (There’s nothing like saying a loud “So mote it be!” when everyone else around you is silent.) Rituals written for the coven don’t always translate to something that involves forty people largely unfamiliar to each other. 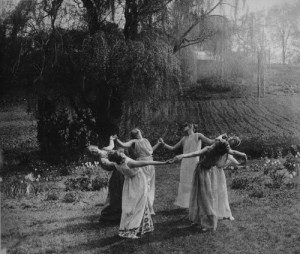 Ritual has to be more than just theatre, and that’s often where things go awry in larger rituals. It often feels like there’s one group of people doing the ritual while everyone else is simply observing it. The quarters are called but the only people who are a part of the process are the six or so folks standing in the center of the circle. What are the other thirty supposed to be doing? Are they even clued in to what’s happening? Ritual shouldn’t be passive, and if you find yourself or those around you passive during ritual something’s not working. A good coven is like a well-oiled machine; everyone is putting energy into the proceedings and knows to do so without any sort of prompting. A large ritual being led by someone I don’t know who is not of my tradition sometimes means I’m at a loss as to what to do, or even what I’m allowed to do. The things that work unconsciously in smaller settings don’t translate to the large ones.

I help run a group that sponsors open ritual in my local area. We have some great Witches and other assorted Pagans in the area, but I’m always surprised by even how many great Witches don’t know how to translate their coven rituals to circle ones. Gestures that should be big stay small and voices that know how to enunciate for twelve end up lost in sea of forty. A ritual designed for nine has to be modified to fit the needs of thirty.

Most ritual is only as good as the amount of thought put into it. Think about the type of ritual being engaged in and how people will react to it. My coven rituals are always different than my public ones, and my solitary ones are another thing entirely. Knowing an audience allows a ritual to be the best that it can be.

*I’m a Witch, we use the word coven. For Druids the equivalent is most likely grove. I’m using “coven” to mean a small group of less than twenty people who are committed to engaging in ritual together. 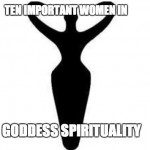 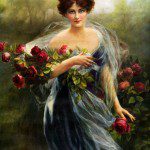 May 27, 2014 Finding the Goddess
Recent Comments
0 | Leave a Comment
"Interesting. Too much Greek for me [I know very little Greek lol] 1 little point, ..."
Nekoshema More Witchcraft & Pagan Trivia
"I have all 4 of the Campanelli's books that you mentioned. I don't even remember ..."
Karantha Rewriting Witchcraft & Overlooked Authors
"Re: #32, that fictional book is the Necronomicon; you missed a syllable."
Doug Edwards More Witchcraft & Pagan Trivia
"Castañeda invented the character of don Juan, but he was getting his information from Yaqui ..."
Michel America’s Most Important Occultist(s)
Browse Our Archives
get the latest updates from
Raise the Horns
and the Patheos
Pagan
Channel
POPULAR AT PATHEOS Pagan
1