The Ancient Nature of Midsummer

I’ve always had trouble celebrating Midsummer. The idea behind the holiday has always appealed to me, but due to vacations, festivals, and various other distractions I’ve never been very good at celebrating it. I’ve been a part of some truly epic Midsummer rites . . . . . there’s been the clanging swords of Oak and Holly Kings and the words to A Midsummer Night’s Dream wrapped around a traditional Witch Ritual, but those have been the exceptions. Beltane has always occupied the place of honor as Summer Festival Magnifique in my life leaving the Summer Solstice as an also ran.

(I know many Pagans who refer to Midsummer as Litha, a name which like Eostre/Ostara, comes from the English historian Bede. Bede mentions Litha as the name of a month in the Anglo-Saxon calendar, roughly equivalent to June. Early Modern Witches used the term Midsummer exclusively so I’m guessing that the word Litha in reference to the Summer Solstice only dates from the late 1960’s/early 1970’s. Midsummer, Litha, the Summer Solstice . . . the three are used pretty interchangeably these days though I still prefer Midsummer.)

Midsummer’s also-ran status in my life is completely undeserved. As a holiday the Summer Solstice has so much going for it. There’s all that sunshine, which sometimes lasts so long that night literally becomes day. (The sun is setting where I live now at 8:30, he was peaking through the trees last night until after 9:00 pm. In my old haunt of Lansing Michigan the sun is currently setting at 9:15.) I have trouble escaping the shadow of the fey this time of year too, and then there all those cosmic battles featuring the gods and heroes of myth and legend. Midsummer is also truly ancient. There are bits and pieces of Summer Solstice ritual still being celebrated that predate Christianity by a thousand years, and perhaps even more.

The first image that springs to mind for many people near the Summer Solstice is the sun, and it’s no surprise that sun worship is one of the oldest forms of religious expression. The sun as a deity appears across a broad spectrum of Indo-European** religion. The sun gods and goddesses (the most likely original Indo-European word for sun is gender neutral) of the Greeks, Celts, Germans, Slavs, and Romans are most likely all related, with bits of their worship lasting at Midsummer Rituals for thousands of years. (1) One of the attributes that links most Indo-European sun deities is The Solar Wheel, a device use to represent the motion of the sun.

As M. L. West puts it in Indo-European Poetry and Myth:

“There is much evidence, both literary and and iconographic, for the sun being conceived of us a wheel. A wheel-more than an eye-is perfectly circular, and it runs easily along. But one can hardly say that a god is a wheel, and the solar wheel needs a moving cause, as its path is not all downhill. So the Sun-god may be said, not to be, but to have a wheel, which he drives or rolls along. Or the wheel is drawn by a horse. Or it becomes a one-wheeled chariot in which the god rides; or a regular chariot, drawn by two horses or even four. Another concept is the boat that carries the solar disc across the sky. Or again the two ideas are combined, with the horse or horses taking the sun across the sky during the day and the boat conveying on the ocean through the night.” (page 201)

What makes the Solar Wheel so fascinating is its great antiquity. The sun chariot’s spoked wheel dates back to the Third Millennium BCE which makes it over five thousand years old. It has appeared on coins, statues, pottery and various other items since that time. The swastika is another version of the Solar Wheel, most likely representing a wheel in motion. (2) Reverence for the Solar Wheel continued throughout the Christian Era too, changing from a way of honoring the Sun (and the deity behind it) to honoring the sun and the change of the seasons.

Christians have chronicled the rolling of flaming (solar) wheels since the Fourth Century of the Common Era. By the 1400’s the custom was specifically associated with the Summer Solstice, and there it has resided ever since (and most likely long before). The custom of rolling the wheel is mentioned in the German work The Regnum Papisticum by Thomas Naogeorgus:

“Some others get a rotten wheele, all worn and cast aside
Which covered around about with strawe and tow, they closely hide;
And caryed to some mountaine’s top, being all with fire alight,
They hurle it downe with violence, when darke appeares the night :
Resembling much the sunne, that from the heavens down should fal,
A strange and monstrous sight it semes, and fearful to them all.
But they suppose the mischiefs all are likewise throwne to hell,
And that from harmes and daungers now in safetie here they dwell.”

The custom was apparently common throughout Northern Europe and was practiced in many places until the beginning of the Twentieth Century. In 1909 an English account from the Vale of Glamorgan was published. It described a the custom of the firey wheel as it was practiced in the 1820’s:

“People conveyed trusses of straw to the top of the hill, where men and youths waited for the contributions. Women and girls were stationed at the bottom of the hill. Then a large car wheel was thickly swathed with straw and not an inch of wood was left in sight. A pole was inserted through the centre of the wheel, so that long ends extended about a yard on each side. If any straw remained, it was made up into torches at the top of tall sticks. At a given signal the wheel was lighted and set rolling downhill. If this fire-wheel went out before it reached the bottom of the hill, a very poor harvest was promised. If it kept lighted all the way down, and continued blazing for a long time, the harvest would be exceptionally abundant. Loud cheers and shouts celebrated the progress of the wheel.” (4)

I know what I’m doing for Midsummer this year, permits be damned!

When Christianity eventually took over pagan Northern Europe the celebration of the Summer Solstice was transformed into the Feast of St. John (the Baptist). Other than replacing the sun with John, very little changed in the transition from Midsummer to the Feast of St. John. It’s hard to date the antiquity of the customs associated with Midsummer in Northern Europe. Most of our accounts of them begin after the Christianization of Europe, but since they show up at the beginning of the written record its likely that they predate the Christian era.

All of the customs associated with St. John’s Day are likely echoes of agrarian paganism, and were even seen as such as by many in the Christian Church centuries after the change-over. Writing during the reign of the English king Henry the Sixth (1421-1471) one monk observed that bonfires were common and that they often contained bones and other “impurities.” In addition to bonfires he also mentions that the local “boys” ran around the fields with lit torches on the Eve of St. John, and that’s all in addition to the flaming wheel. (4)

The idea of “purifying fire” to bless the crops at Midsummer is a genuine pagan tradition that has lasted for centuries. The Roman writer Pliny the Elder wrote about purifying smoke and the word bonfire its self might originate from the term “bane-fire” as the bonfire drove away evil things and influences (with witches and dragons coming up often as things people needed ridding of). Other linguists have linked the word to the burning of bones, either interpretation has a pagan origin. (5)

Solstice and equinox celebrations tend to be more closely associated with ancient Norse paganisms more so than with Celtic ones, but the celebration of Midsummer was extremely popular in medieval Ireland, long a Celtic enclave. Scholars aren’t sure if the holiday was an important from a more Germanic England or the continuation of a more local Celtic festival. No matter the true genesis of Midsummer in Ireland the time of the Summer Solstice seems to draw people to it. Once introduced to the festival folks are likely to keep it and its traditions for millennia.

**If you aren’t familiar with the term “Indo-European” it’s mostly a reference to language, though there’s a common culture deep within the heart of it. All of the Romance Languages (French, Italian, Latin, Spanish) are Indo-European, as are the Germanic Languages (with English being one of those), there are also Indo-European languages in India, China, and the Mediterranean. The original Indo-Europeans have had a tremendous impact on the world, and they also had gods, gods that became (or are related to) many of the ones we know today. I spend more time with the Indo-Europeans in this article.

1. To dive into the complexities of Indo-European language and the origin of the word sun see Indo-European Poetry and Myth by M.L. West, Oxford University Press, 2007, pages 194-196. Information about the sun as a deity can be seen on pages 196-198.

3. From Ronald Hutton’s Stations of the Sun, published by Oxford University Press in 1996. This bit came from page 311.

4. I came across the account outlined here in Medii Ævi Kalendarium Or, Dates, Charters, and Customs of the Middle Ages by Robert Thomas Hampson, published in 1841. page 300.

5. Stations of the Sun by Ronald Hutton page 320 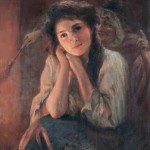 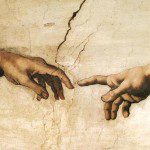