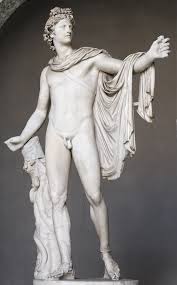 In 2003 I made my first visit to the Brushwood Folklore Center. I’d like to tell you that my first day there was completely magical, with plenty of sunshine and a cool breeze, but that wasn’t the case at all. It was raining and cold when my then-fiance and I (along with some friends) pulled into registration that July day, and it had been raining a lot in the days leading up to our trip there. We set up our tents in the rain and literally put them down on the ground in what had been formally been rain . . . the ground was that saturated. After we got our camp set up my wife and hid in our tent for a little while wondering exactly what we had gotten ourselves into.

I want to say it was forty-five degrees (Fahrenheit) out that Sunday night, but I might be exaggerating. I just remember it was cold for summertime, and it probably felt colder than it was because of the rain and the damp. Even with the cold I remember being excited about everything. There were literally a thousand Pagan (and/or “Pagan Friendly”) folks all at this one festival, and while it was depressingly wet, my now-wife and were still up for some exploring. Before leaving our campsite we stopped to talked to one of the couples who came with us. They told us they were going out to explore too, and if we wanted to wait a few minutes, they’d come with us. We agreed and then watched our friends proceed to take off all of their clothes except for some shoes. “Now we’re ready!” they said and we were off . . .

Did I mention it was cold? I’d been to outdoor festivals before and understood the naked thing, but wanting to be that way in the rain and the damp? I wear clothes for a couple of reasons, one of the most important ones is that I like being warm. I have no problem with nudity, but if it’s so chilly that said nudity might result in “shrinkage” I’m probably wearing some pants. I have to admit though, my friends excitement about being naked was a joyful thing to watch. I like to see people happy, being naked made them happy, so I smiled a little bit.

I don’t have any hang-ups about being nude, but I generally just like wearing clothes, so most of that week at Brushwood I worse t-shirts, sarongs, and jeans (did I mention it was cold?). Most mornings I walked down to the co-ed shower-house with just a towel over my shoulder with that day’s fresh, clean, only mildly damp clothes tucked under one of my arms. My now wife wore a bathrobe and kept her “don’t look at me hat” pushed far down on her head as she attempted to avoid eye-contact with nearly everyone we walked by. I think we both enjoyed those mornings, but I never enjoyed them because I was practically naked, though I did like the ease of being able to walk around that way.

That week at Starwood (the name of the festival, Brushwood was the hosting facility for Starwood for many years) sort of culminated in me doing a few public workshops. Weirdly, everything I did was near the end of the week which allowed my nervousness to just grow over the course of the trip. Eventually it came time for me to do a workshop on the Horned God and it went swimmingly. I had a lot of people show up and I presented all of my information with confidence and humor, eventually I started feeling so good that I got up out of my camp-chair I was just so damned excited. As I got up my poorly tied sarong went down and I was suddenly showing off my johnson to thirty or so people. Not missing a beat they all gave me a round of applause, and let me tell you getting a round of applause for my penis ranks as one of the best moments of my life. It was funny, but I was also at a somewhat naked campground, it wasn’t all that big a deal. 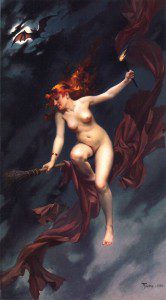 I say naked campground but really the amount of naked Pagans at a “clothing optional” event is usually pretty small, and I think it’s been getting smaller over the last ten years. I’m not completely sure why the number has shrunk but I’ll admit to people sometimes sounding “skeevy” about nudity. (For a more thorough look at the subject I whole heartedly recommend this article from The Wild Hunt by Cara Schulz.) I remember one of my very best friends telling me on that first trip to Brushwood “I’m really looking forward to seeing your partner naked.” I know that he most likely meant that as a compliment, he thought my now wife was pretty and wanted to see all of her, but just because someone is naked doesn’t mean they want people looking at them. Compounding matters the only place my girl* was going to be naked in public at that festival was the shower (co-ed, and we usually showered together) and that is completely the wrong place to be looking at anybody. She was there to get clean, not to put on a public performance. I don’t expect people to only look at the bath-house floor, but like hands, sometimes eyes should be kept to themselves. Thinking back on that comment now I completely understand why nudity seems to be in retreat at Pagan Festivals.

A few years later one of the festivals I regularly attended was in the middle of changing locations. During the selection process there was a loud minority of people who were concerned with the showers remaining co-ed. Now there are all sorts of reasons for people possibly wanting co-ed showers, but I couldn’t help but feel bothered by some of it. Was there a vocal sub-groups who wanted co-ed showers just for the public nudity? I just didn’t see why it was a potential deal breaker for anyone. The chatter just made me go back to my friend’s comment about seeing the love of my life nude and made me wonder if all of those people upset about separate showers were agitated for that particular reason.

There is something very freeing about being naked in public and in ritual. Wiccan ritual in my birthday suit just feels witchy and it’s empowering. “Look at me gods! This is who and what I am!” It’s never ever ever (and extra ever there for emphasis) felt sexual but perhaps I’ve been lucky. My experiences with nude ritual have been limited to the coven structure and all took place with people I trusted. When people say that it’s sexual perhaps it is sometimes, especially in “cult of personality circles” or eclectic groups with little training and/or experience, but that has never been my experience. I’ve only rarely felt like a piece of Prime Meat while naked at a festival, but I’m not all of that and a bag of chips. For some folks (especially young women) I have a feeling that the experience was not the freeing journey they thought it might be, and that’s too bad. It reflects poorly on our community that something freeing might be turned into something negative.

As you read this it’s very possible that I’m naked right now. I’m back at Brushwood for their Sirius Rising festival to present some workshops and speak on a panel. If I am naked it’s most likely because I’m walking to the shower or it’s been so wet that I’ve just given up on dry clothes. I mostly like being naked but I think I look better in a tunic.

*Not that my lovely wife belongs to me in any way, but I will say she likes being called my girl, and I love being called her man. 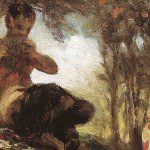 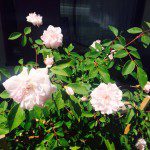