A (Pagan) Wind in the Willows 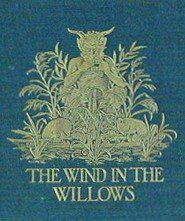 The kinder, gentler version of Pan many of us know today comes courtesy of early Nineteenth Century England and can be directly traced to the Romantic Poetry of the period. In the writings of Keats, Shelley, Hunt, and Wordsworth Pan was transformed from a more minor untamed god into the protector of the eternal English Countryside. Certainly the Ancient Greeks liked Pan, but they never quite saw him as the embodiment of all nature. In the Nineteenth Century Pan went from god of the shepherds (the Indo-European root word “pa” means shepherd) to god of all (which is how the word pan translates in Modern Greek). The change in Pan’s disposition can be looked at in a number of ways. The easiest one might be that of “artistic license,” with Pan becoming the English god of nature through a misunderstanding of his name. That’s certainly possibly, but I’ve always believed that it most likely came about due to a change in the god himself. 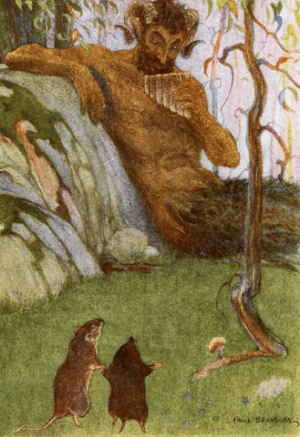 The “literary cult of Pan” lasted for about one hundred and twenty years, from the start of the Nineteenth Century up until the end of World War One. I wouldn’t say that “Pan left the building” after the first world war, but he did recede a bit from popular literature. One of my favorite Pan appearances post-1920 is in Dion Fortune’s The Goat Foot God, and my second favorite treatment of Pan in all of literature takes place in Jitterbug Perfume by Tom Robbins, first published in 1986. (Jitterbug Perfume contains perhaps my favorite line in all of English literature: “In losing you they were losing their body wisdom, their moon mystery, their mountain wisdom, they were trading the live wood of the maypole for the dead carpentry of the cross.”) Even more recently Rick Riordan, the author of the Percy Jackson series of books, has written some rather flattering things about my favorite hoofed deity. Pan has appeared in literally hundreds of poems, plays, and stories, but to me the greatest flowering of Pan in literature will always be found in Kenneth Grahame’s The Wind in the Willows from 1908.

Pan was never the star of Willows, but the chapter in which he appears (Chapter Seven, The Piper at the Gates of Dawn) ended up as the inspiration for the book’s initial cover art. It’s also been the part of the book that has most resonated with me over the years (for perhaps obvious reasons), but when I talk to people about the book or share a little bit of it with the unfamiliar, I find them just as hooked. I’ve read Piper at the Gates of Dawn probably a hundred times or so in my life and nearly every time I do so I find myself nearly reduced to tears. Pan isn’t just a “nature god” in Grahame’s book; he’s an “august Presence” and “the Friend and Helper.” He’s knowable and awesome, beautiful and terrifying, and completely worthy of worship. How a book that contains this passage:

“Rat!” he found breath to whisper, shaking. “Are you afraid?”

“Afraid?” murmured the Rat, his eyes shining with unutterable love. “Afraid! Of Him? O, never, never! And yet—and yet—O, Mole, I am afraid!”

Then the two animals, crouching to the earth, bowed their heads and did worship.

How The Wind in the Willows has managed to stay in public school libraries over the years with very little controversy is a testament to just how great the god Pan truly is. (Or perhaps blessed ignorance . . . it’s a book with talking toads, moles, and otters, how theological could it ever be?)

While Pan only shows up once in Willows he (along with some of his Olympian brethren) was a frequent guest in the writings of Kenneth Grahame. I think it’s safe to write that Grahame saw Pan as his link to the British Countryside. Reading about the life of Grahame it’s clear that all he really wanted to do was fish, boat, travel, and hunt. He was also a bit of a curmudgeon who enjoyed his privacy. He liked being away from civilization and his version of Pan is a clear expression of that. One of Grahame’s first (anonymously) published pieces was specifically about the god Pan in nature. The Rural Pan, An April Essay was originally published in 1891 and in 1893 made its way into Grahame’s first book, The Pagan Papers (mostly a collection of previously published essays). The Pan in April Essay has a lot in common with the Piper who would turn up in The Wind in the Willows:

“But remote in other haunts than these the rural Pan is hiding, and piping the low, sweet strain that reaches only the ears of a chosen few. And now that the year wearily turns and stretches herself before the perfect waking, the god emboldened begins to blow a clearer note.”

“Yes: to-day the iron horse has searched the country through . . . . Bringing, too, into every nook and corner fashion and chatter, the tailor-made gown and the eyeglass. Happily a great part is still spared . . . . in which the rural Pan and his following may hide their heads for yet a little longer, until the growing tyranny has invaded the last common, spinney, and sheep-down, and driven the kindly god, the well-wisher to man — whither?”

I would never go so far as to say that Grahame worshipped the god Pan, but clearly Grahame felt something for the goat footed one.

To me Grahame’s version of Pan is exceedingly clear: he’s the personification of benign nature, “the god” of the wild places, but some scholars have come up with different interpretations over the years. Writing in the periodical Victorian Studies Michael Steig envisions Pan as both a Father and Mother figure: ” . . the animals’ response combines a worship of the nurturing mother . . . with a submission to the all-powerful but benign father,” interesting, but the literary cult of Pan was not a new thing in 1908. If anything it was a 100 year old literary tradition, a tradition that had never before seen Pan as both a mother and father.

For the last nine years I’ve been facilitating workshops on the worship of Pan in Ancient Greece and his re-emergence in the Modern World. I’ve typically finished my lectures on Pan with an excerpt from Piper, and to this day it still gets to me. I know that the Pan of Arcadian Greece still plays his pan-pipes, but Grahame’s modern understanding of Pan most directly illustrates the god who stole my heart. It’s Pan at his very best. He’s powerful, vulnerable, and his tune is the very song of Nature. There are things like it in English literature, but nothing as beautiful, and it can all be found in a beloved “children’s book.”

Below is an audio clip of me reading my favorite passage from Willows. The relevant text is below that.

Jason’s Favorite Bit in all of Literature:

“This is the place of my song-dream, the place the music played to me,” whispered the Rat, as if in a trance. “Here, in this holy place, here if anywhere, surely we shall find Him!”

Then suddenly the Mole felt a great Awe fall upon him, an awe that turned his muscles to water, bowed his head, and rooted his feet to the ground. It was no panic terror—indeed he felt wonderfully at peace and happy—but it was an awe that smote and held him and, without seeing, he knew it could only mean that some august Presence was very, very near. With difficulty he turned to look for his friend, and saw him at his side, cowed, stricken, and trembling violently. And still there was utter silence in the populous bird-haunted branches around them; and still the light grew and grew.

Perhaps he would never have dared to raise his eyes, but that, though the piping was now hushed, the call and the summons seemed still dominant and imperious. He might not refuse, were Death himself waiting to strike him instantly, once he had looked with mortal eye on things rightly kept hidden. Trembling he obeyed, and raised his humble head; and then, in that utter clearness of the imminent dawn, while Nature, flushed with fulness of incredible colour, seemed to hold her breath for the event, he looked in the very eyes of the Friend and Helper; saw the backward sweep of the curved horns, gleaming in the growing daylight; saw the stern, hooked nose between the kindly eyes that were looking down on them humorously, while the bearded mouth broke into a half-smile at the corners; saw the rippling muscles on the arm that lay across the broad chest, the long supple hand still holding the pan-pipes only just fallen away from the parted lips; saw the splendid curves of the shaggy limbs disposed in majestic ease on the sward; saw, last of all, nestling between his very hooves, sleeping soundly in entire peace and contentment, the little, round, podgy, childish form of the baby otter. All this he saw, for one moment breathless and intense, vivid on the morning sky; and still, as he looked, he lived; and still, as he lived, he wondered.

“Rat!” he found breath to whisper, shaking. “Are you afraid?”

“Afraid?” murmured the Rat, his eyes shining with unutterable love. “Afraid! Of Him? O, never, never! And yet—and yet—O, Mole, I am afraid!”

Then the two animals, crouching to the earth, bowed their heads and did worship.

Quotes taken from: The Annotated Wind in the Willows by Kenneth Grahame, Edited with a Preface by Annie Gauger. It’s Gauger who writes that Grahame’s Pan had a “touch of the homoerotic.” 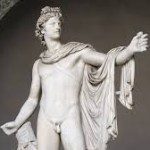 July 17, 2014 Oh No I'm Naked!
Recent Comments
0 | Leave a Comment
"As long as you are not publicly worshipping a deity from a living religion, I ..."
rosewelsh44 Wicca: Misconceptions & Misidentity
"Celts and Gauls seemed to allow anyone into their tribe who proved themselves worthy. That ..."
rosewelsh44 Wicca: Misconceptions & Misidentity
"True. And you'd probably get the disapproving look for even asking for them. I read ..."
Amanda Ingalls Why We Need to #DefendOccultBooks
"I had a friend once who tried to preach to me how to be Wiccan, ..."
Amanda Ingalls Why We Need to #DefendOccultBooks
Browse Our Archives
Related posts from Raise the Horns