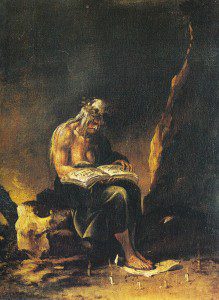 Over the last several months I’ve noticed a lot of online articles about Witchcraft that make use of the word Wild. The most common iteration along those lines has been Rewilding Witchcraft a lovely turn of phrase that apparently resonates with a lot of folks. Historically witches are often viewed as outsiders, and few things are more wild than the outsider.

I’ve always had trouble with the idea of a wild Witchcraft because my Witchcraft is not wild. There’s a method to my madness in circle and I tend to think of it as measured and controlled. We cleanse the coven, say a prayer, cast a circle, light the temple, call the quarters, welcome everyone to ritual, invoke deity, have a working, celebrate cakes and ale, and then say goodbye to the energies raised and powers invoked. We’ve got a ritual outline we stick to and a Book of Shadows that does a pretty good job of spelling out all the “hows and whys” of our rituals. 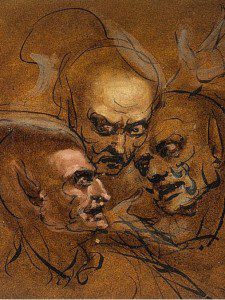 Because wild has several definitions and has been used in conjunction with Witchcraft by a variety of writers the mechanism that rewilds Witchcraft can vary from person to person. Often it’s about getting in touch with the Earth, and doing so on a very primal level. I had a friend tell me that she has always felt more at home in the woods (“the wild”) than in a city; that nature offers a level of comfort and even protection for her that she doesn’t find anywhere else. I completely understand those impulses and the feelings that come with being in the wilderness, and I’ve always found those experiences exhilarating, but not necessarily wild.

For nearly our entire history as humans we haven’t so much lived in harmony with nature as we’ve tried to control it. Even when my friend goes into the woods she brings civilization with her, certainly in tiny pieces, but it’s there. Maybe she’s wearing deet to deter the mosquitos, and most likely there’s a phone buzzing in her pocket. Even the shoes she wears are illustrative of how humans have shaped the natural world to their own end. Unless one randomly wanders into the woods completely naked and empty-handed we tend to venture into nature in a controlled and measured sort of way. That’s not to say that we all enter the woods as conquerors, only that we bend the rules slightly to make a day in the forest easier on ourselves. We aren’t any different from our forebears in this regard. They manipulated wood and stone to make weapons, and wore animal skins and furs, all things that required a degree of civilization and cooperation. 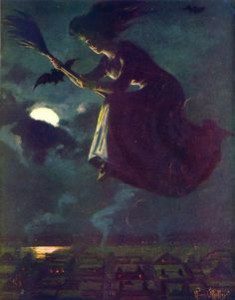 Some of the most wild places on Earth have been shaped by human hands. Many scientists today believe that at least large chunks of the Amazonian Rainforest were human-made. In the Amazon there’s a type of soil known as terra preta, most likely engineered by the Native Americans who lived there before Columbus. That’s not wilding the wilderness that’s taming and shaping the environment in a positive and sustainable manner. Today’s GMO’s are created in laboratories but we’ve been genetically modifying plants and animals for 12,000 years or longer. Corn (maize) has been so manipulated that scientists can’t quite agree on where it came from! I want to live in harmony with the Earth, and I want wild places to exist, it’s just that when I visit those wild places I expect to wield a level of control while in them.

Wilding Witchcraft is usually about more than just a beautifully messy ritual or the environment, it’s often reference to working with the dead or spirits. This has never been a part of my practice on a regular basis. That’s not to say that I ignore the dead, but my focus has nearly always been on deity. My first prayer as a Pagan was to the Goddess, not a whispered devotion to a long removed ancestor. We have an area in our ritual room devoted to the Mighty Dead but we don’t actively invite those spirits to ritual. If Auntie Doreen and Uncle Gerald want to show up we’ll be glad to have them, it’s an open invitation, not the centerpiece of our work.

For some a Wild Witchcraft is a politically active Witchcraft, and I’d be lying if I said that my political choices weren’t directly informed by my spirituality. I vote for (and support) candidates that I believe have the best chance of “doing good” for the Earth. I boycott groups and businesses that treat their employees like cattle or attempt to weasel out of paying taxes (giving up Burger King is not much of a burden!). I don’t write about my politics on this blog because I assume all Pagans agree with these things even if they believe that another path will eventually take us there. My decisions in the political arena are often like my Witchcraft, cautious and measured. Instead of responding simply with outrage I want to understand the problem and then try and figure out the best way to contribute to solving it. 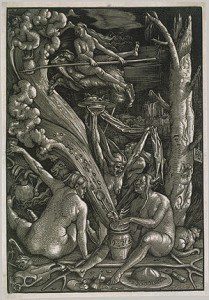 Perhaps it’s a matter of definition but I’ve always failed to see how a “wild” approach to environmental issues is beneficial. My reactions to our environmental challenges are usually extremely precise. Living in drought plagued California my plan is to consciously limit water use. I do that by taking shorter showers, letting my front lawn turn a lovely shade of brown, and using water saving appliances (we are blessed to own both an energy efficient dishwasher and washing machine). Will this single handedly save the planet? Of course not, but I don’t understand what furious rage and anger are going to do either. I guess one could curse the Koch Brothers but again I’m not sure that solves anything. In addition as someone who believes in the law of return that just doesn’t seem like a very good plan.

I’ve been lucky enough to have several experiences that correlate to the idea of religious ecstasy. I worship ecstatic gods (Pan! Dionysus!) so it figures that I’d have incidents that transcend the mundane world. Some might look at those experiences as “wild,” but there’s a part of me that disagrees. I have had great experiences with Dionysus and Pan because I took the time to build a relationship with them. “Drawing down” Dionysus has never been a random act, it’s always been a conscious planned activity. Even when he’s visited at times I was unprepared for him I still had to willingly surrender to his power. There’s a relationship between my gods and myself, and even though they are gods and can do as they please, they seem to honor it. In the case of Pan that means behaving in an appropriate manner. Even Pan at his most primal tends to carry a piece of civilization with him, that wine doesn’t make its self.

I believe that Modern Witchcraft has some of its origins in Ceremonial Magic, a very precise and un-wild practice. Most ceremonial magicians are careful practitioners, aware of astrological circumstances, the precise way their tools work, and well versed in the powers they conjure up. That’s not to say a precise science like ceremonial magic is incapable of experimentation, only that the experimentation is likely to take place in controlled circumstances. We all change our rituals and spellwork up depending on circumstance, but I prefer to mix it up in a way similar to how a great chef prepares a meal. That chef is usually going to have a pretty good idea of how things are going to turn out when they add a little extra cumin or garlic.

For those that see their origins in the Village Wise Woman or Healer instead of the magician I’d argue that the degrees of separation aren’t all that different. Both disciplines require a working knowledge of the mechanisms being used to achieve the desired result. Whether that comes from books or oral sources doesn’t matter, both are evidence of civilization. In addition to the knowing, the growing of herbs is an example of shaping the world to one’s own liking. 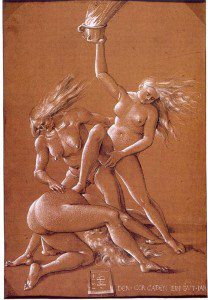 My biggest problem with the idea of a “wild” Witchcraft is that I believe Witchcraft and the powers that go along with it are very real things. Invoking the gods isn’t simply a matter of procedure, it’s a physical event. I would never characterize my Witchcraft as “wild” because it’s something I believe should be approached with caution, reverence, awe, and a very clear plan of action. If I’m going to call “the ancestors” during a ritual I want to know who those ancestors are and how they might act within my circle. I don’t think the souls of the dead are something to screw around with. The idea that I would allow a “wild” entity into my practice feels irresponsible. As a High Priest the safety of the coven is important to me, and safety means knowing what’s likely to happen and being prepared for it.

One of my frequent sparring partners on social media often argues that Witchcraft has lost its “darkness” and that a cautious approach to our art adds to that erosion. I could not disagree more. Others may wish to trifle with the gods or spirits but not me. I recognize the wild that exists within my faith but I honor that wild by acknowledging its existence and then proceeding in an informed manner. There’s a reason Trad Witchcraft involves training, I’d even go so far as to say that books exist for much the same reason. A powerful Witch knows what they are doing and directs the energy they raise in a precise and exact way. My Witchcraft isn’t wild but it is effective.

Like what you’ve read? How about liking Raise the Horns on Facebook, or perhaps sending a little love the way of Patheos Pagan, home to a whole host of great articles, many of them a lot better than this one! Are you a Pagan living in the UK? Jason will be in London and Edinburgh this September and October, send him a message if you’d like to get a cup of tea or a pint of cider. 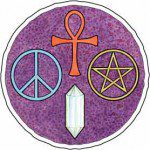 September 1, 2014 Paganism & The New Age
Recent Comments
0 | Leave a Comment
Browse Our Archives
get the latest updates from
Raise the Horns
and the Patheos
Pagan
Channel
POPULAR AT PATHEOS Pagan
1