When prominent Pagans paganism/" target="_blank" class=" decorated-link">get caught saying something stupid and are called out on it their defenders often rush in with comments like “you can’t speak to an Elder that way!” It’s a way of responding to the criticism without addressing the criticism and an attempt to turn the conversation on the person calling out the bad behavior. In the middle of such conversations I sometimes find myself wanting to say “That’s not my elder.”

There are lots of “elders” within the various traditions that make up Modern Paganism, but someone else’s elder may not necessarily be my own. If an “elder” practices a tradition I would never be welcome at and I’ve never read their books they are probably not my elder. That doesn’t take away from what they’ve done in this life or their legacy going forward, just that they are doing something different from me. I’m a Wiccan Witch and it’s an honor I wear proudly. Anyone calling themselves a “Warlock” is occupying a separate headspace from my own. 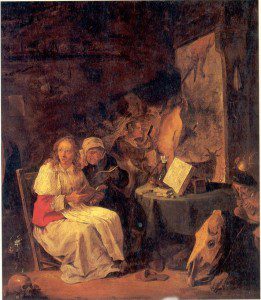 I want to be careful here, because my refusal to think of someone as an elder doesn’t necessarily mean I think any less of them. One of the dictionary definitions of an elder is “a leader or senior figure in a tribe or other group” and right now I’d argue that Modern Paganism is comprised of many “tribes.” My elder may not be your elder, and that’s fine. Most of us are also a part of several tribes so we probably have different elders depending on the situation. Not seeing someone as an elder doesn’t imply a place of disrespect either, I’m respectful of all kinds of people I have not ever considered an “elder.”

The word elder most likely means different things to different people. I tend to think of my elders as people who paved the way for me to practice the Craft and are there to offer guidance, suggestions, and sometimes answers. Usually those people are older than me, but that’s not necessarily always the case. I would never call someone an elder in a Pagan sense simply for being older than I am, just like I wouldn’t exclude a young voice from a debate simply because that voice is young. For me to call someone an elder the title has to be earned, and it can also be taken away. When someone does something disappointing, foolish, or downright wrong “elder status” should be forfeit. 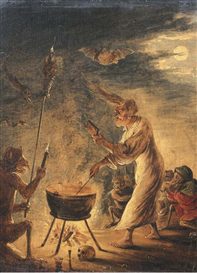 In my own Pagan experience I’ve met several types of elders over the years. Many of my elders walk the same path as I do and a few others simply walk near by. What they all have in common are various degrees of experience and knowledge that have informed my Pagan journey. Here’s how I generally look at those I consider elders . . . .

The Transcendent Elders This is a fluffy way of saying “people who have written a lot whose ideas have been shared by a wide cross-spectrum of Paganism.” I’m not a Druid nor do I wish to be a Druid, but a guy like Ian Corrigan has had a big influence on my thinking over the last 20 years. I’ve never shared ritual space with Ian (apart from a few opening ceremonies at a couple of festivals) but his books and writings online have been important to me. This same type of thinking applies to bigger names too. I’m not a Reclaiming Witch but I’d be lying if I said Starhawk hasn’t been an influence in my practice. Starhawk and Ian come from different backgrounds but I’ve been to their workshops and read their books and those experiences had an effect on me.

Elders of Place Most areas have a few elders of place, these are the folks who serve as the lynchpins of their communities. They may not walk the same path as you, but they help to bring the tribes together and do their best to a create a Pagan Community. Most of us will never hear anything about these folks, but they are often extremely influential where they reside. Sometimes these folks exist in the shadows organizing Pagan Pride Days and similar events and all without ever standing in any spotlight. The Elders of Place are often the unsung heroes of Greater Pagandom.

Elders of a Tradition As a part of an initiatory tradition there are a whole host of people I think of as elders that the majority of Pagans have never heard of. These are folks whose wisdom is generally shared only with other initiates or practitioners of a certain corner within Modern Paganism. The Elders of Tradition are the ones who have had the most impact on my life over the last ten years. That most of you wouldn’t think of them is of no difference to me or them, which is fine. It’s also genuinely why someone else’s elder might not be my own. 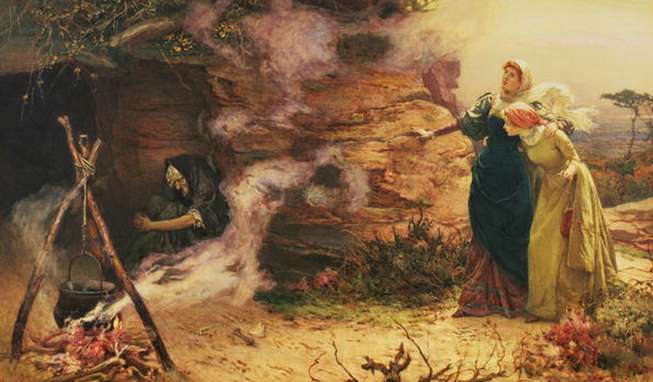 For many in the Pagan Community elder isn’t just a description or an honorarium, it’s a title with significance and meaning. When I choose to call someone an elder it’s coming from a place of deep respect. Those I call elders have had an impact on my life in a positive way and achieved their status in my eyes through their words, actions, and deeds. It’s not a title I would ever throw around lightly, and we are all free to agree and disagree about who we call (or don’t call) an elder.

We are all responsible for our words and actions; the title of elder is not a get out of jail free card. Ultimately the title of elder is earned (and kept) when an individual chooses to share, love, respect, and ultimately bring people together. The elders in my life have never dictated to me, only advised and offered sage counsel. I hope it’s that way in your own experience as well. 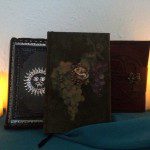 September 3, 2014
Witches Toolbox: The Book of Shadows
Next Post 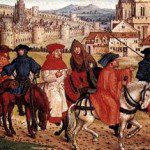