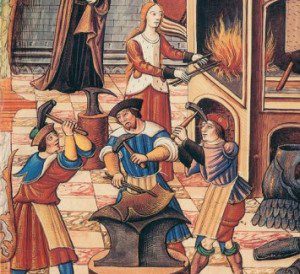 Within British Traditional Wicca (called in Britain simply “Initiatory Wicca”), there exists a structure known as the degree system. One’s first degree is initiation, or becoming one of the Wicca. Second and third degree initiates are acknowledged to be more experienced initiates of progressively greater skill, talent, or “power.” But what does it all mean in practice? In order to answer this question, let’s discuss the parallels that the medieval guild structure has with the Wiccan degree system . . . .

This series of posts is designed to be read in order if you haven’t seen the first installment click here for part one.

Journeymen artisans were expected to do just that, journey. Travel from town to town, work with others of the same guild in which they had apprenticed, learn and share styles, materials, tools, and techniques. Like apprenticeship, a journeyman’s study could take years. Journeymen were paid a wage, might live apart from the master’s residence, often married and started a family. 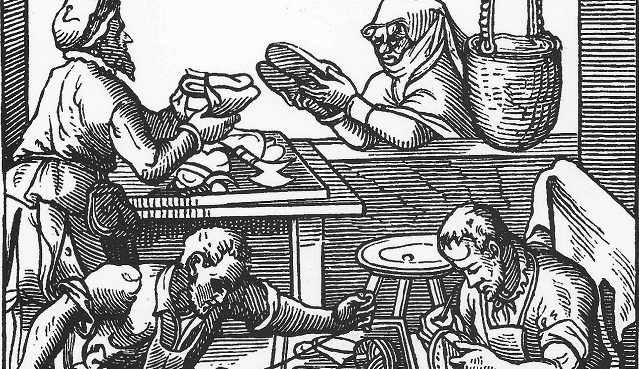 To transition to mastery, journeymen undertook to create a master-piece, a piece of work by their hands that was adjudged to be work worthy of a guild master. And not every journeyman, sometimes called a “jack,” succeeded in becoming a master in his guild. “Jack of all trades and master of none” refers to a person unsuccessful in achieving master status. A competent journeyman often remained in his master’s business as a valued assistant and still might rise to mastery in time. In larger craft workshops, a number of masters might work in a common facility. (1)

Whether an initiate has been once or thrice round the Wheel of the Year and its sabbat cycle, elevation to the second degree brings many responsibilities and connections. First and foremost, second-degree elevation connects an initiate to the current of energy specific to initiatory Wicca. Such connection causes inevitable changes in an initiate—ones that need to be absorbed throughout her ensuing year and a day. The second degree carries a responsibility to the Craft as a whole. 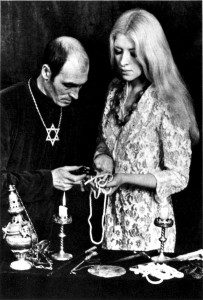 The expectations for a newly elevated second-degree witch begin with getting to know the God, a task which often involves path-workings and underworld trance journeys. Once the degree has settled, the second may guest with other covens, or attend multi-tradition open sabbats or classes of other traditions of witchcraft. During second degree work, initiates explore within themselves as well as without. Often second-degree initiates find challenges in dealing with their shadow selves, those parts which they’d rather not acknowledge, confront, resolve, nor have others know.

The duties of a second-degree witch include learning to teach magical skills, assisting the leaders of the coven, and learning the process of initiation to first or second degree. (2) The teaching requirement of second degree does not send our initiates out in search of converts; the Wicca do not proselytize. A second-degree initiate may have personal or family knowledge that interests the coven. For example, a student of eastern European ancestry might give the coven a class on traditional techniques and designs for dying pysanky, Slavic Easter eggs. Another may pursue research into home-brewing methods for making ritual ales or wines or meads, and share successful recipes in ritual. A working geologist may introduce the group to practical uses of natural minerals, including how to find the crystal that works—in contrast to the one that just looks pretty.

As has been told elsewhere, teaching—that is, sharing the understanding I have of the basics of Craft study and magical techniques with other seekers—is something both that I felt “called” to do, and that is an expectation of initiates seeking to become a second-degree Wiccan. I had done so before I was “called,” and continued to do so, with restraint that respected my oaths as well as my students, for several years. A specific instance occurred during that teaching which affirmed my “calling” . . . . . .

I and my working partner taught a several-week series of the sort often known as “Wicca 101”—we titled it Introduction to Wicca. He and I both felt strongly that even at that level some very rudimentary energetic exercises must be a part of what we taught. Grounding, centering, the very first steps towards spiritual journeys or “astral travel” that provide basic safety protocols—those were among the energetic instruction that we included. Also an introduction to sensing auras—something that was part of our last session in the series.

A lovely middle-aged couple, a woman whose connection to Goddess fairly shone out of her, and her husband, an innately grounded man with a wide-open mind and pragmatic nature, were two of our students—I’ll call them Rose and Charlie. When it came to that last session of the course with our students in Rose & Charlie’s class, we partnered everyone up with someone else, someone not closer than just a fellow student, and asked them to ground, center, close their eyes, and try to perceive/sense/determine, by reaching out gently with both palms at chest height, to where their partner stood facing them—as they each stood matched up about four feet apart.

As was typical of our experience, everyone in the group found themselves sensing something of her or his partner at a distance of as little as 15 inches and as much as three feet. Except Charlie. I had partnered with Charlie, as it happens, and I found myself struggling to stand still as I watched him move his hands so close to me I thought he’d make contact. And then he stopped, at a distance of about ¾ of an inch. He pulled his hands back, and tried again, with the same result, and a look on his face of profound interest.

My memory will not retain the more routine details of the remainder of class, because once we wrapped up, Charlie told us that he had taken the course both to accompany his wife and learn about her spirituality…and as an exercise in spiritual philosophy. He had not expected to encounter anything that altered his perception of what was reality…but he had, not 20 minutes past. So not only did Rose take our second course offering, the forthcoming Wicca for Practitioners series or “Wicca 201”, but Charlie did, too.

The poem presented here is my understanding of the oath that I swore both at my initiation and on a later occasion.

To Swear an Oath
Upon my self I take the charge
To know and will and dare,
And to keep silent lest my kin
Be taken unaware.
Unto the Ancient Ones I heed
That, teaching me, hath wrought
The growth within me, and the pain
Of lessons dearly bought.
The Mystery I can never show,
Nor share, nor tell untime;
Yet ever share with kinfolk so:
In prose, and deed, and rhyme.
—2000 CE 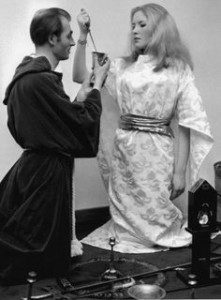 A second-degree practitioner may be given responsibilities beyond that of every coven member. A woman might be named “maiden” of the coven, often considered a deputy high priestess. Similarly, a man might be appointed “guardian” or “summoner” or asked to understudy the role of the high priest. Such understudy roles match the custom of the “maiden coven,” where its coven leaders are second-degree initiates growing into fully-fledged coven leaders under the guidance of their parent coven.

Underworld journeying, shamanic studies, divinatory methods beyond any yet used, Craft history, the second degree calls the witch to live the Wiccan path as much as study it. Inevitably, bumps and bruises, missteps and mistakes occur along the way. Often, coven leaders are called upon to assist with mistakes, correct missteps, cluck over the bumps, and salve the bruises… or not, as seems good to them. Sometimes a coven leader’s hardest task is to allow the error to occur, and wait until asked for assistance before deciding whether to act or to let be, to speak or to keep silent. 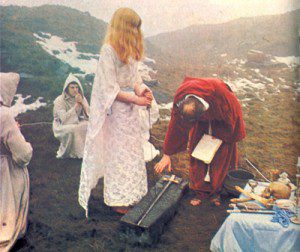 During second-degree studies, practitioners determine or discover any Craft specialties. They may have healing talent, and learn ways to use it within Craft as well as without. They may find they develop undiscovered psychic skills, or even the ability to teach them. A second-degree witch may choose a wider audience, presenting open rituals for the local pagan community, offering classes in herbs, stones, divination, or dance. Nothing in the tradition forbids such public teaching, and nothing in the tradition demands it.

Second degree also requires practitioners to step out of their comfort zone, another form of journeying. They may be adept at tarot but ignorant of astrology, talented at rhymed spells but unable to keep a steady beat on drum or rattle. Learning unfamiliar skills, stretching into tasks and techniques that are unfamiliar or outright alien, these challenges broaden practitioners while adding more tools to their witchy toolbox.

Unlike the first degree, once one has progressed to the second degree, one is expected to work to achieve the third degree. First degrees are practitioners, plain and simple, with but responsibility to their gods, their coven, and themselves. Second degree engenders a deeper change, imbuing a sense of having begun something which is less than complete… and an awareness of challenges to come. 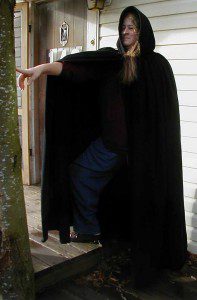 About Our Guest
Deborah Snavely has been a Gardnerian initiate since 1995, and became an elder in the Craft in 2001. The following year she founded her first coven, a second followed in 2010. During the 1990’s she was editor of Pagan Muse & World Report, which won a Reader’s Choice Bronze Award from the Wiccan/Pagan Press Alliance in 1996. Deborah was an early online presence and hosted a weekly Pagan/Wiccan Discussion Group at AOL’s Religion and Ethics Forum. That forum was named “One of the 50 Best Places to Be Online”by PC Week Magazine in 1995.

Deborah has been studying divination since 1975, and has worked as a professional reader. Her favorite deck is the Robin Wood Tarot.

2. At second degree, most North American initiates have the ability—but not the authority—to initiate another person into the Wicca; that authority remains with the third-degree coven leaders, who may appoint a working pair of second degrees to lead what is sometimes called a maiden coven. Initiations into such a maiden coven are performed by the second-degree leaders…whose authority to perform the initiations are granted by their elder third degrees. In contrast, some European BTW covens are led by second-degree initiates; the third degree being viewed as almost a spiritual retirement, or one undertaken by a working partnership together to complete the hieros gamos. 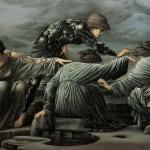 November 4, 2014
Degrees, Guilds, and Initiation Into the Wicca
Next Post