When Someone Leaves Paganism

One of my friends recently returned to Christianity. It’s something I’ve seen many times in my twenty years of Paganism, and it’s usually not a big deal. Except sometimes it is a big deal. It can easily turn into one of those “well you think you know someone!” sort of situations, and while I’ve never had one of these situations turn ugly, I have witnessed some bad situations from the outside. Watching my friend begin this new chapter brought up some thoughts old and new about people leaving Paganism, and how we (as Pagans) should react to it.

I know that when I’ve had friends change teams in the past it’s helped me to re-evaluate my own beliefs, and generally this has been for the good. However, there are times when it’s made me see the weaknesses in my self. I’ll admit to being greedy sometimes, of course I want more Pagans! But is that really a healthy attitude? Am I really acknowledging everyone else’s deities when I belittle or minimize one from another faith tradition? Sometimes a person choosing to leave Paganism can benefit me too.

The conversion of a friend can be a chance to evaluate our own beliefs.     When I was younger one of the phrases I often heard in regards to religion was all paths lead to the center. As I’ve gotten older I’ve found myself agreeing with this particular sentiment less and less, but I still see some value in it. When a religion or spiritual path makes someone a better person then I think that religion might be taking them to the same placed I’m trying to get to. I know full well that not everyone wants to be on of the Wica, or even a Pagan, and that’s cool with me. I know some fine Buddhists and some great Christians whose spiritual progression has been similar to my own. In those instances the idea that everything leads to the center resonates with me.

Of course, sometimes a religious journey turns a person into an asshole. I’ve had friends embrace virulent strains of Christianity that have mostly succeeded in making them miserable, and worse, have turned them into people I don’t want to ever be around. When loving Jesus turns someone into a judgmental and close-minded individual, it’s hard to think that someone is on the same path the rest of us are on. (Despite what you’ve heard, I’m generally a pretty nice guy, at least I try to be!) Of course there are many Pagans out there who aren’t particularly nice . . . .

But really, we don’t all have to be going to the same place. If religion makes someone a better person, or improves their life in some amazing way, maybe that change is good enough. I have different spiritual goals than most Heathens I know, and that’s completely fine. If that’s fine, why can’t it be fine when someone converts to Christianity? And let’s remember Christianity is not necessarily intolerant or lacking in the mystic. There are many Christians out there who are just as accepting as many Pagans and just as spiritual, it not more so.

As a polytheist I believe that the world is full of deities: goddesses, gods, spirits of place, and spirits of the dead. For me it’s bad theology to think that another faith’s deity is “not real.” In my mind Jesus and Yahweh are just as real as anything else. They aren’t my gods, but they are gods. (Even Christianity’s most troublesome deity, Satan, is a real power in my estimation.) If I want people to take my deities seriously, don’t I have to take their deities seriously? When speaking about deity with some of my Evangelical friends I find a lot of similarities between their relationship(s) with Jesus and my own with the Greek Pan.

If all you’ve got in common with a friend is Paganism, well, that’s not a completely healthy relationship.      My best friends in the Craft have always been people I like outside of the ritual room too. If the only thing I talk about with someone is Paganism our friendship is probably not as strong as it should be. My coven-mates are my coven-mates because I talk about all sorts of stuff with them. Sure we discuss Witchcraft, but sometimes we also talk about baseball and football too. Or maybe we talk about Geek Culture, like how awesome The Flash and Arrow are, or perhaps even our individual lives!

Many of my best friends were Pagans in their early 20’s but eventually drifted away from it, but all the other things that made them such great friends remained the same. We still talk about movies, politics, and everything else. Someone changing religions doesn’t mean that all those other things you shared with that person are suddenly invalid. Of course when someone can discuss the evolution of the Gard BoS over the last seven decades I do tend to like them a little bit more . . . .

Is it OK to feel betrayed?     When Teo Bishop closed down the grove a few years ago I remember some people out there considered it a betrayal. Most of us didn’t see it that way, but I think the feeling is normal. Talking about spiritual things is intimate. It’s not quite like the caress of a lover, but those of us who do it are often opening ourselves up and revealing things beyond the norm. It’s easy to feel close to a writer one likes and admires, especially when what they write speaks to you.

Most Pagans I know who have left the path have done so with grace and love. They didn’t tear the house down on their way out, but certainly if a coven-mate speaks of it “all being a game” when they leave the circle a feeling of betrayal in the short-term is perfectly normal. Someone who supports your spiritual experiences and then attempts to delegitimize them later is being an ass. I’d feel betrayed if that happened to me too.

If a friend converts to a different religion and becomes a dick, they should be called out on it.     No one gets a free pass, and while we should still be supportive of the religious choices of our friends, bad behavior should be called out. When someone starts using the Bible as an excuse to treat some people as second-class citizens we don’t have to let that stand.

There are people who have left Pagandom and did so while spinning lies and falsehoods about what kind of people we are. If an ex-friend turns out to be a Bill Schnoebelen or other such oath breaker, we shouldn’t take their betrayal lying down. Of course most people we meet who leave Paganism won’t act like that. In fact, most of people I’ve seen leave the Pagan path remain pretty nice folks.

When someone you leaves the Pagan-fold the best thing you can do is to remain supportive. No matter where they go spiritually, there’s no reason why you can’t remain friends (with certain exceptions). I remember how hard it was to convert to Paganism . . . starting a new religious journey can be like starting a new life in some ways. Being a friend means acting like a friend even when it’s tough to do so.

And every once in awhile people do come back to Paganism. I’ve seen a few Pagans (some very well known) convert to a new faith for a time and then come back to the fold. When they do that I tend to be accepting to. None of us can truly know what’s going on in someone else’s heart, but we can be there with a hug or a word if we allow ourselves to be. 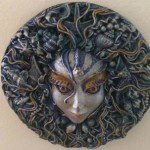 August 20, 2015 I Don't Like the Word "Woo."
Recent Comments
0 | Leave a Comment
Browse Our Archives
Related posts from Raise the Horns