A Witch Vs. The Witch

I saw The Witch last night and now, fourteen hours later, I’m still not sure if I liked the film or not. Generally my reactions to movies are immediate-I either like something or hate it, but with The Witch I don’t know what to think. Some of that is because I’m not sure what the movie its self wants me to think. (Warning: minor spoilers ahead.)

Writing about The Witch is a difficult exercise due to that uncertainty. Is it a Christian morality tale about the evils of the Devil? Is it a young woman’s coming of age story? Is it a psychological thriller about how fear can create its own reality? Do the bad things in the movie generally take place in the minds of the antagonists? I think it’s possible to argue for all of these ideas, and none of them. That’s how twisty things are in my brain right now.

So far reaction to The Witch in the Pagan community has been mixed. The film certainly doesn’t cast Witchcraft in the best light, but witch is a complicated word and I think it’s silly to try and own it. “Witch” will always have both good and bad connotations depending on who is using it and how. And in some ways The Witch is the most accurate depiction of Burning Times Witchcraft I’ve ever seen.

Reviews From Friends (Who Know More About Film Than I Do.)

Heather Greene at the Wild Hunt

Peg Aloi at the Witching Hour

The awful things that happen to the overly pious Christian family in The Witch are all things that people in the 1630’s believed Witches did to others. The imaginary witches of that era ruined crops for no reason, kidnapped babies for flying ointments, caused animals to lactate blood, and happily fornicated outside the marriage bed. All of that is depicted in The Witch, and in a way that plays to the fears of that era. The witches depicted in the film are spectral beings, real women, and delusions all at the same time.

As a student of history this was probably my favorite part of the film. The witchcraft of the era (along with the beliefs and superstitions that followed in its wake, for hundreds of years in some places) was often petty and ridiculous. Witches were believed to ruin the lives of others simply for sport. The negativity attributed to witches, and shown to those accused of it by society, was so cruel and awful that it’s hard to believe anyone of a sound mind ever wanting to self-identify in such a way. In some ways The Witch is worth seeing just for the documentary like accuracy. (Writer/director Robert Eggers used actual witch trial records, diary entries from the period for dialogue, and a whole host of other sources to try and accurately depict what people believed about witches at the time.)

Just as awful as the actions of “the witch” in the film is the Puritan-laced Christianity of the era. There is no joy here; only an unloving, completely unmerciful, impotent Jehovah. (That’s right, I wrote “impotent Jehovah.”) The Christian faith portrayed in The Witch is nearly painful to watch, and when the family’s daughter (named Thomasin) finally gets around to selling her soul to the Devil in the film’s ridiculous climax I was actually happy for her. Here was, at last, a chance to “live deliciously” instead of as the powerless pawn of a god who turns his back on his followers.

I’m not a film critic and I can be very thick-headed, but by the end of the film you get the feeling that Eggers is actively blaming the family’s problems on supernatural events. When things change from “this could possibly be in the heads of the characters” to “look there’s a talking goat who is an instrument of the Devil” I found myself a bit bothered. While the film is not set during Salem’s infamous witch-trials, it’s hard to escape the specter of them. I always find it disheartening and dishonest to cast the innocent souls murdered during that period as practitioners of something sinister. (As a the reviewer at the AV Club summed up the film: “the result is a horror movie that comes dangerously close to showing sympathy for the real devils, the kind that burned witches instead of instructing them. ” I can’t put it better than that.)

It’s also impossible to feel much sympathy for the life-hating Puritan parents in the story. Not only does their god come across as something heartless, they themselves feel petty and selfish. I’ve read a few reviews that paint the eldest daughters embrace of the Devil as a way for her to claim her own agency. While I was happy that she’d soon be dancing naked around the bonfire, selling one’s soul to Satan gives Old Scratch all the power in the relationship. Ultimately there are no winners, only losers, and dead Puritans.

Despite my misgivings about the film, for anyone with an interest in “Traditional Witchcraft” this is a must-see. It’s also a useful exploration of what “witchcraft” meant in the 15th and 16th Centuries. For those of us who choose to embrace the word witch we owe it to ourselves to see exactly what the word has meant over the centuries.

PROS:
Excellent Acting
Creepy, the sense of dread is hard to ignore
Historical Accuracy in regards to what people thought Witches did (The “selling of the soul” scene was especially something right out of Margaret Murray)

CONS:
If you are offended by “bad witches’ stay away.
I’m tired of the Salem-Witch-trope
The good guys are the bad guys. 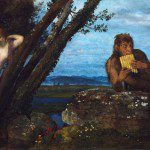 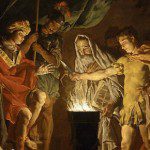 March 3, 2016 10 Things I Love About Witch Ritual
Recent Comments
0 | Leave a Comment
"Interesting. Too much Greek for me [I know very little Greek lol] 1 little point, ..."
Nekoshema More Witchcraft & Pagan Trivia
"I have all 4 of the Campanelli's books that you mentioned. I don't even remember ..."
Karantha Rewriting Witchcraft & Overlooked Authors
"Re: #32, that fictional book is the Necronomicon; you missed a syllable."
Doug Edwards More Witchcraft & Pagan Trivia
"Castañeda invented the character of don Juan, but he was getting his information from Yaqui ..."
Michel America’s Most Important Occultist(s)
Browse Our Archives
get the latest updates from
Raise the Horns
and the Patheos
Pagan
Channel
POPULAR AT PATHEOS Pagan
1