An American in Britain: The Waters of Life

An American in Britain: The Waters of Life September 7, 2016 Jason Mankey

In the United States we use the Irish spelling of the word whiskey, but in Scotland whisky is most definitely not spelled with the extra vowel. Much of our current trip has been dedicated to “Pagan things” but ancient and more modern, but we also made sure to spend some time with our favorite spirit, scotch whisky. 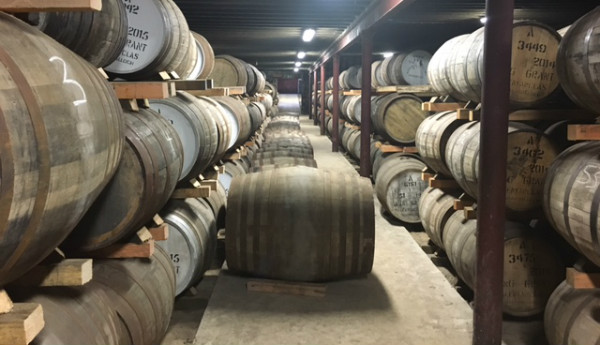 There are many kinds of whiskies, but Scotch whisky can only be found in Scotland. There are other whiskies that are made exactly like Scotch, but if they aren’t made in Scotland they are not Scotch. But Scotch is not just a Scottish affair, it’s a beverage tied to many other places in the world. To be called Scotch the whisky has to mature in oak barrels on Scottish soil, but the barrels themselves come from a variety of places. The two most common are Spain and the United States.

Most barrels used to hold Scotch have have been used previously, generally holding either bourbon or sherry. Sherry casks (using Spanish oak) are the current rage at the moment, because they give Scotch both a rich color and a lush fruity flavor. Bourbon barrels (using good old American Oak) provide Scotch with vanilla and/or caramel notes, but don’t always do much to deepen the color. (Despite what some people think, a Scotch’s color is not really all that important.)

Our recent whisky tour took place over two days, and included a private tour guide and a private driver. Our tour guide, Ronnie Berri, also shared over thirty whiskies with us during our tour. I think Ari and I tried over fifty whiskies in a period of just under 36 hours. It was an incredible amount of Scotch, and an incredible two days. (A note about Ronnie, on the morning of our second day he separated his shoulder but the tour continued uninterrupted. While we visited Glen Moray he went to the Emergency Room.)

We officially visited four distilleries: Glenfarclas, Glen Moray, Tomatin, and Macallan. Out of those four Macallan is the most well known (and the world’s third largest producer of Scotch), but Ari and I got more out of visiting the smaller distilleries. Our last two tours (Glen Moray and Tomatin) were set up by Ronnie and were sort of “behind the scenes tours” tailored just for Ari and I.

The majority of Scotch consumed in the world is blended, meaning a master blender takes a variety of whisky casks and produces a specific drink out of them. The well known Johnny Walker is a blended whisky and might be a combination of 12, 18, 24, and even 40 year old whiskies. Many Scotch aficionados, especially in the United States, prefer “single malts,” which generally come from a variety of casks of the same age. I think the most interesting Scotches are “single barrel” spirits, meaning one particular bottle comes from only one particular cask. A single barrel Scotch is a truly unique beverage, and the contents of no two barrels will ever taste and look exactly the same.

Scotch is made with three ingredients: grain (in the case of Scotch generally barley), water, and yeast. The grain is first malted, where it’s brought to life in order for it to produce sugar, and then warmed up so it stops maturing. It’s then crushed, and mixed with water and yeast to produce a beer like beverage. The “beer” (called “wash”) is then distilled twice to remove any impurities and to extract the best alcohol from it. This is done in a kiln, and the shape of the kiln will change from distillery to distillery, though they often look like a witch’s hat. The “spirit” that’s extracted from the kilns is then placed in a barrel and allowed to age a minimum of three years before it can officially be called Scotch. Whiskies are often transferred from barrel to barrel in the aging process.

The barley, spirit, and barrels are what give Scotch its distinctive set of flavors. Scotch with a smokey or peaty flavor generally acquires that attribute during the malting process when the barley malt is dried out with a smoke containing peat. Many Scotches are first matured in bourbon barrels and then moved into a sherry cask, we found one finished in apple cider cask, you better believe we bought that one.

Whiksy roughly translates to “waters of life” so in a way our whisky trip was very spiritual. Scotch is something we both love and respect, and our admiration for it has only grown due to our recent trip.

(This is not meant to be a thorough explanation of Scotch, it’s mostly just a way to share some pictures of our vacation that I think some people might find interesting.) 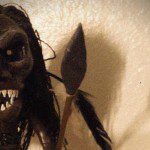 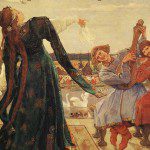 September 9, 2016 Public Ritual Is Hard (And Sometimes We Fail At It & That's OK)
Recent Comments
0 | Leave a Comment
Browse Our Archives
get the latest from
Raise the Horns
Sign up for our newsletter
POPULAR AT PATHEOS Pagan
1

You Cannot Be Taught To Be...
For Puck’s Sake
Related posts from Raise the Horns

Introducing the Witchual Workout!
We are designed to be in motion, and movement is a good...
view all Pagan blogs
What Are Your Thoughts?leave a comment
Copyright 2008-2020, Patheos. All rights reserved.