Who’s Your Daddy? (Or You Like St. Expedite, I love Zuni)

(I’m Jason, this is usually my blog, but I’m currently on vacation so I thought I’d let some of my friends run the place while I’m gone. Danette Wilson, today’s writer, has some of the best energy at Patheos Pagan. I’ve never met a person who wanted to write here more than Danette. When I asked for outside contributors for my trip she was the first person to send me something.)

As magical people we work with spirits, ancestors, guides, angels, and demons. The people who choose Santeria have their Orishas and/or Saints. The people involved in Vodou utilize and draw on the Loa. In Hoodoo it’s also Saints, Expedite, La Madama, and Spirit of Blackhawk. Dianics love their Goddesses, while Wiccans venerate and work with many Gods and Goddesses from across a variety of pantheons.

Voodoo, specific to New Orleans, loves Marie Laveau, and their were Voodoo Queens before her and names such as Dr. John and Annie Christmas are part of Voodoo lore too. I have a friend who works with Pazuzu, so do I. That’s one of the things that connected us. An Assyrian and Babylonian god of the first millennium BC who represented the southwestern wind, the bearer of storms, he drives and frightens away other evil spirits, therefore protecting humans against misfortunes. Who can’t use a little of that!

I have another friend who honors and spreads the word and has made Harriet Tubman, a woman who led enslaved people to freedom along the Underground Railroad, as an honorable spirit to work with in his tradition. South of the border, has risen a whole following of Santa Muerte, and in my area, Tijuana has an entire cemetery shrine to Juan Soldado, a man unjustly accused.

Are we all so different, or do we all have the use of guides in common? In Ceremonial and High Magick there is summoning, evocation, invocation, calling upon entities. Whether conjuring, or connecting with the divine, or prayer, the spirit realm is brought to the foreground in our lives in unique and personal approaches. Some are traditional, and some are outside the box if you will. Chaos magic is highly individual and borrows from all belief systems and uses whatever god suits their current paradigm and discard it when necessary. The world is your oyster.

Whether servitor, guide, spirit or friend, it is said that the spirits pick us, not the other way around. I believe this to be true, and so I introduce Zuni, and yes some people do find him a little frightening. 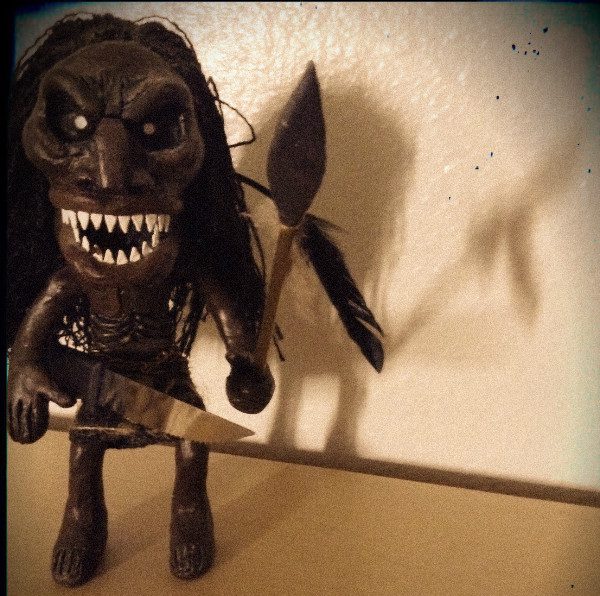 On Tuesday March 4 1975, ABC television premiered Trilogy of Terror, a made for television movie consisting of three short stories. On of those stories (Amelia) was about a Zuni fetish doll, crafted in the form of a misshapen aboriginal warrior equipped with razor sharp teeth and a spear. A scroll comes with the doll, which claims that the doll contains the actual spirit of a Zuni hunter named “He Who Kills”, and that the gold chain adorning the doll keeps the spirit trapped within. (It’s a TV movie, never mind that the Zuni are a Native-American whose lands are in present day New Mexico/Arizona.) Being a horror movie, the doll does a lot of evil things before the soul within it takes over the body of the story’s protagonist.

A fetish doll or carving is an object that the bearer believes harbors the spirit of someone or something, and provides special protections or assistance. They were often used to improve hunting or health, and it was thought they created a connection between our world and the spirit world. While just about every tribe in the world had some version of a fetish doll, the Zuni versions are perhaps the most famous.

They are believed to be so powerful and beneficial to your well being, that a Directional Fetish Carving set carved by Navajo Fetish carver Roy Davis and his brothers Herbert and Jeff, was sent into space aboard the space shuttle “Endeavor” in 1994.

The power of the Zuni fetish lies within its heart, much like the power of the animal the fetish represents. It is believed that the hearts of the great animals of prey are infused with a spirit or medicine of magic influence over the hearts of the animals they prey upon. The “breath of life” derived from their hearts whether near or far never fails to overcome a game animal. The breath of the powerful prey animal overcomes the weaker animal.

Fetishes have long been an important part of Native American culture. When a fetish maker prays over his created work, a mystical power is believed to be released which can assist him in finding a solution to his present problems.

For me, Zuni is a protector; he empowers, and cuts and clears any obstacle. He is one of our family’s totems and adorns the fireplace mantle. My husband gifted him to me, and he even came with his own little scrolled history paper of authenticity and lore. 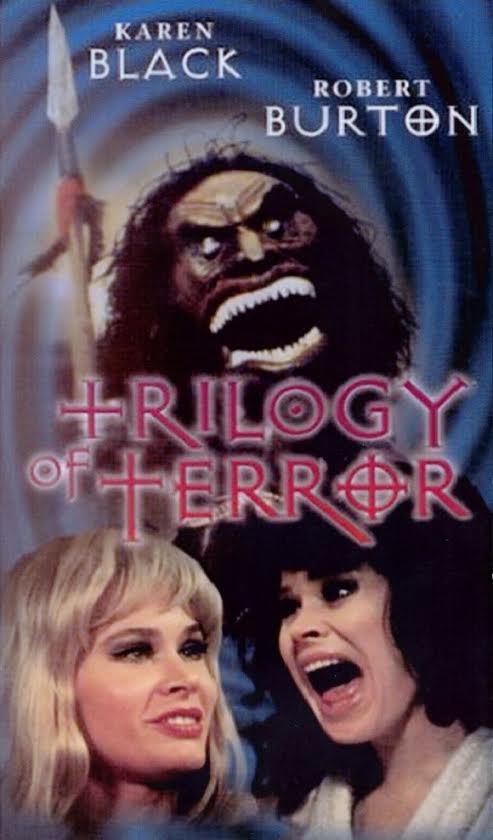 Our relationship has evolved over time. Like in the movie, he detests luggage. It is an odd fact, but whenever luggage is left in the living room before a trip, that piece has either been torn, damaged, or lost on the trip. We have learned to keep luggage in other rooms.

Another odd fact, we have always had weird issues with every oven since his arrival into the family. In the movie, the oven was also a trap he hated.

In the movie, Karen Black/Amelia gets cut on her ankle and right leg first. I have a scar on mine, that was obtained right before the gifting of him to me. It is a white, colorless dime size circle that I received on a boat in Zambia. Could this be have been a form of initiation?

After I had him for a while I measured him against that scar and found that it was perfectly aligned with his little spear and the exact height that he was. Weird but true. In truth Zuni’s are linked with New Mexico, but our Zuni, from the movie, as originally written, was the Spirit of an aboriginal warrior.

There are different theories but the Aboriginal people are thought to have arrived in Australia from south-eastern Asia some time between 60,000 and 35,000 years ago. They were very creative people (and still are) and expressed their everyday life and religion in arts, song and dance. Their spiritual songs often tell about Dreamtime’s ancestors. Maybe I had an ancestor from way back then, who knows? I am happy to take on the warrior spirit in the face of challenge. Good medicine for anyone. 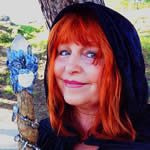 Danette Wilson is a 2nd Degree Witch, who loves to study religions from Santeria to Hoodoo to Voodoo and beyond. She attends Festivals, and Workshops when not writing and adores photography. Born on a Wednesday during the witching hour, Celtic Irish and Scottish on her Dad’s side, with Mom’s side blending a Grandpa Gypsy tarot reader from Budapest, Hungary and a Grandma from Bratislava, Slovakia, she has love of exploring and travel including time spent living with the Masai in Africa, climbing Tulum in Mexico, and tracing the path of Dracula through the Romanian countryside. Life is a journey and Danette can also be found sharing hers at the Red Witch’s Journey, she also writes here at Patheos on Agora. 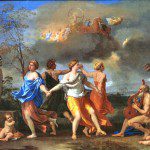 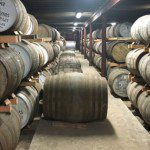 September 7, 2016 An American in Britain: The Waters of Life
Recent Comments
0 | Leave a Comment
Browse Our Archives
Related posts from Raise the Horns