Of course Witchcraft has changed me, what’s the point of adopting a spiritual practice if it doesn’t change or fulfill you? But the Craft has done more than change me, it has transformed me. I went from being an intolerant-President-of-my-church-youth-group-knucklehead to a tree-hugging Pagan who worships Pan and Aphrodite. The Craft has been a gift to my life and has given me a sense of purpose, and these are just a few of the ways it changed me for the better.

A Deeper Relationship With Deity

There are many strands of Witchcraft and not everyone’s practice revolves around goddesses and gods, but that’s been an integral part of my practice since the very beginning. I still remember the first night I prayed to the Goddess, adding her to my then nightly Christian prayer. “Lord AND LADY keep me safe this night, secure from all our fears . . . . .” I felt a great rush of energy wash over me after saying “and Lady” and it was like nothing I had ever felt before as a Christian.

Those early experiences with the Divine Feminine were just the beginning. Just a few years later I’d be adopted by a grinning Pan, and delve into the mysteries of Dionysus. Through working with my wife I’ve come to love and honor Aphrodite, and it’s not a new turn of the Wheel in my life without my yearly thank you to the goddess Brigit.

When speaking at my interfaith events one of the things that I often mention is how there is “no barrier between a Witch and the divine.” When I look at other religions I see all sorts of obstacles that keep practitioners away from their deity (or deities). The Catholic Church wants Priests to navigate the experience between mortal and deity, and so many religions have piles and piles of rules that must be followed in order to touch the divine. None of those things exist in the Craft, and we are free to find the gods in nature and in the circle.

Comfort in the Face of Death

I once heard it suggested that people are religious because of the fear of death. I think that’s certainly an over-exaggeration (and many early faiths-including pagan ones-didn’t have much to say about the afterlife), but there’s probably a little bit of truth to it. Who isn’t scared of death to at least a tiny degree? It’s the ultimate unknown, and even when we think we know what happens when we die we still grieve when we lose a loved one.

But one of the most extraordinary things about Witchcraft is that it has made me more comfortable when it comes to facing my own mortality. The phrase “the veil between the living and the dead” is lowered at Samhain almost sounds like a cliche at this point, but there’s so much truth to it. Like attracts like, and when the natural world is full of death and transition it makes sense that such activity might attract the souls who have gone before us. At Samhain I have felt those souls, felt them stirring, felt their energy and power, and been reunited, however briefly, with those that I have loved and lost.

Apart from Samhain there have been other points of contact too. Our coven’s Mighty Dead sit on our shrine and while I doubt Gerald Gardner is visiting very many of our rituals, I sometimes feel some of those who shaped my Craft just outside the ritual circle. I’ll never know exactly what “lies on the other side” until I make that journey, but I’m confident that some part us lives on, because I’ve experienced the touch of those who have left this world.

Appreciation and Awe for the Natural World

This one is so obvious that I’m almost embarrassed to have it here. I’ve always loved the outdoors, I was a Boy Scout and the best part of being a Boy Scout were the hikes and camping trips. I’ve always cared deeply for our planet, but I wasn’t in awe of it until I embraced Paganism.

My early years in Witchcraft were more silly than surefooted, but there were still some extremely magickal moments in there, and so many of them revolved around natural things I had previously taken for granted. I remember collecting rain in thunderstorms for various spells, and just taking the time to feel the breeze when it would find me. Previously I might have thought “that’s nice” when encountering a cool gust of wind on a hot Summer day but after becoming a Witch I’d stop to listen to it, and feel it. For me it was all sort of the difference between seeing something and experiencing it.

In the United States we keep a modified secular Wheel of the Year, and I remember always looking forward to the change of the seasons as a kid, but I never felt connected to them. The rituals of Witchcraft serve to connect us to those transitions in a tangible and real way. As I write this I’m not suddenly now “one with the Spring” or anything, but I can feel the change of the Earth going on outside my front door and tap into those energies when I need to. I loved the Earth before the Craft, but now I feel like a part of it instead of just an observer.

My wife Ari is more than a life partner, she’s my sun and stars, my cosmic mate so to speak, and so much of that is due to the Craft we share together. Though I’m a few years older than she is, we grew up in the Pagan world together. We attended the same circles, festivals, and other events. As she grew as a Witch, I did the same, and we progressed in our work together.

But it’s always been much more than that. Experiencing the Lord and Lady in circle has energized our relationship. Our practice isn’t simply “shared” it’s connected. Certainly we are both capable of leading ritual apart from one another (and have done so many times) but even when Ari is not with me physically, she’s still there. In the circle our energies have twisted and entwined, after every ritual I find myself loving her more than I did before.

In the tradition of Dion Fortune, I think the ritual of drawing down the moon has brought us closer together. In the work of Fortune drawing down the moon (though she did not use that term) was a shared act, and it didn’t happen without a partner. The Craft also sees sex as sacred, adding a level of intimacy to that act which did not exist previously in my life. To be so connected to someone and love them so deeply . . . it has completely changed my life for the better.

For better or for worse Witchcraft brought me here, and has in many ways become my life. Thanks for being a part of the journey. 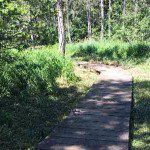 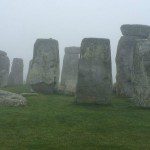 April 17, 2017 When Was Modern Paganism Born?
Recent Comments
0 | Leave a Comment
Browse Our Archives
get the latest from
Raise the Horns
Sign up for our newsletter
POPULAR AT PATHEOS Pagan
1