Last September the owners of my local Witch-shop asked me if I would be interested in teaching a Wicca 101 type class at their store. I replied with a very casual “maybe” and after some long discussions with my wife decided to give it a shot. In many ways I’ve been learning just as much as my students, though probably for different reasons.

This is the second time I’ve done a Wicca 101 class, and in many respects it’s been much harder the second time around. My first go at a Wicca 101 class was about fifteen years ago, back when I thought I knew everything and really knew nothing. That class was so much easier to teach because I found myself repeating the standard claptrap I’d read in dozens of books, a spiel that no longer works for me in a lot of ways.

The landscape of Pagan Studies (which in many ways has mostly focused on Wiccan-Witchcraft) has changed considerably since those days, and I just find myself armed with far more knowledge today than I did back then. Today I can identify certain bits of ritual and confidently state where they came from and how old they might be. I certainly didn’t think Wicca was a 2000 year old tradition when I taught that first class, but I did think many of the concepts utilized in Wicca were (and I was really wrong about some of them).

WICCAN THEOLOGY (OR NOT)

During my first foray into teaching Wicca I spoke often of “The Wiccan Goddess” as if She were a universal in every ritual circle. This Great Goddess was the goddess of everything and could be easily summed up in the idea of Maiden/Mother Crone, an idea I thought was ancient at the time. The truth of “The Goddess” is far more complex and is not so easily simplified.

Certainly there are many Wiccans who honor The Lady, and see her as Maiden, Mother, and Crone. This kind of language is often found in my own coven and is certainly familiar to most of us, but it’s also problematic for several reasons. Triple goddesses existed in the ancient world, but they were goddesses in triplicate (or more) to explain their many attributes. It wasn’t a division based on age.

In the Ancient World there were Maiden goddesses, Mother goddesses, and Crone goddesses, but they were never really the same Goddess. Maiden/Mother/Crone as three parts of a whole is relatively modern idea, arising from Robert Graves’ 1948 book The White Goddess and should be honestly explained as such. (There are a few instances in the Ancient World where the idea comes close to being articulated, but it was towards the end of the pagan era.) 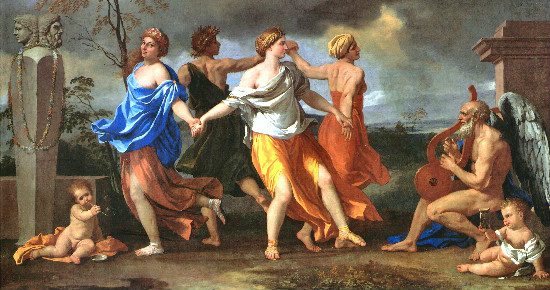 I’m not uncomfortable with the idea of Maiden/Mother/Crone and I think it makes for a lovely metaphor, but I also find it extremely limiting. It just doesn’t adequately capture the complexity of womanhood, and it tends to center on childbirth and issues of virginity; pregnancy is not the goal of every woman, and I think the Goddess should express that. It also doesn’t take into account trans-women and people who don’t identify with any gender at all. (For a far greater exploration of these issues pick up Lasara Firefox Allen’s amazing book Jailbreaking the Goddess.)

Wicca is also a spirituality that doesn’t require a particular belief in deity. It’s possible to be an Atheist-Wiccan or a hardcore Polytheist-Wiccan, with both interpretations of the divine being seen as valid in the circle. As for me I reside somewhere in the mushy middle, acknowledging a plethora of deities and experiencing many of them as separate and unique entities, while also believing that they might be related or connected in some sort of way. I just don’t know, and I’m not arrogant enough at this point in my life to think that I know or explain my understanding of the divine as the only way or “the Wiccan way .”

While I’m pretty good at talking about the Horned God as an idea and a deity, I’m also cognizant of the fact that people honor that figure in a variety of ways. For some “horned god” might just be a way of grouping several deities together that many think are related, reserving worship or reverence for particular and specific gods such as Pan or Cernunnos. Are Wiccans polytheists? Neo-Platonists? How about duotheists? Probably depends on who you are talking to, and maybe even what day.

Many Wiccans also spend a lot of time talking about The Lord and The Lady, which is again something I do myself. But Lord and Lady were originally titles, not the name of a specific, universal Witch goddess and god. Lord and Lady were placeholders for names that couldn’t be said aloud in front of the uninitiated.

The end result is that individual deities might just be metaphors, or perhaps certain types of energy, or maybe very specific self-aware figures. So it’s kind of up to each individual Witch to decide for themselves how they perceive the divine. That makes teaching challenging because some folks just want a straight answer, and it’s certainly all so much easier to teach if there’s just one specific understanding of deity. 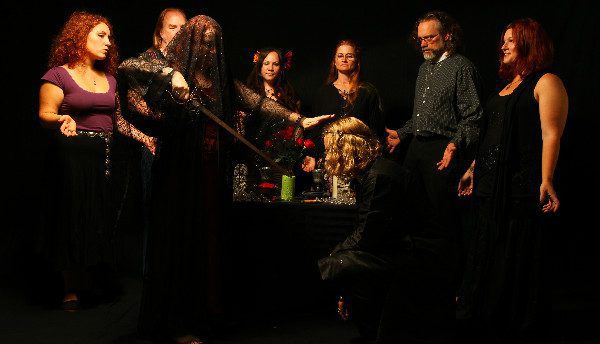 HOW WE “DO” IS TOUGH TO VERBALIZE

Wicca is mostly about practice and most specifically how we practice. When I call the quarters I know what I’m visualizing in my head and reaching out to with my spirit (and/or heart), but that doesn’t mean it’s always easily explained. So much of Wiccan practice is personal, and my view of something (see deity above) is just one interpretation of several.

I’m not teaching a class in order to turn it into a coven or to further my interpretation of Wicca, so it’s important to me that my Wednesday night crew does not, strictly speaking, become a ritual group. Sure I try and encourage everyone to do things from time to time. We’ve called the quarters together and cast some circles, but I’ve never felt as if we were all standing fully between the worlds and ready to experience life-changing ritual after such exercises. And many times they’ve felt like exercises, not surprising since we have a lot of beginners and people who haven’t practiced in several years.

I’ll also never quite know what’s going on in the heads of my students. Are they drawing from the same sort of places I am, or are they reaching out to something else, or perhaps they are finding nothing at all? I know when someone in my coven has cast a good circle because there are certain energies associated with that process. Those energies are hard to feel in a small space inside a bookstore with people I’ve only so far really encountered in class.

But the challenges presented in class have also, so far, made me a better Witch. They’ve encouraged me to see with as many eyes as possible and to offer as many interpretations as I’m able. Wicca has always provided its adherents with a great ritual structure, I can teach that, but it’s up to each individual Witch to fill in whatever blank spaces they may find. 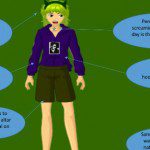 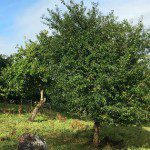 May 26, 2017 8 Pagan Things to Do in the Summertime
Recent Comments
0 | Leave a Comment
"JOIN THE ILLUMINATI TODAY AND ACHIEVE YOUR GOALS IN LIFE,IT IS FREE TO JOIN. As the ..."
M ICHEAL BRIGHT Witchcraft & the Freemasons
"Hello! How do I worship Hekate? Can she get me a girlfriend? And how do ..."
Jimmy Butler Hekate: Goddess of Witches
"I truly liked the article. I mean no disrespect when I say I am going ..."
Michael Jeter Hekate: Goddess of Witches
"Doing candle rituals that close to the hem of a long skirt seems a little ..."
Jules Morrison The Good & Bad of Witchcraft ..."
Browse Our Archives
Related posts from Raise the Horns