The Witch’s Guide to Beltane

What Is It? Beltane is a sabbat celebrating either the start of Summer or High Spring. When I lived in Michigan it was THE Spring sabbat on the Wheel of the Year. It was often the first outdoor sabbat many of us participated in after Samhain, and it was sometimes even warm! Out here in California it feels more like the start of Summer as all sorts of things are already in bloom and it’s going to be 80 degrees Fahrenheit today (that’s 27 degrees to my Celsius loving friends). We all interpret the sabbats differently so there’s no right or wrong here.

Beltane is generally celebrated on either April 30 or May 1, which is sometimes why it’s referred to as May Eve instead of Beltane. May 1 is by far the most popular date for the holiday, and those who celebrate on April 30 generally do so because the Celts began their days at sunset, meaning “Beltane” daytime is on May 1. Some Witches celebrate Beltane using astrological timing, meaning on the exact date between the Spring Equinox and Summer Solstice. Most years that date is on or around May 5. The best time to celebrate Beltane is when you have an opportunity to do so.

Did Ancient Pagans Celebrate Beltane? Yes, absolutely! Beltane is an ancient Irish-Celtic holiday and first shows up in the year 900 CE (which is about when we’d expect to find it in the written record if it were an ancient holiday). That doesn’t mean that Beltane was celebrated everywhere in the Celtic world, but it was at least celebrated in Ireland, and probably Scotland too.

Sharing a date with Beltane is the German holiday known in English as Walpurgis Night. Walpurgisnacht is the night before the feast day of Saint Walpurga, who battled Witches in life (amongst several other things) and beyond the grave as a saint.. Walpurgisnacht is sometimes called Hexennacht, and was thought to be a night when Witches would gather to celebrate the start of Spring. Is Walpurgisnacht directly related to Beltane? Probably not, but this is a very transitional time of year (Spring to Summer) so it’s not surprising that different groups attached meaning to it. Curiously, a lot of the imagery of Walpurgisnacht was later incorporated into the American celebration of Halloween.

In Wales, the May 1 holiday was celebrated as Calan Mai, and it is remarkably similar to the Irish-Celtic Beltane. It doesn’t prove that a Beltane-like was celebrated everywhere in the Celtic world, but it makes such ideas more plausible. 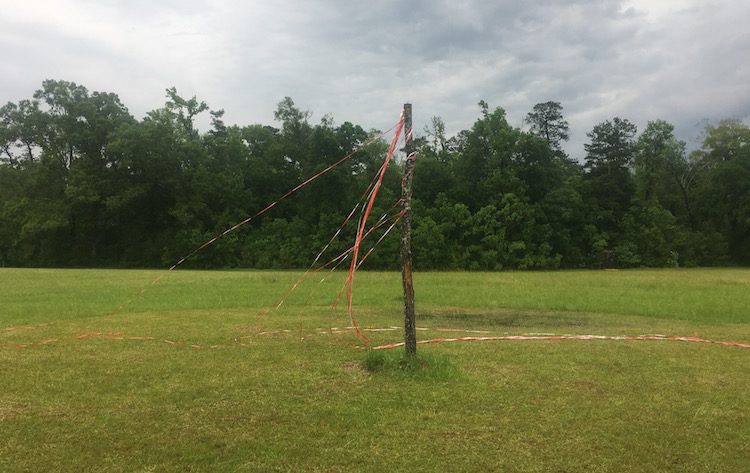 Where Does the Name Beltane Come From? Beltane probably comes from the Celtic word bel which translates as bright or fortunate. As people probably felt fortunate to survive the Winter and were most likely enjoying the bright sunshine on May 1, this meaning makes a lot of sense to me.

The spelling that I most commonly use for Beltane (Beltane) comes from the Scottish anthropologist Sir James Frazer (1854-1941) who spelled the holiday that way in his multi-volume work The Golden Bough. The holiday has all sorts of other spellings too, Bealtaine, Beltain, Beltaine, Beltine, and Belltaine.I don’t think there’s any right or wrong here either, and people should use the spelling that most resonates with them.

Is There Any Mythology Specifically Associated with Beltane? Irish mythology references Beltane, and it’s said to be the day the Tuatha De Danann first came to Ireland. In Welsh mythology dragons and demons sometimes made their presence known on May 1. In many modern interpretations of the Wheel of the Year it’s seen as the day when young deities consummate their relationships. 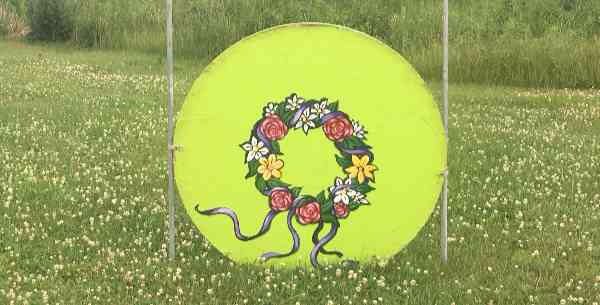 What Traditions Are Associated with Beltane? Though Beltane today is most associated with Springtime it was originally a fire festival. Cattle were drive between fires, and sometimes made to jump over small ones, in order to protect them from disease and malevolent fairies. (Fairies were a major worry back in those days, and probably still should be, and Beltane was a day they were thought to be especially active.)

May Day celebrations in Scotland (often celebrated on May 2) employed bonfires to drive away Witches and other supernatural forces, with people occasionally running through their towns and villages with flaming sticks and pitchforks yelling “Fire! Burn the Witches!” This could be directly related to older Beltane celebrations. Offerings to spirits were sometimes thrown into fires to keep flocks safe too. These practices are not from the long long ago either, and were happening in many places just 100 or so years ago.

For many modern Pagans and Witches Beltane has moved away from its origins as a fire festival and become something far more joyous. Many Witches enjoy a good dance around the maypole on Beltane, and while it’s impossible to say with any certainty that maypoles are an ancient pagan custom, they’ve been around for a very long time. (Though it’s unlikely most people in the ancient world believed them to be giant phalluses.) The weaving maypole dance used in many modern Beltane celebrations is also of more recent vintage dating back to the 19th Century.

Many Morris sides dance on Beltane morning with the sunrise, and watching those dancers has become a Pagan tradition for many. Morris dancing is probably not an ancient pagan survival, but who cares? It’s fun to go see at sunrise at least once in your life.

May Kings and May Queens have been a part of May Day rites since the fifteenth century, and are probably linked to the idea of misrule, a very very pagan institution. We’ve crowned Beltane royalty at many a ritual over the years. Far less common, but still a part of many Beltane celebrations is the figure known as Jack of the Green, who has been linked to the Green Man and various horned and and antlered deities. His origins are far stranger though, and can probably be found in the springtime rites of milkmaids who wore flowers on their heads.

Today Beltane is most often seen as a celebration of the Earth’s fertility and many Beltane rituals are built around that idea.

What Are the Best Ways to Celebrate Beltane? With love, joy, and happiness? Sabbats are what you make of them, and you should always focus on the elements of a sabbat that most resonate with you. In my coven this year we’ll be recreating some ancient Scottish Beltane rites focused on fire and protection. When that’s done we’ll move the altar from the center of the room and play some games.

Maypoles are traditional for a lot of groups, but can be a pain in the butt to assemble and put up, so they probably aren’t as common as some think they are. Borrowing a page from the movie The Wicker Man, some people burn Wicker People at Beltane for various reasons. Since the earth is flowering right now, incorporating some flowers into your rites and at least putting some on the altar will get you in touch with the season.

A lot of older Pagan books put a heavy emphasis on sex at Beltane, and for sure, if that’s how you want to celebrate go right ahead! But it’s not mandatory, and wasn’t a part of the earliest Beltane celebrations either. There’s been some backlash to the heavy focus some people put on sexual imagery at Beltane, so if you go that route make sure all the people you celebrate with are OK with it.

No matter how you celebrate, may your Beltane be joyous and bright! 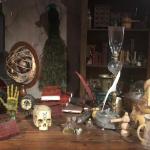 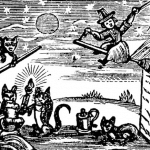