I have been thinking a lot about gatekeeping lately. For those unfamiliar with the term the Urban Dictionary defines it as:

“When someone takes it upon themselves to decide who does or does not have access or rights to a community or identity.”

Gatekeeping has been around in relation to Modern Paganism since the 1950’s. Back then many believed that the only way to become a Witch was through some sort of initiation. That’s a position many still hold to today, though it’s not nearly as common.

Certainly to be a part of many established Witch (and/or Wiccan) traditions one must be initiated. In that sense those traditions retain gatekeepers, and I think many in those traditions find a good balance between those who respect traditions and yet want to move forward as human beings at the same time. In some other Pagan traditions sometimes getting past the gatekeeper can simply be a matter of joining an established group or tradition and paying a small fee or pledging to behave in a certain way.

Not all gatekeeping is bad either. Despite many people in the blogosphere believing that Modern Paganism will soon be overrun with white supremacists and other types of racist assholes, I think we’ve done a fine job over the years of keeping most of those elements far away from the Pagan Umbrella. The major Pagan blogging spots deny them platforms, and conventional publishers like Llewellyn or Samuel Weiser don’t publish their work. When we discover such deplorables in our midsts they are usually thrown out on their asses pretty quickly.

We’re not perfect, and I’m not saying that all Paganism is infallible and that we don’t have issues. Only that generally speaking when faced with obvious racism and homophobia (there’s still some work to do on transphobia, but we are rapidly improving) we usually try and fix the problem and ostracize the guilty parties. So there are instances where gatekeeping serves us well, but gatekeeping and the gods is an entirely different thing.

I believe that deity is complicated, and that it’s probably incorrect to just assume that deity acts and exists in some way similar to human beings. History shows us that deities as we understand them today developed over time. There are goddesses and gods directly related to one another, and deities such as the Graeco-Egyptian Serapis mixed several gods and cultures together. Hermes Trismegistus, originally a mingling of the Greek Hermes and the Egyptian Thoth has become so popular over the centuries that he’s even included in Christian and Muslim lore.

Popular deities rarely stay in one place either. Isis was worshipped throughout the Roman World, with her temples appearing as far afield as Britain. Lingams in honor of Lord Shiva have been found in Babylon and in Africa, obviously far from India. Certainly many deities were only worshipped in small numbers of places, but just the simple fact of us knowing about them means they’ve travelled in some sense. The journey from Linear B to English is just as powerful as a statue ending up thousands of miles from its place of origin.

We continue to see the evolution of deities in the modern day too. Santa Muerte went from a little spoken about folk-saint to one of the most powerful and potent figures in modern magickal practice. She’s “journeyed” too, and today I can find her candles at my local grocery store. She also shows up in traditions far removed from Catholicism.

But Santa Muerte is also problematic in many ways, and there are many who would function as her gatekeeper. She’s from Mexico, and now counts many non-Mexicans from all sorts of backgrounds among her followers. Is it wrong for some people to honor her? Should her worship be limited to only certain groups of people? These are difficult and often vexing questions.

To limit a deity to only a certain time or space limits that deity. If we believe the gods have agency, then we have to believe that the gods have the power to choose who honors them. But on the other hand, we have an obligation as human beings not to be assholes, and that means we must treat deities and cultures outside of our own with respect. Santa Muerte for instance shouldn’t simply be inserted into a Wiccan Ritual because someone thinks it might be cool, and the call of a deity does not necessarily make one an expert. The only thing we can truly be experts in, is our own personal experience, and because deities have many facets those experiences are often unique to each individual.

Over the last couple of weeks there has been a lot of infighting online over just what it means to be a Hellenic Pagan. From the outside it looks rather simple, a Hellenic Pagan is someone who worships the Greek gods and perhaps tries to reconstruct their ancient rites. But Greek culture did not just suddenly stop when most Greeks converted to Christianity, and it’s worth nothing that the actual name of the country is the Hellenic Republic. Hellenism, despite what some people might think, is an ongoing concern.

But on the other hand the Greek gods (along with the practices associated with their worship) spread far from Greece thousands of years ago. They are literally everywhere in the Western World and have been for hundreds of years. They are also a part of the modern world and on the lips of just as many people today as they were 2000 years ago. (Honoring deities in literature and art may not be “worship” in the traditional sense, but it most certainly keeps goddesses and gods alive.) No one can be stopped from worshipping the gods of Ancient Greece or re-creating the ancient practices surrounding them, nor should they be. The gods are everywhere and anywhere. No one “owns” them, and just as there were many manifestations of Zeus throughout Ancient Greece, there are now many manifestations of Hekate in the modern world.

As a dear friend of mine (Hi Astrea!) put it to me after reading an early version of this article: “I have no problem with people telling me what traditional (groups) believe. I do have a problem when they tell me that my experiences, beliefs, and decades-old practices are wrong or artificial.” I feel much the same way, I think most of us are trying to be respectful of other cultures, but at the same time we don’t want our experiences discounted. Devotion to and practices toward deities has never been static. It has always changed, adapted, grew, morphed, etc.

Some of our problems with deities and gatekeeping have evolved because language is imprecise. Holding a spot to Baron Samedi on an altar does not make one a Voodoo practitioner, and worshipping Pan does not suddenly make a Hellenic Re-constructionist or even a Hellenic Pagan. It just makes someone a worshipper of Pan, a deity that’s been written about in English literature more than just about any other. (Seriously, he was “a thing” in poetry for quite awhile.) There’s no “wrong way” to worship Pan (apart from harming another person), and anyone who would claim such a thing is disrespecting the god they are pretending to love so much.

Traditions have fences, and those should be respected, but deities have always been able to jump over those fences. While deities cannot be fenced in, we have to respect where they come from and how they’ve been worshipped over the years and centuries. Hindu deities should not be inserted willy-nilly into public Druid ritual-they’ve been worshipped a specific way for thousands of years. To try and make those deities conform to the desires of mortals feels wrong and intensely disrespectful to the cultures who have nourished them over the centuries. But at the same, what someone does at their home altar is between them and the deities they honor.

This is such a sensitive issue, but I have to believe that no one person or group speaks with absolute authority for any deities, no matter how much we might want that to be the case sometimes. History tells us that most deities have many aspects to them, and we all know humanity has many flaws. Let everyone seek their truth, honor what comes to them, and be respectful while doing so. 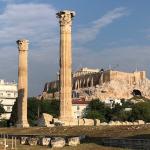 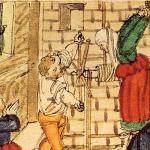 Ritual Of Hekate During COVID-19 For...
Keeping Her Keys
Related posts from Raise the Horns