There are several deities that i just feel closer to near Samhain. It’s unlikely that any of them were ever worshipped or celebrated specifically by the Irish-Celts in the Samhain rites of two millennia ago, but what’s most important to me is that I hear their call today. Some of these deities are obvious, other less so, but all of them hold space upon my Samhain altar. 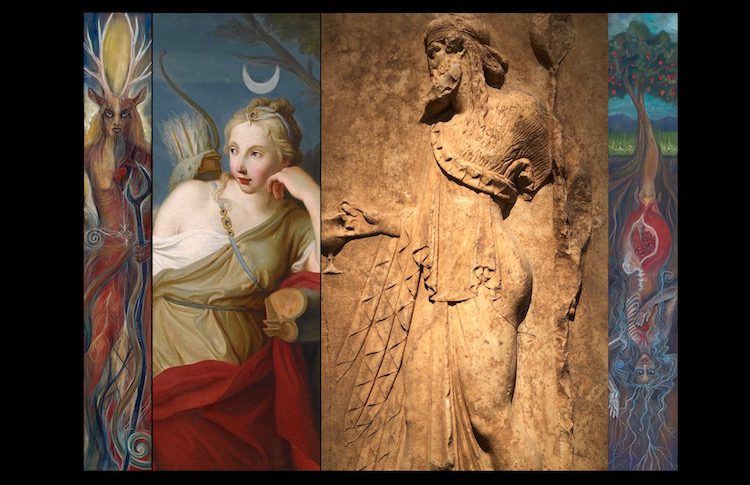 Few goddesses speak to me more loudly at Samhain than Persephone. Traditionally the rites held at Eleusis in honor of Persephone (or Kore) and her mother Deemeter in Ancient Greece were celebrated in late September/early October, so seasonally she’s been a part of this time of year for centuries. In much of the Western World her Autumn mysteries are looked at as her return to the Underworld, adding another layer to her hold over us at this time of year. Many see Persephone as a reluctant Goddess of Death, but that’s never been my experience with her, and many of the variations within her mythology suggest something else entirely.

In both the Orphic Mysteries and the Eleusinian Mysteries she appears to give mortals (or at least assist with) the wisdom that will allow them to return to this world or reach a higher state of existence, if they so desire . In that sense she’s the goddess of death and rebirth, and has some dominion over the gates that thicken and weaken the veil between the worlds. Death and rebirth is appropriate here because most of the deities I associate with Samhain are goddesses of gods of both the living and the dead. That is they have one foot in this world, and one in the next .

When working on a Samhain rite several years ago for a large group I was told “no specific deity names,” but while writing that ritual Persephone was right beside both my wife and I. My wife drew her down into our ritual space that night and I wrote her some words which I feel honor her:

We call it the Charge of the Goddess of Death, and that goddess is Persephone.

We don’t know very much about the Gallic-Celtic Cernunnos. None of his myths from antiquity survive, and all we have to suggest his ancient nature are the visible images that have been left to us. However, many of those images suggest death and the underworld. Some of them do so in superficial ways. Cernunnos was often shown with coins, which were made of metal, and found deep within the earth. (Hades was also a god of wealth.) He’s often seen with snakes in his hands as well, a creature that makes its home in the earth. On the Gundestrup Cauldron he is shown with dogs (often associated with death) and in the company of animals he’s likely to hunt. Can we say that Cernunnos is a god of death because of these things? Not with any absolutes, but it’s possible.

For me what’s perhaps even more important to me are my own interactions with him over the years. When trying to open a portal between this world and that of the dead it was Cernunnos who put his hand upon my shoulder to help me with that task. And every Samhain since he’s been a part of my circle, whether called to or drawn down in the body of his priest and servant (me). In The Witch’s Bible by Janet and Stewart Farrar he’s the Dread Lord of Shadows, an apt turn of phrase for Cernunnos in October, and one I’ve embraced myself over the years.

He gets his own little Charge in my rites too, though it’s not as good as the one I wrote for Persephone:

“I stand at the end of all things, and the beginning of all that is new. I take, and I give. I am the spark of life and he who extinguishes all. I stand with you in this journey and will walk with you upon the next. I am he who gives release from pain and brings to you all that is pleasurable. My touch is feared yet my hand is readily grasped. I rend, I rip, I tear. I love, I lift, I embrace.”

Dionysus you might be saying? God of wine, merriment, and mirth? Yup, he’s certainly all of those things, but he’s so much more than that. Dionysus has long been associated with things far from grape fields, who else do you think was in charge of Delphi during the Winter when Apollo was away? Dionysus has always been a god with his feet in this world and the next . . . .

Dionysus has always been associated with death, or at least near death experiences. His mother Semele while pregnant with Dionysus was burned to ash after asking to look upon the true form of her lover (the god) Zeus. The fetal-Dionysus was then sewn into the thigh of his father Zeus to await birth. In the Orphic Mysteries and other versions of the tale Dionysus was the son of Persephone and Zeus, and was torn apart by the Titans as a child, but his heart was saved, sewn up again in Zeus’s thigh, and was reborn once more. This is why he is often called the “twice born.”

Dionysus gave those who were initiated into the Orphic Mysteries a way out of the underworld after death. Inscribed on 5th Century BCE bone-tablets are the words: Life. Death. Life. Truth. Dionysus. Orphics hinting at Dionysus’s powers over death. How this is interpreted varies, but for me it’s always been a sign that Dionysus leads us to life, and then death, before being reborn once more.

Aradia’s mother, Diana has long been associated with Witches. She was their goddess in the ancient world, and continues to be the goddess of the Witches for many of us today. Diana the huntress is certainly a fine goddess for Samhain, but I can also hear her daughter’s call. Part of that is because Aradia reminds me of Witchcraft’s deepest secrets and mysteries. She was there when Charles Leland was writing the book that bears her name, and has been with her children in the modern age ever since. I know other goddesses get a lot of attention these days, but so much of what we do comes from those who honored Aradia 125 years ago.

In a passage that would later be reworked intoThe Charge of the Goddess just fifty years later, Aradia leaves her followers with these words:

When I shall have departed from this world,
Whenever ye have need of anything,
Once in the month, and when the moon is full,
Ye shall assemble in some desert place,
Or in a forest all together join
To adore the potent spirit of your queen,
My mother, great Diana. She who fain
Would learn all sorcery yet has not won

Its deepest secrets, them my mother will
Teach her, in truth all things as yet unknown.
And ye shall all be freed from slavery,
And so ye shall be free in everything;
And as the sign that ye are truly free,
Ye shall be naked in your rites, both men
And women also: this shall last until
The last of your oppressors shall be dead;

If that doesn’t put you in the mood for working Witchcraft, nothing will.

And I can’t help but think of Laura Tempest Zakroff’s images of Persephone and Cernunnos when writing about them. Those are the images on the left and right in the top picture. Amazing. You can order them at Owlkeyme Arts, but you can’t have the originals, they are in our ritual space! 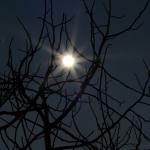 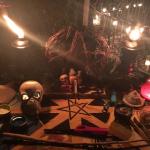 October 27, 2018 Samhain is What You Make of It
Recent Comments
0 | Leave a Comment
Browse Our Archives
Related posts from Raise the Horns