That’s Not Our Paganism

Facebook is both good and bad for the greater Pagan Community. It connects hundreds of thousands of people like never before. It’s often a good forum for discussion and sharing information too. I’ve actually had real friendships develop over the Book of Face, and it allows me to keep up with the friends I have scattered all over the globe. Sadly though, Facebook is also a place where the very worst of “Paganism” is often on display.

Some of the worst in “Paganism” was on display shortly after Beltane when a post from a page calling its self “The Druid Circle” went viral for all the wrong and right reasons. The post in question from “The Druid Circle” was a screed against intelligence, compassion, reason, and pretty much everything I think Modern Paganism stands for. The “right reason” for its viral nature was due to people sharing it as a warning against bigotry and ignorance. (The screed in question was removed from Facebook after a few days because it was clearly hate speech.)

Sadly, “The Druid Circle” page has a lot of likes, 60,000 or so, making it one of the largest Druid pages on Facebook (it has more “likes” than Patheos Pagan, though we have more reach, probably because we are pretty nice). After seeing the post in question I checked out “The Druid Circle” page and was not surprised that nearly 300 of my friends “liked” it. A “like” is not really an endorsement of anything, and I’m guessing the page has a lot of likes because people think to themselves “Cool, Druids!.” I can’t imagine anyone I know liking a page and thinking “Cool, Bigots!”

So what was so wrong this post that people felt the need to warn others about it? In many ways most of it just boilerplate “I’m a straight white guy and I’m being oppressed” idiocy written in a way that’s meant to imply that the author is not only intelligent, but some sort of great cosmic leader.* Lines such as “We rid ourselves of radical liberalism of whose thoughts are destructive” is just not as cool sounding as its author thinks it is. I’ll give him credit though, “ethereal communism” is hilariously funny, mostly because it’s such a desperate attempt to sound articulate (without actually being so).

I’ve always been cognizant that Modern Paganism is not simply a liberal ideology, though most of us tend to swing that way. But generally the conservatives who are a part of our greater community are not assholes and welcome dialogue. The Druid Circle page looks at dissent from its positions as “unbalanced chaos” (which is hilarious because one-way thinking is certainly not balanced), and threatens people with banning for “liberal ideology.” Humorously that ban applies to all of the “communities” that are a part of “The Druid Circle,” a collection of communities that most likely only involves one couch in a basement.

Like the Paganisms of old, our Paganism is ideally a place for free thinking and a variety of ideas. It’s a place that accepts others for who they are, and wants those individuals to be true to themselves and their will. Our Paganism accepts and understands science, and has no place for people who want to place themselves at the top of the food chain. “The Druid Circle” stands against everything Modern Paganism strives to be.

The “truths” spouted by “The Druid Circle” are neither truths, or even informed opinions, they are bigoted nonsense. The assertion that “There are only two genders” is simply not supported by science, and there’s absolutely nothing to the idea that “White people are being witch trialed.” Witch trails resulted in people being executed for simply existing, I don’t see anyone rounding up individuals or shooting people simply because they are white. (The latter still happens in communities of color, but realizing that is beyond the powers of “The Druid Circle.”) Not surprisingly the author includes the line “All lives matter” which is akin to sounding a loud bullhorn that says “I’m a racist.”

(No one has ever argued against the idea that “all lives matter.” Movements such as “Black Lives Matter” is to remind people that BLACK LIVES DO MATTER.)

Homophobia tends to run rampant in right-wing screeds, and “The Druid Circle” does not disappoint there, helpfully pointing out that “Straight people are not the problem,” while history completely suggests otherwise. I don’t think people in the LGBTQIA+ Community were intentionally passing laws to marginalize themselves (at best), that kind of stuff came from straight people. Even in this great community that I love we were slow to embrace LGBTQIA+ folks, and while we’ve improved greatly, most of that improvement has only really occurred over the last 30 years (and in many cases, much less than that). 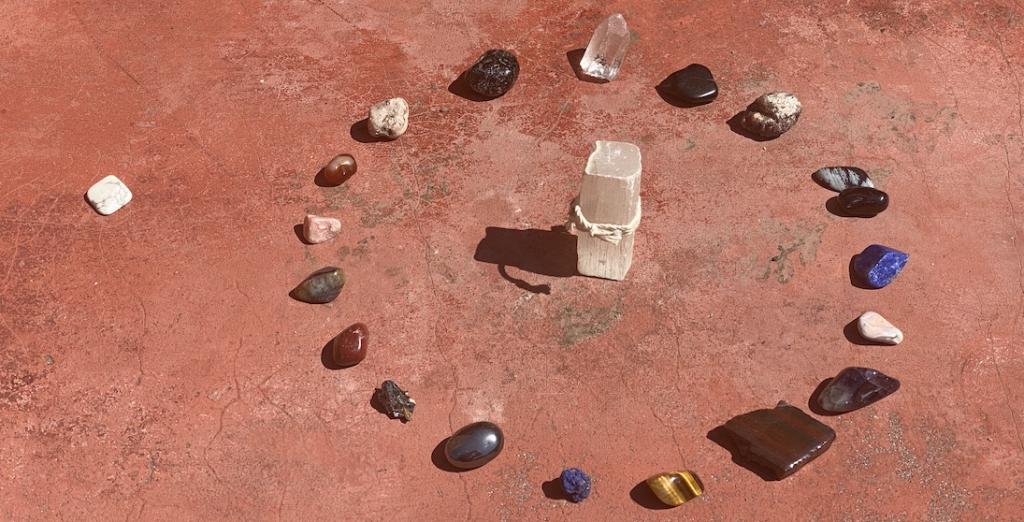 I assume the author is making an anti-abortion comment with “Killing a child is unacceptable,” and certainly we tend to agree that killing children (or locking them up in cages) is unacceptable. However, zygotes are not children. Sounding much more like an poorly informed militia member than a Pagan, the author at “The Druid Circle” also reminds his readers that “Atheism is an excuse for hopelessness” which must come as quite the shock to my atheist friends. I don’t know of any other Druids in the Pagan Community who get their talking points from the Westboro Baptist Church.

You may have noticed that I’ve continually put quotes around “The Druid Circle” because this group is clearly not made up of any Druids I know. Modern Druidry isn’t always perfect, but the values espoused by “The Druid Circle” are in no way representative of Modern Druidry. Some of the finest Pagans I know are Druids, and the founders of Pagan Druidry were generally kind and tolerant folks, they certainly weren’t fans of hate speech. And “circles” are places where everyone is generally treated equally, they have no real beginnings or endings, that’s what makes them magickal. You can’t have a circle if you refuse to recognize all of the people who create it.

Like most small, angry, white people, “The Druid Circle” cites “traditional values,” as a legitimate reason for being an asshole. And in the grand tradition of hate-groups masquerading as Pagans adds the phrase “the old ways” for good measure. If you are going to identify as a Pagan and reference the Pagan past, it’s probably in your best interest to understand that past. Pagan societies were full of various gender identities, as were the deities of those societies.

*It amuses me greatly that the page’s owner has taken to quoting himself on memes in a desperate bid at relevance. Please, don’t ever quote yourself, it’s never a good look. 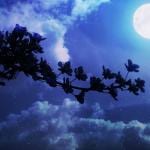 April 20, 2020
A Solitary Beltane Rite: The Magick of Joining
Next Post 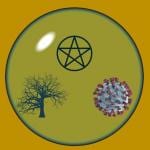 May 13, 2020 Through the Looking Glass: The Pagan Community After Covid-19
Recent Comments
0 | Leave a Comment
Browse Our Archives
Related posts from Raise the Horns