I remember how sure of things I was back in my 20’s. Witchcraft was a certain way, and anyone who stepped out of that orthodoxy was doing it wrong. I had a direct connection to Pan and was in a place to correct others when they were wrong about the Goat-Foot-God. The history of Modern Witchcraft was obvious if people would only open their eyes and see . . . . I of course was wrong about every one of those things, and as I get older I feel more and more like a Know-Nothing Witch.

There are several different types of Know-Nothing-Witches. There are some who are new to the Craft and truly know very little. “What books should I read?” “Will this spell from TikTok work?” We’ve all met that person, and we’ve all probably been that person. I have unending patience for these types of Know-Nothings because they so desperately want to get to a higher place. Their energy is also infectious. I love people just discovering the Craft, I love their excitement and I’m jealous because I desperately want to return to a Witchcraft without cynicism and personality conflicts.

When I was in my 20’s I was the worst type of Know-Nothing-Witch, a Witch who really did know very little and yet was convinced of the opposite. We’ve all seen this type of Witch, they love to get in arguments and lord their superiority over people (even though that superiority doesn’t exist). This is always, inevitably, the person who thinks they alone have the power to convert Christians to Paganism (Disclaimer: I was never quite this bad). It’s also the type of Witch who is dismissive of just about everything, because they alone know better. This sort of Know-Nothing-Witch has just enough knowledge to be dangerous, and not enough sense to leave certain things alone.

Some people never progress these first two stages of Know-Nothing-Witchery. There are some who are perfectly content to know very little. Perhaps Witchcraft to them is more about the trappings of the Craft and the community than any personal reflection or growth. Nothing wrong with that, we take what we need individually from the Craft, and we all don’t have to become High Muckity-Muck or run a group or get to a point where we no longer have to look up herb correspondences.

Those who stay at the second level of Know-Nothingness are probably the most infuriating. I see some of those folks and I think to myself “it’s right there in front of you! Reach out and grab it!” But their own egos get in the way. The Craft has the power to make us better people (I truly believe this!), but that power has to be embraced, and one must be open to it. The challenge is that to embrace this next level requires a certain amount of humbleness, and the self-awareness to know that deep down we are all Know-Nothing-Witches.

I’ve been studying the Horned God of Witchcraft for twenty years now, and when I sat down to write a book about that subject last year I couldn’t help but realize that I didn’t know nearly as much as I thought I did. I had my experiences with Old Horny to draw upon and knowledge from the books I’ve read over the years, but those things were only a very small part of the story. To tell you the truth, the more I wrote for that book, the dumber I felt. Eventually I sort of realized that all I could do was share what little I know and leave the rest open for personal interpretation; after all what matters most is how we experience things, not how someone else tells you to experience them.

When I was initiated into Gardnerian Wicca back in 2010 (Good gods! It’s been over ten years!) I thought I was being handed the keys to the kingdom. Those keys didn’t open up a treasure chest full of answers, they simply opened more doors that led to more questions. When I initiate or elevate someone today I find that I learn just as much (if not more) than the person going through the experience. A good Know-Nothing-Witch is one that realizes there are always things to discover, always new things to do, and that Witchcraft will always be a journey and not a destination.

There’s something refreshing about realizing you’ll never have all the answers and never know as much as you might wish. It’s the sort of perspective that keeps things interesting and constantly moving forward. It’s a feeling that makes my worship of the gods ever more urgent, and makes my magick stronger because that magick demands continuing investigation. Curiosity might kill the cat, but I think it makes the Witch. 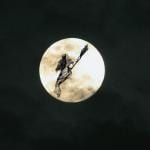