I came of age as a Witch in the 1990’s, embracing the Craft in 1994. My early days as a Witch were spent in relative isolation, but I was a voracious reader of both books and magazines. (Magazines!?!? I know, they feel like something from 50 years ago.) Many of the books I read during those years taught me a lot about “what to do.” There wasn’t as much practical advice in most of the magazines I was reading, but they did something else, they connected me to the idea of a greater community. There WERE other Pagans and Witches out there, magazines were proof fo that even if I didn’t really know anyone who contributed to them. 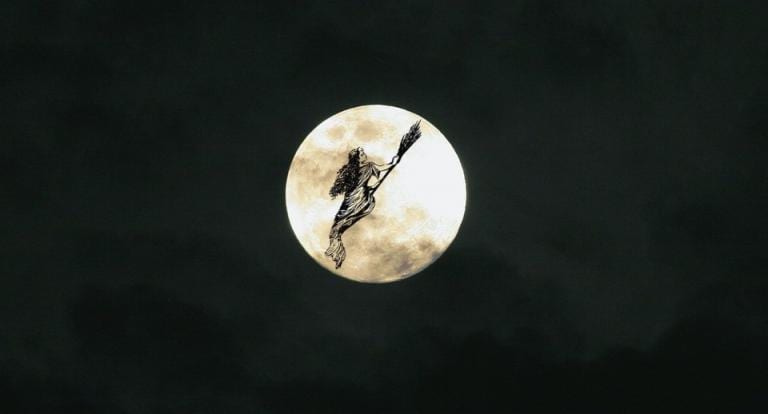 The magazine articles of that era were a lot like blog posts (and later Youtube videos, and even later TikToks). Magazines were a bit more timely than books, and the letter columns featured a pretty consistent cast of characters constantly yelling at each other. (Just like blogs!) By the end of 1996 letter columns were beginning to run pieces concerned about the influence of the movie The Craft. Twenty-five years later people still have all sorts of opinions about The Craft, ranging from “it changed my life!” to “utter travesty!”

Of course the loudest voices tended to be “utter travesty!” and I can still hear the grousing and complaints about the movie all these years later. Part of that is because they sound an awful lot like some of the things I hear today.

“The Craft is going to ruin Witchcraft!”

“These dumb kids are going to start cursing everyone they meet!”

“Manon is going to become the next Cthulhu.”

“None of these kids are going to know anything about the real Craft after seeing this movie.”

The Craft probably did bring a lot of people to Modern Witchcraft, but it didn’t ruin anything nor did young Witches start pledging themselves to Manon while hurling dozens of curses at family and friends, at least longterm. I’m sure some people took The Craft way too seriously and did some dumb shit, but I’m guessing they grew out of it, just like most of grow out of such things. In other words, The Craft served as an entryway into Paganism, and people took from it what worked for them and then discarded the rest. Most of those influenced by the movie probably drifted away from Witchcraft, but those who stayed read additional materials, studied with groups, and all the rest. They came out fine.

No matter the time or place, there will always be some young and/or new Witches who do some dumb stuff. Maybe someone will think they should hex the moon or hex the fae and it becomes a big thing. Maybe someone conjures up Manon or decides it will be fun to insult the Morrigan. Such decisions are not an indictment of Pagan/Witch resources or a sign that the next generation will ruin the Craft. People do silly things, it happens, it doesn’t mean the sky is falling or the bottom is falling out of the cauldron.

When it comes to new Witches there are a lot of people whose maternalistic instincts kick in. “Are we providing them with enough resources?” “How can we meet the needs of these new Witches?” “How do we teach the young Witches?” (The answers to those questions are: yes, be available if contacted, maybe we don’t?) There are more resources than ever for starting-out Witches, and some very real infrastructure. No one needs to be told that they are doing something wrong and no one needs their hand held.

Twenty-five years ago there were much fewer resources for young and starting Witches than there are today. Magazines existed but they required either a Witch/Metaphysical shop in town, a cool record store, or a big-box bookseller like Barnes and Noble to be near by. You also had to figure out where such places were, and then look in the right spot when you were there to find what you were looking for. Books most certainly existed, but again, you needed the right circumstances to find them in abundance. The internet was slowly becoming a thing, but then, like now, the material on it ranged from great to awful. Despite these difficulties, the Witches of that generation turned out just fine.

(Most of my early Witch books came from a B. Dalton bookseller, which was a small bookstore chain located in malls. Their entire “New Age/Metaphysical” section-which included Witchcraft and Paganism-had all of twenty books. It’s why I own books like How to Heal with Color even though I’m color-blind, I bought EVERYTHING they had.)

That’s the thing, every generation has people in it who have done some dumb stuff, and the Witches of every generation over the last eighty years has turned out OK. Are the silly people sometimes louder than everyone else? Yes, but they were fifty years ago too. Do we notice dumb stuff more today than we did forty years ago? Absolutely, we are connected like never before, but there are also (perhaps) millions of self-identifying Witches in the world today, that’s a huge change. It also means that we can be found on large platforms like Instagram and TikTok and people in those places will promote ideas we find ridiculousness or abhorrent.

But again, there were bad books in the 1970’s and people turned out OK. The most available Witchcraft books in the 70’s and 80’s were cheap paperbacks written by non-Witches. The material in many of those books was bad, but those who stuck with the Craft found their way to better books and often people and grew from there. That’s what’s going to happen this time around too, because it’s what always happens.

Online reaction to young Witches tends to vacillate between complete snobbery and overwhelming paternalism. I find both extremes an over-reaction, even when the impulses come from a place of genuine care and concern. Young Witches are going to do what they want to do, and who are we to judge? Young Witches looking for direction will find it. The information is out there, it’s not being hidden away, it just has to be wanted, and sometimes it’s not. People learn by doing, and doing often means mistakes. I fell off my bike several times before I learned to ride it, broomsticks aren’t much different.

I’m not throwing up my hands and walking away from younger Witches, just the opposite. I’m hear and I’m listening, and if no one calls my name I’m going to assume it’s because someone figured out things on their own. 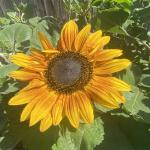 July 30, 2020 Why No One Loves Lammas (& Lughnasadh)
Recent Comments
0 | Leave a Comment
"I know a fellow student of Castañeda who is Yaquí. Such things today in Mexico ..."
Barros Serrano America’s Most Important Occultist(s)
"Anything and everything by Marian Green deserves reprinting. The Grail Seeker's Companion (written with John ..."
Gordon Cooper Rewriting Witchcraft & Overlooked Authors
"I would have to put Margot Adler on this list. Without DDTM, I doubt that ..."
Gordon Cooper America’s Most Important Occultist(s)
"Castaneda didn't have a Yaqui informant. There is no Yaqui at all in Castaneda. No ..."
Gordon Cooper America’s Most Important Occultist(s)
Browse Our Archives
get the latest updates from
Raise the Horns
and the Patheos
Pagan
Channel
POPULAR AT PATHEOS Pagan
1