What If?: Alternative Histories of Witchcraft & Paganism

The alternative history genre is alive and well as I write this, with several television shows, comic books, and movies diving into such waters over the last ten years. I thought it might be fun to take a look at some Witchcraft & Paganism’s pivotal moments and wonder what if? This exercise is all in fun, and if you find yourself offended or outraged by anything you are putting way too much energy into this!

Most occultists are familiar with Jack Parsons (1914-1952), rocket scientist, magician and OTO member. What many of them don’t know is that before Parsons’s untimely death from a laboratory explosion in 1952 he was putting together a mail order course to promote a new religion, one he called Witchcraft!

Parson’s Witchcraft would have been wildly different from what Gerald Gardner (1884-1964) shared with the world in 1951, though the influence of Aleister Crowley would have been a part of both Witchcrafts. In addition to Crowley’s flavor of ceremonial magick, Parsons’s planned to add his own Babalon Prophecy to the Witchcraft Practice, along with elements of the short-story Darker Than You Think.

In addition to providing Parsons’s with a magickal vehicle, his Witchcraft would have elevated the influence of the bewitching Marjorie Cameron (1922-1995). Parsons’s referred to Cameron as “his witch” long before devising his mail order class, and Cameron had the presence and temperament to be an equal to Parsons had he been able to share his version of Witchcraft with the world.

In 1954 Gerald Gardner released Witchcraft Today kick-starting the modern Witchcraft and Pagan movements. Gardner’s book wasn’t the first book to document an alleged Witch-cult in the Modern World, Charles Leland had done something similar with Aradia: Or the Gospel of the Witches in 1899. But Gardner was the first self-identified Witch to talk about his practice of Witchcraft in public starting in 1951. Witchcraft and Paganism would probably still exist today without Gardner’s involvement, but they’d look very different.

I often wonder what would have happened had Gardner’s friend Ross Nicholas (1902-1975) released Druidry Today in 1954. Nichols version of the book could have been a lot like Gardner’s, mostly substituting “Druid” and “Druidry” for “Witch” and “Witchcraft” in the text. He too could have used the Murray Thesis to claim a more ancient lineage, and Nichols would have been familiar with the sabbats written about by Gardner as well. Nicholas was a fraternal Druid in the 1950’s (a member of the Ancient Druid Order, which was more like the Freemasons than a Pagan organization) before starting his own Order of Bards, Druids, and Ovates in 1964.

I can imagine it now, hashtags of #DruidMagick and #Druidry populating Instagram . . . . Individuals stepping forward in the 1960’s claiming secret Druid practices kept secret for hundreds of years . . . George Pickingill as the Grand Magister of a Grove instead of a coven!

The emergence of Druidry as the dominant magickal path in the United Kingdom and Parsons’s Witchcraft in the United States might have resulted in two very different magickal ecospheres. Perhaps Rosaleen Norton’s (1917-1979) version of Witchcraft would have become the dominant form of Witchcraft in Australia and parts beyond as a result of these competing philosophies/identities? As for Canada, I wonder where you would have ended up?

Llewellyn was founded in 1901 and primarily released books on Astrology until it was purchased by Carl Weschcke (1930-2015) in 1961. After purchasing Llewellyn, Wescheke moved the company from Los Angeles to Minnesotta and slowly began diversifying the company’s offerings. By the early 1970’s the biggest change to the company was the publication of books on magick and Witchcraft by actual practitioners. Publishing Lady Sheba’s Book of Shadows (by Lady Sheba 1920-2002) forever changed the Witchcraft world, being the first somewhat complete Book of Shadows ever in print! The secrets of Witches could now be had for the price of a paperback book!

But what if Weschcke hadn’t bought Llewellyn? It’s true that there were other occult publishers in the 1960’s and 1970’s, the most notable being our friends over at Samuel Weiser. Samuel Weiser also released one of the earliest Witchcraft books by an actual Witch, Raymond Buckland’s (1934-2017) The Tree, but Weiser never seemed as interested in Witchcraft books as Llewellyn. By 1989 for example Llewellyn had published nearly all the classic Scott Cunningham (1956-1993) titles that populate so many of our bookshelves.

Weschcke was also a big booster of Witchcraft, sponsoring some of the first Witch/Metaphysical conferences in the United States in the early 1970’s. With the exception of the Spiral Dance, most of the “must have” 101 books throughout the 90’s and early 00’s were published by Llewellyn. It’s true that not everything published by Llewellyn was great back in the 1990’s, but what publishing house can claim that everything they’ve published is all that and a bag of chips? (The answer is zero.)

Weschcke made Witchcraft books into more than just mass-market paperbacks on a grocery aisle spinner. He helped create a genre of book, and if he hadn’t bought Llewellyn sixty years ago it’s unlikely I’d be writing this and you’d be reading it.

We take for granted just how easy it is to communicate in the magicakal community today, but that was not the case when The Green Egg began publishing in 1968. I’m using the word “publishing” here, but you probably wouldn’t have really recognized The Green Egg as a magazine in the late 1960’s. In fact, it’s first “issues” were only one page long! Over time that one page became an actual magazine, and ended up capturing the Pagan zeitgeist of the early 1970’s until it ceased publication (for the first time) in 1976.

What makes The Green Egg so influential is that it brought together the many different corners of what we now call the Pagan Community. The term “pagan” to describe religious practices outside of monotheistic religion has a long tradition, but Green Egg publisher Oberon Zell was one of the first people to see similarities between Druids, Witches, Ceremonial Magicians, and his own Church of All Worlds. He used “pagan” to describe these (somewhat) disparate groups, and we still use the term today (to some degree). 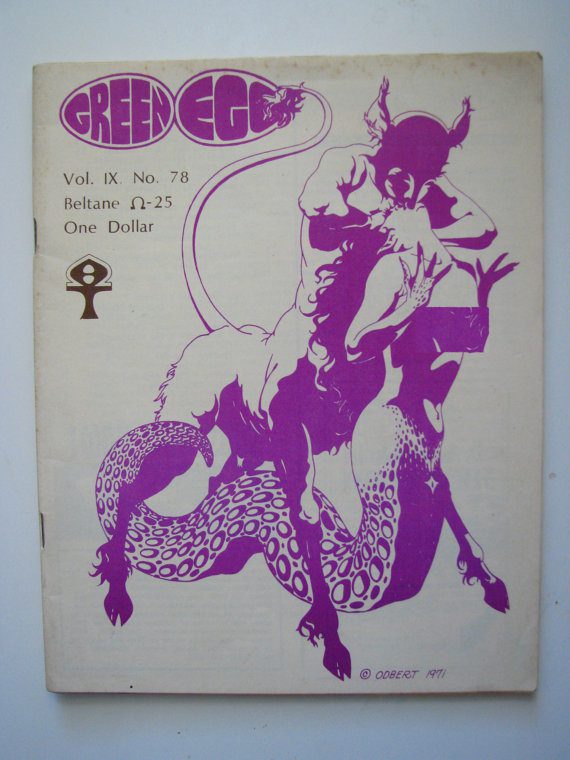 It’s true that The Green Egg lead to a lot of bickering in the letters column, but it pales in comparison to what we see today. Besides, the most important thing it did was allow an easier exchange of ideas, uniting America’s magickal spaces in one forum. Before The Green Egg and similar ‘zines it just wasn’t possible to learn much about the goings on in New York City if you lived in San Francisco. The Green Egg made the magickal world a little bit smaller, and a lot more immediate.

Without The Green Egg it’s possible that the United States would have become a series of Witch-fiefdoms with certain traditions being the only game in town in many places. Variety isn’t just the spice of life, it’s vital for a vibrant and growing Pagan Community.

It’s likely that absolutely nothing changes, but I think my book is pretty good, and most reviewers agree! 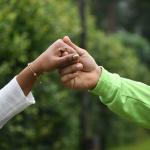 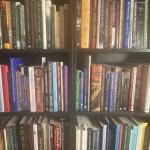 July 6, 2021 Why We Need to #DefendOccultBooks
Recent Comments
0 | Leave a Comment
Browse Our Archives
Related posts from Raise the Horns