Can We Lose Deities? Fuzzy Polytheism, and Wicca on Mars

Do you feel that Apollo overtook Taranis in ‘sun god myth’ ? How did we lose Taranis?

As long as people are talking about a particular deity and that deity’s stories and myths survive, I’m not sure that it’s possible to “lose” a god. But the Greek gods have always been more prominent in the popular imagination than Celtic ones. I realize that Celtic deities are absurdly popular in Pagan spaces, but I don’t remember ever reading about Celtic deities in elementary school. I could tell you the names of all the Olympians in the second grade. Greek mythology is a foundational piece of the Western World.

Apollo has lots of other things going for him too. In addition to being a Greek god he was a Roman one as well, and didn’t undergo a name change when he entered the Roman pantheon. (Apollo was always just Apollo.) And the influence of the Roman Empire was huge, and lasted for centuries after the Empire collapsed. Because Apollo was so linked to the sun by the Romans, he was also name-checked in astrology and magickal texts.

No one was lost, but we shouldn’t be surprised by how prevalent Apollo is modern Paganism. Speaking of lost gods, poor Helios! He was the Greek god of the sun forever, and then Apollo slowly absorbed his attributes over time. The Colossus at Rhodes was a statue of Helios!

Denise D. has another question about Celtic deities:

I’m interested in Gaulish Celtic gods and goddesses. Cathubodia/Cathubodva I’ve read is a a Gaulish version of the Morrigan. But then another source says a Gaulish Badb. What do you think?

I’m not an expert on Celtic mythology, or even very proficient in the ins and outs of it, so I’m probably the wrong person to ask. However, as a soft polytheist, (if you are a hard polytheist stop reading now, unless you like being angry), I have to assume that deities are more complex than we are as entities, and perhaps blend together here and there? In other words, if you think that Cathubodia is related to Badb and the Morrigan that might very well possibly be.

If we end up really wrong about the nature of a deity, or the connections amongst deities, it seems likely that deity/deities will let us know. In other words, whatever connections you see between those deities is probably fine, unless of course 500 crows decide to start living in your front yard. In that case you might need to re-evaluate.

How people approached deities in the Ancient World was more complex than we are often led to believe. Deities merged together in some places, and kept distinct cults in other spots. This applies to major deities too, Artemis and Hekate are a good example of this, in many places Artemis completely displaced Hekate and took her attributes. And yet at the same time the group of Orphics that left us the Orphic hymns gave Hekate an exalted seat in their rites. The Greek Gods are on my mind a lately because I wrote a book about the Greek Gods with Astrea Taylor, which leads me to Maria Shell asking:

What can you tell me about the new book on the Greek Gods that you collaborated on with Astrea Taylor?

It’s weird to be talking about my next next book already (my next book is The Witch’s Book of Spellcraft written with coven-mates Matt Cavalli, Amanda Lynn, and my lovely wife Ari) but I don’t mind chatting about it. So that Greek Gods book with Astrea Taylor . . . . the title of our little project is Modern Witchcraft with the Greek Gods: History, Insights, and Magickal Practice. Each of the Olympians, along with several other major deities, get their own chapter, complete with a history from the ancient world into the present, plus insights with modern day worshippers, and then finally rituals and other magickal activities to work directly with the gods. Like most Jason (and Astrea too!) books, it’s pretty long! The book should be out the first week of December, so less than a year away!

Ok hear me out because I have lots to say on this, but… Wicca on Mars! It’s looking more and more like we will have humans living on Mars in the not to distant future. If one of them was Wiccan – or some other flavour of Pagan – how would that work? Could an earth-based, nature religion work off planet? What would have to change/stay the same?

That’s an interesting question . . . . So the sabbats are observances of where we on Earth as we journey around the sun, but they are also cultural depositories of lore and traditions. Take Imbolc for example. For me it’s about the power of the growing light and sun in the sky, and represents either the coming of Spring, the height of Winter, or the the apex of the rainy season, and it’s also about renewing my spiritual/ritual space, cleaning my altars, and honoring the goddess Brigid. So there’s a lot in that sabbat, most of it probably not related to the turn of the seasons.

I have to assume that no matter the sabbat, most people would want to keep those cultural traditions, and they would would want their sabbat celebrations to match up with their peers on Earth are doing. A Martian year is 687 Earth days long, 43 days less than two Earth years. Coincidently, 43 days is pretty close to the amount of time between sabats on Earth (46 days give or take a little bit). Using this information as a starting point, I imagine a Martian Wheel of the Year would consist of 15 sabbats, each about 46 days a part (this doesn’t haven’t to be exact either).

Somewhere among those fifteen sabbats you’d want to make sure you honored the Martian equinoxes and solstices (that’s four sabbats), and then you’d want to celebrate the sabbats most people REALLY like and have cultural equivalents with most of the people around you, meaning two Yules, two Samhains, two Beltanes, two Imbolcs, maybe something called Ostara not connected to the Spring Equinox, and perhaps another harvest celebration in there, and a day to honor the spirits/primordial forces of Mars. (Wow, my math is good, that gets us to 15 sabbats!)

I assume you’d have to fiddle with this sabbat calendar every two years to get things to match up in a way that makes sense, but I bet people would figure it out too. One more thought though, even though it can reach seventy degrees Fahrenheit on some parts of Mars in the Summer, the air isn’t breathable. In other words, most people living on Mars would be stuck in some sort of dome, where the weather would most likely be at some sort of constant temperature.

Judging from the movie The Martian, you could grow food on Mars, but the agricultural cycle wouldn’t be like Earth’s, and would probably be really variable. (In a controlled setting you could grow crops year round, and have several different growing seasons running concurrently.) The amount of sunlight would vary though, unless people were living underground (like on The Expanse) and then you’d probably have a huge disconnect from whatever is happening on the surface and the proper Martian environment.

This is a long answer to a question I’m not sure can be answered by someone as shallow as me.

In the greater community I think there’s too much focus on labels. Everyone wants to be a certain kind of Witch especially, why can’t we just be Witches? Why do I have to qualify the title with another word? 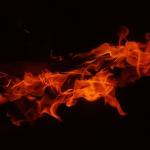 February 9, 2022 What Really Matters?
Recent Comments
0 | Leave a Comment
"Two years later... Please don't lump me in with your "people" who are sick of ..."
Laurie Dirty Witchcraft Secrets
"Now that we have established that, we can stop calling people who simply want to ..."
JenniWest Witchcraft Has No Gatekeepers
"If it looks like Witchcraft in some way and the person doing it identifies as ..."
RobertGW Witchcraft Has No Gatekeepers
"Witchcraft comes from one available power in the universe. The source of manifestation. And we ..."
JenniWest Witch, You Vex Me
Browse Our Archives
Related posts from Raise the Horns