What is up with Mark Driscoll?

Patheos Explore the world's faith through different perspectives on religion and spirituality! Patheos has the views of the prevalent religions and spiritualities of the world.
Mark Driscoll is a Christian superstar. He’s the head pastor of Mars Hill Church in Seattle, and started a church planting organization called the Acts 29 Network. He is in the news a lot because he writes books and says inflammatory things: He suggested that Ted Haggard’s wife was to blame for is affair with a male prostitute because she “let herself go.” He said it is a wife’s biblical duty to perform oral sex. He once posted a question on Facebook which read, “So what story do you have about the most effeminate anatomically male worship leader you’ve ever witnessed?” He speaks with disgust about what he calls, “guys in dresses preaching to grannies.” Which is a back-handed slap to pastors who wear vestments. He routinely preaches for an hour or more, often berating his congregation and men he deems as weenies. Here’s a link to a video of him screaming at certain men in his congregation, “How dare you! Who in the hell do you think you are!… God might even kill you to make an example of you.” That’s just a drop in the bucket.
What is wrong with this man? I can’t figure out why anyone would want to follow somebody who is such a bully to the people around him. From afar it seems too obvious that he has deep emotional scars which manifest themselves in anger and control issues. It also seems obvious that he’s allowed to continue in leadership, despite his emotional issues and immaturity, because he has a huge following.
Most recently there has been quite a flap over an interview he gave in the UK in support of his new book on sex. If you are interested in reading a really good article about it, David Fitch has written one here. Fitch makes three very interesting points about Driscoll. These issues seem to undermine Driscoll’s involvement in the mission of God.
1.) Driscoll’s singular obsession with penal substitutionary atonement
2.) his commitment to hierarchical male authority in the church
3.) his blind belief in the importance of preaching/successful preacher to the church’s identity.
Fitch goes on to expound upon each of those points. It’s well worth a read. If you want to know more about the flap in the UK – here are a few links (below). I’m praying for Mark Driscoll today – that he’ll reach his breaking point and stop pretending. That God will not allow him to continue hurting people around him; especially that the big blow up we’re all waiting for never happens.
The UK Interview
Driscoll’s Response to the Interview
A Refutation of Mark’s side of the story based on the raw footage
The Interviewers Response to Mark’s criticism
Rachel Held Evans Calls Driscoll Out
Rachel Held Evans on the Book Itself
Previous Post 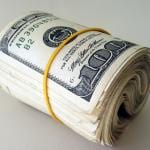 January 20, 2012
Fleecing the Flock: A Snapshot of America's Richest Pastors
Next Post