Bill Moyers Tees Off on “The United States of Inequality”

“If there was a class war… my class won.” – Warren Buffett

Bill Moyers’ video essay, “The United States of Inequality” is a pretty interesting take. I am becoming increasingly convinced that the biggest threat our society faces is not the debt, climate change, North Korea, Islamic fundamentalism, or global terrorism. It is the growing gap between the rich and the poor. It’s growing dramatically and is fast reaching the point at which it will destabilize American society. 100% of all civil wars are fought over these sorts of issues.

Moyers goes after the Obama administration’s pathetic leadership on this issue, as well as the GOP’s blind commitment to the rich. This is a plague on both their houses. While corporate profits are sailing and the stock market hit an all-time high, corporations are playing all of us. They are paying less in taxes than ever, and not adding jobs as they always promise to do; all for the sake of higher executive salaries, bonuses, and higher stock prices. Corporations are running the country now, they are rigging the game so that the rich get richer, the poor get poorer, and the middle class disappears and nobody seems to have the will to check corporate power.

We are living in a new Robber Baron age and our government seems to lack the ability or leadership to do anything about it. Moyers says, “A petty, narcissistic, pridefully ignorant politics has come to dominate and paralyze our government while millions of people keep falling through the gaping hole that has turned us into the United States of Inequality.”

Here are some of his stats.

April 22, 2013
Happy Earth Day! Or As we Evangelicals Like to Call it, Monday! (My Green Monday Morning Confessional)
Next Post

April 24, 2013 Logical Fallacy of the Day: The Straw-man
Recent Comments
5 Comments | Leave a Comment
Browse Our Archives
Follow Us! 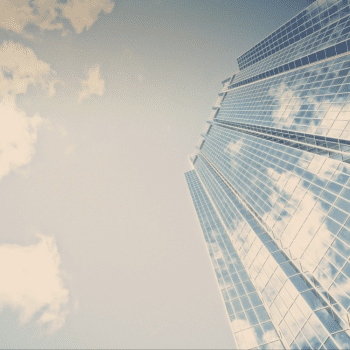 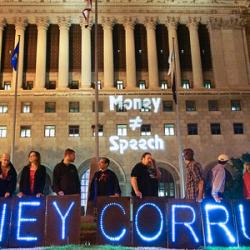 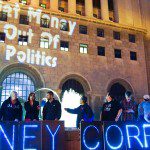