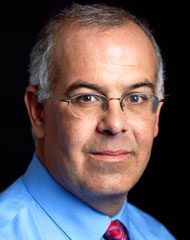 “For all of our well-trained bluster about “calling,” most pastors become pastors, at least in part, because we crave attention. If we cannot find a way to recognize that, tell the truth about it, and make that reality part of what we confess about our own lives, then we will slowly become pathetic, and will probably look an awful lot like Brooks’ Thought Leader.”

David Brooks is a conservative columnist for The New York Times. I like Brooks because he’s not a strident ideologue, and typically seems able to critique his own people, and himself. He’s reasonable, even moderate at times, so I read what he writes and listen to him on PBS.

Yesterday Brooks wrote an interesting editorial for his regular slot in The New York Times called “The Thought Leader.” After I read it, I slated the column for today’s blog post and didn’t think much more about it. When I started in this morning to prepare a post on Brooks’ column, I did a quick search because I wanted to know his age (he’s 52). Instead of his Wikipedia page, the first returns off Google were of fairly scathing reviews of yesterday’s column. Some of these reactions are brutal, if not a bit petty at times. (Apparently Brooks has a penchant for using capital letters – Thought Leader – which gets under the skin of his critics, of which there seem to be many).

Why so touchy? Could it be that Brooks hit a little too close to home? Magicians save their most strident hatred for the colleague who debunks the illusion. Maybe Brooks is in hot water because he’s being just a little too honest.

“The Thought Leader” is a tongue-in-cheek profile of a wannabe intellectual. The thought leader’s college application essay was “I Went to Panama to Teach the Natives About Math but They Ended Up Teaching Me About Life.” Then he “spends spring break unicycling across Thailand while reading to lepers.”

“The Thought Leader is sort of a highflying, good-doing yacht-to-yacht concept peddler. Each year, he gets to speak at the Clinton Global Initiative, where successful people gather to express compassion for those not invited. Month after month, he gets to be a discussion facilitator at think tank dinners where guests talk about what it’s like to live in poverty while the wait staff glides through the room thinking bitter thoughts. He doesn’t have students, but he does have clients. He doesn’t have dark nights of the soul, but his eyes blaze at the echo of the words “breakout session.””

Then Brooks traces the life-cycle of a thought leader: The over-earnest college student, prosaic, and unimaginative but attending the elite schools like Yale (where Brooks teaches), so you know he’s going straight to the top. The thought leader doesn’t seek great ideas, but rather attention. At 26 he is beset with “ambition anxiety,” and begins to snipe at those above him, while remaining oddly out of touch with those who live in real poverty… job at a think tank… book that says nothing new but positions him to speak at every conference on the subject.

Then there’s this paragraph where you just know Brooks is talking about himself.

“The tragedy of middle-aged fame is that the fullest glare of attention comes just when a person is most acutely aware of his own mediocrity. By his late 50s, the Thought Leader is a lion of his industry, but he is bruised by snarky comments from new versions of his formerly jerkish self. Of course, this is when he utters his cries for civility and good manners, which are really just pleas for mercy to spare his tender spots.”

When I read the article, in all honesty, it bothered me to think how much of this game I play. I felt like he was reading my mail a little bit. Not just me, but tons of my friends. I’m not part of the elite, to be sure. But there were several moments when I was reading this and thinking I hope I’m not like that, but I probably am sometimes. My honest reaction was that I was grateful that Brooks wrote this, and that I should take it as a cautionary tale.

Apparently I’m the only one.

It seems that only the Intelligencer reached out to Brooks for a comment. He responded, “I was just trying to be amusing about the life people like me lead… Nothing more.” Honesty… that’ll get you in trouble nearly every time. I’m not a media critic, but I think Brooks’ detractors might be missing the forest for the trees.

I’m an outsider here because I don’t play at anywhere near the same level as David Brooks. If I’m a thought leader at all, it’s with no capital letters. However, part of what I do in my life is write – blogs, articles, books, sermons – and I don’t write so that nobody will read me. I’m trying to influence the world here. Something within me compels me to spend thousands of hours researching, studying, thinking, conversing, writing, deleting, editing, hawking my work, telling my stories, and fending off my critics. It’s much harder that you might think to try and be honest about why.

Not only that, but Brooks’ insight about “condescending from below” felt like an important caution. The need to appear, “superior in sensibility to people who are superior to him in status,” is a common pitfall. I have to constantly ask myself if this is my game.

For all of our well-trained bluster about “calling,” most pastors become pastors, at least in part, because we crave attention. If we cannot find a way to recognize that, tell the truth about it, and make that reality part of what we confess about our own lives, then we will slowly become pathetic, and will probably look an awful lot like Brooks’ Thought Leader. The same can be said for most people who write anything from blogs to books to poetry to essays. If we are honest, we will admit that on some level, at different points during our lives, we have fallen into the same modes of thinking, being, and acting as the Thought Leader Brooks portrays.

I didn’t think it was a bad article; a little jaded maybe, but he’s still saying something important. I, for one, refuse to critique Brooks, because I think any attempt at self-critique and honest introspection is worth writing, and worth reading, especially because it takes a ton of courage to write in such a vulnerable way. It takes even more courage to publish it in The New York Times.

December 20, 2013 Jim Gaffigan Explains Our Holiday Traditions: A Little Friday Funny
Recent Comments
9 Comments | Leave a Comment
"If American Christians followed the example of Christ, I might consider stopping being an antichrist. ..."
Mark J Why Do American Christians Trust the ..."
"I would prefer the constitutional republic we started as and not the foolish democracy of ..."
Everett Kier Jr Binging Trump: Our Self-Destructive Addiction
"Am I supposed to take this seriously?"
Everett Kier Jr Binging Trump: Our Self-Destructive Addiction
"Exactly! The main purpose of gathering should be to learn about the Word of God ..."
Bob Shiloh Binging Trump: Our Self-Destructive Addiction
Browse Our Archives
get the latest from
Paperback Theology
Sign up for our newsletter
POPULAR AT PATHEOS Progressive Christian
1 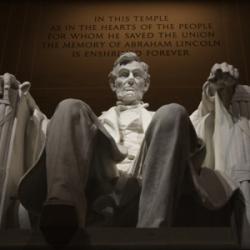 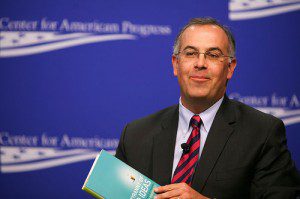 Progressive Christian
Being Pulled Through the Knothole: David Brooks on...
Paperback Theology 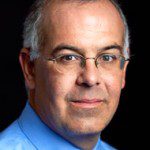