Finding Integrity on the Political Right

Finding Integrity on the Political Right May 11, 2018 Tim Suttle 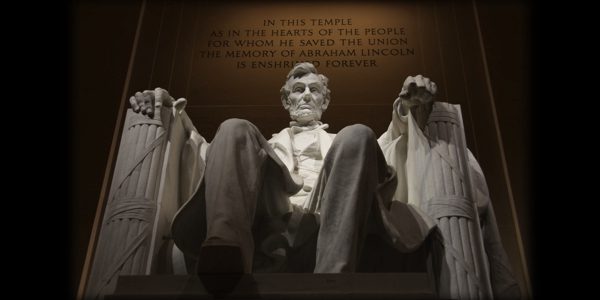 I was nineteen years old when I showed up to work for a summer at Kanakuk camp outside of Branson, MO. I had my dates wrong, and was a full day early. So one of my supervisors, Doug Goodwin, let me tag along with him on his 24 hour break. Before we left he was clearing off his desk and searching for an envelope containing $150 in petty cash. He needed the money to buy supplies for an upcoming camp event. I followed him as he looked in three or four places around the grounds where the envelope might’ve been, but we never found it.

When I asked if he needed to ask for more cash, he said, “No, I’ll pay it back. It was my responsibility, and my integrity is worth more than 150 dollars.”

My integrity is worth more than 150 dollars … that line has stuck with me for nearly thirty years. (Also Goodwin hasn’t aged in thirty years either, so there are crazy things happening on more than one level).

What is your integrity worth? Can you even put a price on integrity? How much is my integrity worth as a person, as a disciple, as a husband, father, or pastor?

The word integrity has an interesting semantic field that combines: 1) a kind of natural adherence to moral and ethical principles that flow from one’s intrinsic moral character, with 2) a sense of wholeness, completeness, an undiminished purity of being. Integrity is the word we use to describe people who seem to know what it means to be human, and they pursue that vision with great fidelity. They practice their own humanity faithfully in the world. That’s integrity… not that people can’t be flawed but they’re trying their best to hold this all together. A person’s integrity will ripple into their community and impact those around them, much like Doug Goodwin’s integrity all those years ago still impacts me.

Corruption is what we call it when someone surrenders their integrity–their sense of wholeness and moral character, their basic humanity–for the sake of money, sex, or power. Corruption is a dehumanizing force that renders people less than fully human. It is a failure to keep faith with the human family. Corruption matters because it damages not only the corrupt person, but also the community of which they are a part. It’s the powerful line from the poet: “If you are here unfaithfully with us, you’re causing terrible damage” (Rumi).

Too many of us have developed the bad habit of excusing those who run for high office from a test of integrity, as though a certain amount of corruption is just baked into the cake. All politicians are the same (corrupt) so let’s make sure our side wins, right?

Who convinced us that this is how things have to be? It’s been inspiring to watch John McCain and Jeff Flake, or conservatives like David Frum, Bill Kristol, Nicole Wallace, David Brooks, George Will, Mona Charen and newer voices like Evan McMullin and David French who have refused to sacrifice their integrity for the satisfaction of a victory. This group  might be the only ones, on the right or the left, who still have their 150 dollars.

Corruption matters, in terms of the office of the presidency itself and what it means to sit in that chair. We cannot accept corruption in the oval office because democracy is an idea, and the president is the primary custodian of that idea. The office of the presidency must be held by someone who buys into the idea of integrity as much as democracy. Presidents don’t have to be perfect–that’s why we have the separation of powers–but they have to display a sense of wholeness and moral character.

It’s time for all of us–Republican and Democrat alike–to admit that our country is being led by a corrupt man who surrounds himself with corrupt people. They are not faithfully among us, and they are doing great damage. It’s starting to feel like those who refuse to admit this are either willfully blind, or have lost sight of what really matters.

The presidency is not a means through which to enact our own political will. The presidency is a stewardship of our democracy, the preservation of an idea. The person who holds the office must demonstrate that they believe in the idea. They do so by living a life of integrity–wholeness and moral character–and by eschewing any hint of corruption. If the president cannot lead with integrity–which is to say, if the president is corrupt–then the president does not deserve to hold that office, and must not be allowed to continue.

How much is your integrity worth? I say, it is worth much more than the price of continuing to support this president, even if he enacts every single policy you believe in. 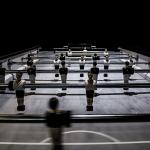 April 20, 2018
The Best Description of Puberty I've Ever Read: A Burning Desire for Home
Next Post

June 18, 2018 Monday Morning Confessional Returns
Recent Comments
0 | Leave a Comment
"Yes.1 Thessalonians Chapter 4 and 1 Thessalonians Chapter 5 show two events.Chapter 4The first event ..."
disqus_mrwby The End of Dispensationalism
"If American Christians followed the example of Christ, I might consider stopping being an antichrist. ..."
Mark J Why Do American Christians Trust the ..."
"I would prefer the constitutional republic we started as and not the foolish democracy of ..."
Everett Kier Jr Binging Trump: Our Self-Destructive Addiction
"Am I supposed to take this seriously?"
Everett Kier Jr Binging Trump: Our Self-Destructive Addiction
Browse Our Archives
get the latest from
Paperback Theology
Sign up for our newsletter
POPULAR AT PATHEOS Progressive Christian
1