I confess that I’m on week two of trying to take a Sabbath on Friday. It didn’t work very well last week, although I did work ahead enough to have an entire Saturday with my family, which was pretty big for me. The whole plan is contingent upon my ability to get sermon prep started on Monday morning. I confess that I’m pretty sure this will never happen as long as I continue to schedule things during that time. I confess that I agree with Brueggemann when he says that Sabbath keeping is an act of profound cultural resistance (at least it is in our society). It takes constant work and creativity to engage Sabbath as an intentional act of resistance, so I’m going to keep pursuing it.

I confess that I finally finished True Detective last week. I confess that by finishing a good 2 weeks after the season one finale, I successfully extended my streak of being just far enough behind the mainstream culture to miss out on all of the really good discussion.

I confess that the Suttle family has officially found a new dog. Her name is Hazel. She’s a King Charles Cavalier & she’s pretty cute. She’s still with her momma but will be joining us around Easter. 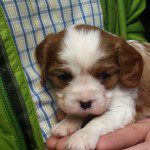 Back to the culture thing & Brueggemann. He points out that faithfulness always involves a mixture of resisting and transforming culture. Sometimes we are trying to resist the culture – such as when we refuse to stay busy 24/7 and instead engage in intentional rhythms of Sabbath keeping. Sometimes we engage in transformation of culture, like when we look for ways to create or engage with redemptive stories that are told in movies, television, music, and art. Brueggemann says that liberal Christianity has engaged really well in transforming culture, but hasn’t done too well with resistance. The net result is that they have been co-opted by culture. I think the conservative  churches have tried resistance, but not transformation. The net result has been things like CCM and Testamints. The secret is to learn how to do both at the same time (engagement and resistance). I also think the secret is to engage both in positive ways (embodiment v. protesting and sniping). It seems to me that the blogosphere is a rather inactive place in terms of transformation. It’s disembodied, and therefore is relatively poor at resistance. It seems more naturally bent toward engagement with culture.

I confess that I went to see N.T. Wright a couple times last week. It was fun to see him in person and to get to meet him. Perhaps my favorite part of all the lectures is his observation that it is easy for the church to be holy if they don’t care about unity, and it’s easy to be united if you don’t care about holiness. Caring about both and pursuing both at the same time is the trick. I confess that this sounds somewhat like the delicate balance between engagement and resistance.

I confess that this all reminds me of a discussion we’ve been having at Redemption Church during the season of Epiphany and Lent in regard to the tension between exclusivity and inclusivity. Extreme exclusivity is about controlling who is in and who is out. The problem with this is that it nearly always counts out a whole bunch of people God cares about. Extreme inclusivity is about avoiding all control or limits. The problem with this is that it leads to self-indulgence, and if it ever gets past self-indulgence, it leads to despair (nihilism). Jesus seems to think that if you want to chase the kingdom life, you need to learn how to hold these two together. Jesus made both kind of moves, often in the same moment (woman caught in adultery was not excluded, but immediately he tells her to “go and sin no more”). I think this balance is part of what a church has to struggle with constantly. I know that if I’m going to be excessive on one side or the other, I’d want it to be on the side of inclusivity.

I confess that the Royals lost in the 9th inning in their home opener… it feels like a bad omen.

Okay, that’s my confession for this Monday… your turn: 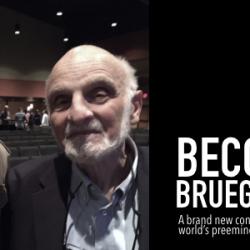