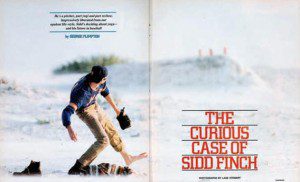 I have a problem with April Fools’ Day… several, actually.

First: apostrophe or no apostrophe? Isn’t it acceptable to write “April Fools Day,” sans apostrophe? And if we are to go with an apostrophe, where do you put it? “April Fool’s Day” or “April Fools’ Day”? I’m pretty sure it is the latter, which means there is no way to write it without looking like a stuffy grammatical elitist – which is clearly not what this day is about. And how would you pronounce it? “April Fools-es Day”? Even the day’s title is beset with incoherent tension.

Second: and this is my main objection; How can an empathic person derive any kind of enjoyment or satisfaction from causing and watching another person’s discomfort? The answer is: they can’t. Which means that April Fools’ Day is really just training in the lack of empathy – something at which are society already excels without the dedicated day. Seriously, why is it fun to cause a family member or coworker to look and feel silly and foolish? There’s a reason we call it “junior high humor.” It was only funny when we were all completely immature.

This is why I could never enjoy Jackass, or the radio talk show cold-call pranks… immaturity at its best; the effective capitalization of extended adolescence. This is also why I don’t enjoy watching Stephen Colbert’s interview segments, especially the taped ones. I cannot enjoy watching one person intentionally make a victim of another person. All I can think about is how much it sucks to be on the business end of a practical joke. It trips my internal justice meter, and then I’m struggling with my commitment to non-violence as I want to punch a prankster. And who needs that?

So, fair warning: it might be April Fools/Fool’s/Fools’ Day today, but if I’m around someone who is playing a practical joke I will purposefully ruin the joke before it ever happens. And if the joke’s on me? Well then, to quote the great Rod Tidwell, “I don’t wanna be friends no more.”

You know why? Empathy.

I also think that the elaborate news story hoaxes can be a rare April Fools’ Day exception. Everything from The Onion, fits the bill because everyone knows what they are reading is satire, and we read in private – so there’s no public humiliation (usually).

By that measure, in my opinion, the best April Fools’ Day prank of all times has to be the one engineered by George Plimpton in his 1985 Sports Illustrated article “The Curious Case of Sidd Finch.” Plimpton was asked to write an article on April Fools’ jokes in sports and couldn’t find anything noteworthy. So he decided to manufacture his own.

Plimpton’s feature article described a pitching prospect in the Mets organization. His name was Hayden Siddhartha Finch – “Sidd” for short. Sidd Finch was a 6-foot-4 phenom from Chicago, who grew up in an English orphanage, and was adopted by an archaeologist who later died in a mysterious Nepalese plan crash. Finch did a brief stint at Harvard but left school to study yoga in Tibet, where he became something of a zen master. His only possessions were a rug and a food bowl, and when he pitched he wore only one shoe – a ratty hiking boot. But he could throw a 168 mph fastball with pinpoint control. Despite his obvious talent and overwhelming advantage, Sidd Finch was currently deciding between professional baseball and the French horn.

Baseball was in turmoil about Sidd Finch, because he reportedly had not yet signed a contract. Finch was bizarre and aloof. He’d appear out of nowhere at the Mets’ training facility. Sometimes he’d pitch for 5 minutes, sometimes a half-hour. He was experiencing a moral-existential dilemma because baseball was based in greed, hatred, and deception – things Sidd had shunned. Nobody knew if he would actually sign a contract. Nobody knew if we would ever get to see him pitch.

I remember reading the article when it came in the mail. I couldn’t believe what I was reading, but I totally believed what I was reading. I wasn’t the only one. The Mets PR department was castigated for allowing Sports Illustrated to have an exclusive on Finch, instead of the New York media. Two general managers reportedly called the commissioner of baseball voicing concerns for hitters standing in the box against a pitcher with that kind of velocity. Reporters were dispatched to the Mets training camp to try and find the rookie pitcher. One radio host claimed to have seen Finch in action. And Mets fans? They went crazy.

The subtitle of the article read: “He’s a pitcher, part yogi and part recluse. Impressively liberated from our opulent life-style, Sidd’s deciding about yoga — and his future in baseball.” The first letters of each word spell out: “Happy April Fools Day – ah – fib.” (sans apostrophe, by the way).

It was genius, but then Plimpton was a genius.

Which brings me to my third objection. Good Pranks should not simply victimize gullible people. Good pranks should be a an elegant work of imaginative helping us understand who we are as people, and as a culture. A good prank is not a live-action burp and fart joke. A good prank is satire, we just don’t know it at first – we are “fooled.”

Plimpton’s article highlighted the American fascination with dominance and winning. Despite the obvious absurdity of Sidd Finch’s tale, we bought it. We believed it because we wanted it to be true. So we learned something about ourselves that day; something about our lust for winning, our quest for the silver bullet, and our appetite for world dominance.

So I will not wish you a happy April Fools/Fool’s/Fools’ Day, I will wish you a prank free April 1st.

April 2, 2014 This is the Only Statement I'm Making about the World Vision Debacle: Lent 4A; John 9:1-41 & The Man Born Blind
Recent Comments
2 Comments | Leave a Comment
Browse Our Archives
Related posts from Paperback Theology 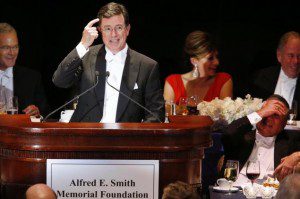