Did the Koch Brothers Just Pick a Candidate? 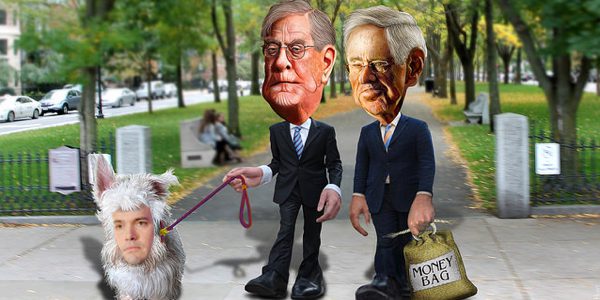 On the list of the richest people in America, Charles and David Koch stand tied for 5th, each sitting on top of a $41 billion fortune. If you counted them together their $82 billion would easily win them first place, besting Bill Gates by over $6 billion. Bill and Melinda Gates have pledged, and are in the process of giving away nearly all of their fortune to charity. The Koch brothers have pledged to spend $900 million electing the presidential candidate who can best protect the fossil fuel industry.

It’s hard to imagine the Koch’s spending nearly a billion dollars to elect Donald Trump president of the United States. (Although, if you are an aspiring screenwriter looking for inspiration, that scenario would make a phenomenal slapstick comedy.)

The Koch brothers have kept a low profile during the primary season, but a new hire by Marco Rubio might signal the end of their impartiality. Politico reported yesterday: “Marc Short, the Koch brothers’ top political adviser in Washington and a trusted member of their inner circle for five years, is making a surprise move to the Marco Rubio campaign as a senior adviser as the Republican establishment ramps up efforts to stop Donald Trump.”

As the president of Freedom Partners, the hub of the wheel for the Koch’s political empire, Marc Short may have the greatest donor list in all of politics, and even better data. Short will now be the Koch brothers’ man on the inside of Rubio’s campaign, which means Rubio now has access to the most money and one of the best data-mining operations in politics. The money is good, but the data might be even better. It’s a “sophisticated databank of voter information that has been augmented with personal information gathered by campaigns and commercial groups. The group has data on millions of American voters and its voter files have become one of the must-have tools for most Republican campaigns.” (Mother Jones)

You can bet that Donald Trump doesn’t have access to that spreadsheet.

Seemingly on cue, another story emerged yesterday on Politico that Ted Cruz’s top backers have asked him to stop going after Marco Rubio and go after Trump instead. The move could be a change in strategy for a candidate whose unfavorables climb every time he hits Rubio from the right. It could be a signal that the Republican establishment is currently marshaling every available resource to try and halt the Donald Trump vanity-project-slash-presidential-campaign that continues to pick up more and more delegates, and that the candidate they have anointed to do so is Marco Rubio. Cruz’s only utility to the Republican establishment at this point is to fire all his guns at Trump.

Marc Short is an amazing hire by the Rubio Campaign, and if other republicans pick up the signal we could see a massive shift of resources and attention away from Ted Cruz and toward Marco Rubio. I would not be at all surprised if Marco Rubio begins to pick up some serious steam nationwide. Cruz is all but done. There’s only room for one loose canon at a time atop the national stage, and Trump has confounded all experts, not to mention all good logic and decorum, by sucking all the oxygen from the “I’m mad as hell and I’m not going to take it anymore” room. Cruz is out. Rubio is in.

If we see a miracle run by Rubio and he unseats the Donald for the Republican nomination, then we should point to yesterday and the Marc Short hire as the turning point. We should also realize that the Koch Brothers may have finally reverse engineered the American political process with enough precision and power to anoint their own presidential candidates and ensure his or her success. 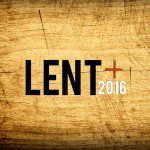 February 15, 2016
The First Full Week of Lent: The Aggravation of Self-Denial
Next Post

March 1, 2016 It's Never Too Late to Start Observing Lent
Recent Comments
6 Comments | Leave a Comment
"WRONG about entitle. It means give a title to. There are lots of words beginning ..."
Old_Mr_Boston Top 10 Grammatical Errors – errors ..."
"Yes.1 Thessalonians Chapter 4 and 1 Thessalonians Chapter 5 show two events.Chapter 4The first event ..."
disqus_mrwby The End of Dispensationalism
"If American Christians followed the example of Christ, I might consider stopping being an antichrist. ..."
Mark J Why Do American Christians Trust the ..."
"I would prefer the constitutional republic we started as and not the foolish democracy of ..."
Everett Kier Jr Binging Trump: Our Self-Destructive Addiction
Browse Our Archives
get the latest from
Paperback Theology
Sign up for our newsletter
POPULAR AT PATHEOS Progressive Christian
1