To Kneel Is Human, to Listen Is Divine 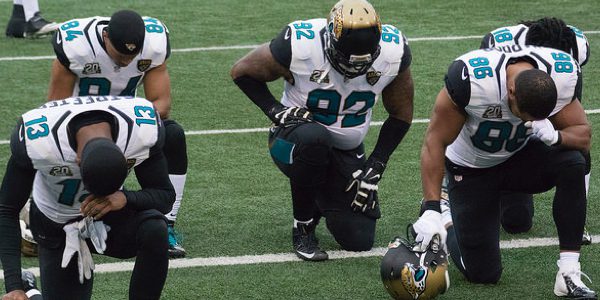 We are having a national argument about whether or not it’s okay for NFL players to kneel during the national anthem. With his remarks the president effectively opened a new front in the culture wars, calling the protesters son of a bitches, saying they ought to be fired. Owners and players responded with solidarity. Everyone else responded, well they responded how they responded …  and here we are.

I have a few thoughts.

What is patriotism really?

One side says kneeling during the national anthem is disrespectful to the flag, military, and police. Where’s your patriotism?

The other side says they do respect those things, but want to call attention to a pattern of injustice that affects black men in particular (70% of NFL players are black men), and that protest is a valid form of patriotism.

I think perhaps we have begun, in our society, to confuse the essence of patriotism with a sentimental warm-fuzzy moment about the flag and the military. Patriotism is the name we have for any act of love and fidelity for one’s country. To be a faithful citizen is to keep faith with each other, with the country.

Sometimes being a patriot involves some hard truth-telling. Black leaders have been attempting to gain a hearing for their grievances for many years:

They are expressing real concerns about racism in our society, but so many of us don’t want to hear it.

Protester: “I’m protesting because unarmed black men are being killed by police at an alarming rate.”

Defender: “Yeah, I know there are rogue officers, and they should be prosecuted, but this is not a systemic problem.”

Protester: “Then why, when black men make up only 6% of the U.S. population, do they account for 40% of the unarmed men shot to death by police.”

Defender: “The use of force against black Americans is largely proportional to their share of the violent crime rate. Stop committing crimes and you’ll stop getting shot.”

Protester: “So you are saying black men are just more violent than white men? Don’t you see that the entire system is designed to punish blackness? Sentencing guidelines punish black men more harshly. Racism is verifiable in nearly every sector of society.”

Defender: “You think everything is racist. If you don’t like your lot in life, then change it. Leave the inner cities and go make a new life for yourselves somewhere else.”

Protester: “It’s more complicated than that. I’m talking about a whole system of injustice that exists all over our society.”

That’s when Kaepernick decided to take a knee

Kaepernick didn’t take a knee to disrespect the flag or the police, or the military. He’s repeatedly expressed his desire to help America be all it can be. He was trying to raise awareness for injustice. It was a small act of protest meant to draw attention to the reality that African-Americans are being shot by police officers at an alarming rate. They are being profiled by law enforcement and labeled as dangerous thugs by society while the police rarely see prosecution in cases of pretty clear-cut wrongful death.

Forgive me… but if you are a white person you have no idea what that’s like.

If kneeling during the national anthem is what it takes for us all to pay a little more attention to the injustices that still impact millions of black men in our society, then by all means let them kneel, and let’s call that an important form of patriotism as well.

In those cases it is actually a dereliction of civic duty, a lack of patriotism, to keep your mouth shut and ignore the problem. It’s even more problematic to embrace sentimental patriotism, wrap yourself in the flag, and close your eyes and ears when others sound the alarm.

I’ve heard many people say that they are sympathetic to their cause, but wish the players would protest in some other way. They see their actions as disrespectful. I want to push back on this point of view. I thought our country was robust and strong? When did we become so sensitive that we can’t hear criticism, especially when we know that criticism nearly always makes us better?

What is my responsibility here?

If a guest in my house were to say, “I feel uncomfortable right now. I don’t feel welcome in your house,” I wouldn’t respond by saying, “Shut up and show me some friggin’ respect. You are lucky to even be here.” I would say, “Talk to me. What am I doing wrong? Let’s figure this out together.”

Kaepernick took a knee because we’re not listening. He took a knee to turn up the volume a little bit. What too many people are doing is saying, “Shut up and give us some friggin’ respect. You are lucky to even be here in this place.” We’re failing, in a sense, on the level of basic hospitality for the other.

If NFL players are still protesting it’s because we’re still not hearing them. We have not adequately responded to the problems of systemic and generational racism. Let’s not waste this opportunity to learn and grow because we’re too busy being defensive and sentimental and small.

We need to work harder at listening.

As a Christian, my first responsibility is to stop, close my mouth, and listen to the grievances of these players. That also happens to be my patriotic duty here as well. I would argue that patriotism does NOT involve getting defensive, calling the kneeling players traitors, appealing to a sentimental love of country, flag, military, police and so on. I think my responsibility is to offer these players a fair hearing. I think my job is to be quiet and try to listen and find a way to respond with love and compassion and a willingness to change. 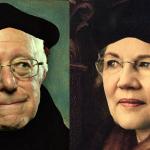 September 22, 2017
Economics as America's Sovereign Religion: Is it Time for a Reformation?
Next Post 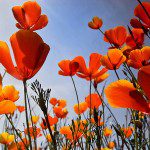 October 2, 2017 Let Us Prove by the Way We Love Each Other That the Light Is Winning Despite this Act of Madness
Recent Comments
2 Comments | Leave a Comment
Browse Our Archives
Related posts from Paperback Theology