How Does This All End? How Do We Come Back Together?

How Does This All End? How Do We Come Back Together? August 1, 2018 Tim Suttle 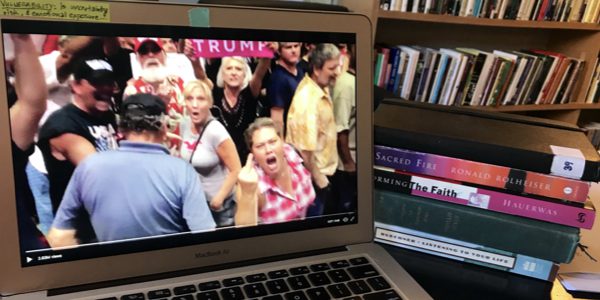 I have been wondering lately about how things are going to go down in our society. When I see how divided we are, how much hatred is passed between fellow human beings, it can be easy to despair. I wear the feeling like a weight on my chest.

Last night I saw this video clip taken by CNN reporter Jim Acosta at the Trump Rally in Florida. People filed by his position flipping him the bird, yelling, F-you! You suck! Tell the truth!

Just a sample of the sad scene we faced at the Trump rally in Tampa. I’m very worried that the hostility whipped up by Trump and some in conservative media will result in somebody getting hurt. We should not treat our fellow Americans this way. The press is not the enemy. pic.twitter.com/IhSRw5Ui3R

Love him or hate him, Jim Acosta is just a man trying to do an incredibly important job in our society. He’s right, the press is not the enemy. Nobody deserves to be treated that way.

This hateful display has been prompted by the president’s attacks on “fake news.” He calls the press “the enemy of the people.” Last week in Kansas City where I live, the sitting U.S. president borrowed a line from George Orwell’s 1984, saying: “Stick with us. Don’t believe the crap you see from these people, the fake news. … What you’re seeing and what you’re reading is not what’s happening.” Orwell’s line is pretty close: “The party told you to reject the evidence of your eyes and ears.”

We are so divided. How does this all end? How do we come back together?

I confess that I often get messages or emails from former friends or motivated strangers castigating me for my critiques of Donald Trump. I’ve been called a traitor, a vile idiot, a coward, a moron, a fake Christian, an embarrassment to the church and to God, a self-deceived fool, and not a few invectives that only have four letters. I don’t know how other writers deal with it, but I have never gotten used to other human beings spewing anger and vitriol in my direction. Fear of attack sometimes makes it hard for me to speak, which is, I suppose, the point.

I confess that I honestly do not understand how people of good will and strong character–especially Christians–can continue to support a man like Donald Trump. I don’t know of any ideology or political loyalty that is worth giving one’s fealty to a person so persistently cruel, so obviously devoid of goodness and light.

I’ve said it before, and I’ll say it again. America has a wisdom problem.  In the absence of genuine wisdom, the job of the leader is to provide that wisdom for the people, not to stoke and exploit their ignorance. We are going to continue to disintegrate as a society as long as our president is committed to chaos and division.

We cannot come back together by following this president. That’s not the direction he is going.

So how can somebody like you and I be part of the solution and not the problem?

I’ve been reading Ronald Rolheiser’s book Sacred Fire. Rolheiser does this great riff on the story of Jesus washing the disciples’ feet. The gist of his teaching is that there really is no other way to breach the deep ideological divides that make us enemies besides the compassionate embrace of one another–both sides equally and sincerely–and the physical real-world coming together in acts of brotherly and sisterly love.

“Whether we are Catholic or Protestant, Evangelical or Unitarian, Christian or Jew, Jew or Muslim, Christian or Muslim, prolife or prochoice, liberal or conservative, we all must find the compassion and empathy to be able to embrace in a way that expresses love and understanding even as that embrace does not say that differences are of no importance.

There is a time to stand up for what we believe in, a time to be prophetic, a time to draw a line in the sand, a time to point out differences and the consequences of that, and a time to stand in strong opposition to values and forces that threaten what we hold dear. But there is also a time to embrace across differences, to recognize that we can love and respect each other even when we do not hold the same values, when what is common eclipses our differences …

One of the signs of deeper maturity is precisely the capacity to radiate this kind of compassion, to mirror God’s nondiscriminating embrace … to see people who are different from us as full brothers and sisters, as equally important citizens of this world, and as loved and valued by God in the same way we are.” – Ronald Rolheiser, Sacred Fire.

As long as Donald Trump continues to whip his supporters up into a hate-filled frenzy attacking journalists and Democrats as though they are criminals, he is making our problems worse.

When I answer my critics back, I hope I always try to do the written version of what Rolheiser is describing. I reply with some version of: You and I see things very differently, and that’s okay. But I will never hate or despise you. Someday we are going to have to come back together as friends, and in the meantime, while we work things out as a society and try to find our way forward, you can count on me to be thinking good thoughts about you. I will contend for what I believe is right, and I will do my best to believe that you are sincere and contending for what you believe is right as well, so that when this is all over I can say I’ve been a faithful friend to you.

I confess that I may not always mean every word as I type them. I am often frustrated and angry when someone calls me a coward or a vile idiot. Nevertheless, I am always trying to mean it, wanting and hoping to give in to the better angels of my nature. I am always striving to live up to my highest ideals, and to embody the life of Jesus in my own life. I am always hoping to confess with integrity that I do not give my allegiance to any political party, but only to the church, to my baptismal identity, and to my brothers and sisters in this life. 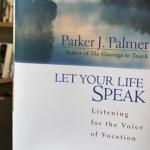 July 25, 2018
You'll Spend a Third of your Life Working: What if You Could Make It Better?
Next Post 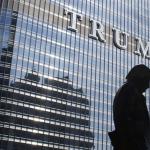 August 3, 2018 Why Corruption Matters
Recent Comments
0 | Leave a Comment
Browse Our Archives
get the latest from
Paperback Theology
Sign up for our newsletter
POPULAR AT PATHEOS Progressive Christian
1