Why is Critical Race Theory So Dangerous? 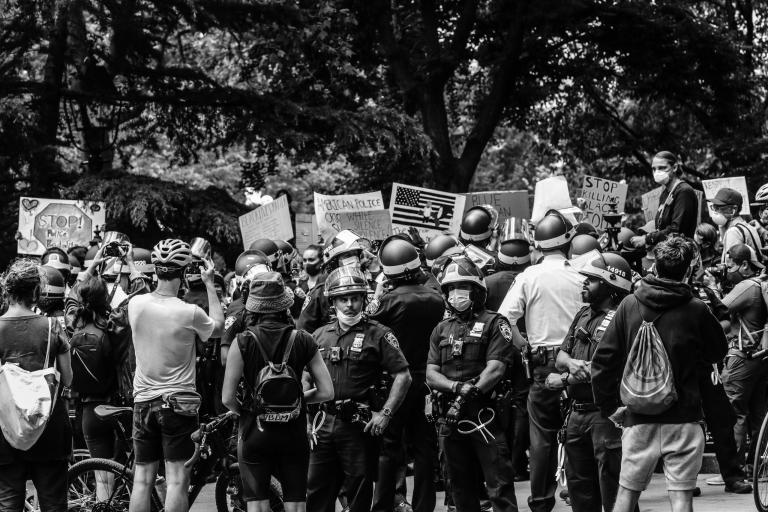 Critical Race Theory (CRT)—a theoretical approach to race which focuses on systemic forms of racism and their impact on minority communities—is viewed as a threat by many white Americans. The typical rationale offered by the throngs of newly converted CRT haters—it’s Marxist, it’s the liberal indoctrination of children, it’s revisionist history put forth by Americans who secretly hate America—is not their true objection. In fact, the one thing that all CRT-haters hold in common is this: they need the issue of racism to remain a question of individual attitudes and actions, and CRT challenges that view by exposing the ways in which racism is imbedded in systems of society.

Why is it so important (to much of white America) for racism to remain a question of individual attitudes and actions? Because to admit that racism has a systemic form removes an essential piece of white America’s mental hardware—the “I’m not personally racist” excuse.

The thought that CRT-haters cannot allow themselves to think is that they need the systems of society to do their racism for them. That way they can feel like they are personally above racism, while still enjoying its benefits.

Critical Race Theory actually is dangerous, but not because it’s some radical liberal agenda. CRT is dangerous because it challenges the “I’m not personally racist” excuse, by exposing the ways in which all white people—liberal democrats and conservative republicans alike—benefit from our current systems, simply because they are white.

What is Critical Race Theory?

CRT began in the early 1900s as a way to account for inequities and discrimination perpetuated through the legal system (that the law in America has struggled and failed to treat people of color as equal to white people is not exactly a difficult case to make). The results of this theoretical approach were illuminating. Since those early days, CRT has been extended to other aspects of society and culture, especially economic and political injustice.

CRT is not the only theory that can be used to study race, but it is a completely legitimate, almost instinctive way to do so. If you’ve ever thought about the way being born in America offers some natural advantages over being born in North Korea or Somalia, then you’ve engaged in the same kind of theoretical work CRT attempts to do. To think about how a system impacts different ethnic groups within that system is a completely natural mental process, not some radical agenda.

A common caricature of Critical Race Theory describes it as a way to shame white people, or to indoctrinate children into liberalism through the educational system. This is not what CRT does. CRT is meant to help us avoid a one-sided telling of the American story, and we actually do need help with this. If you don’t believe me, ask your friends how many of them first learned about Black Wall Street and the 1921 Tulsa Massacre through the The Watchmen. These and many other parts of American history have not been included in the story white America tells about itself, because they indict the systems that are designed (consciously or unconsciously) to benefit white people.

CRT rightly challenges the legitimacy of a whitewashed national history. It asks us to expand our self-understanding through truth-telling, and to consider systemic racism’s impact on our lives, especially on the lives of people of color.

What is an Example of CRT?

The American story that my generation was taught included a chapter on the incredible advances of the post-WWII era. Soldiers who fought in the war came home and took advantage of the GI Bill. This legislation allowed veterans returning from WWII to go to college basically for free, and to receive low mortgage rates on VA home loans. The GI Bill was a system designed to help our grandparents’ or great-grandparents’ generation succeed in the aftermath of the world war. And succeed they did. These benefits fueled a period of rapid economic growth and prosperity in U.S. In many ways, we are still benefitting from their success.

What we were not taught is the fact that those benefits were given almost exclusively to white men. A more accurate picture is offered by Jemar Tisby in his great book The Color of Compromise, which I highly recommend (everything I say below relies on Tisby’s research).

During the Great Depression, many Americans were defaulting on their home mortgages. So in 1933 the U.S. government founded the Home Owner’s Loan Corporation (HOLC) and began purchasing loans headed for default. The government would write down the mortgage and sell it back to the homeowner at a lower cost. It worked out well. The government took the loss and people kept their homes. The whole program was handled through local banks.

Part of the government’s administration of the HOLC involved issuing guidance to banks in the form of color coded maps of every city, indicating risk for the loans. The safest neighborhoods in which to loan money were colored green, the next safest blue, then yellow. The “high risk” neighborhoods were labeled red. As it turns out, those neighborhoods in which people of color were living—even stable middle-class families with good incomes—were automatically colored red. This practice came to be known as redlining.

If you were a black homeowner in a redlined neighborhood during the Great Depression, the government would not purchase your loan and sell it back to you. If you defaulted, the bank would take your home, and sell it to white landlords who would charge you rent. At the same time, cities, real estate companies, and banks began refusing to allow people of color to purchase homes in green, blue, and yellow parts of town. They created a local housing system that was intentionally racist, including race requirements in HOA bylaws.

Fast forward to the end of WWII. White GIs returning from the war could get VA mortgages anywhere in their hometown except the redlined areas. Black GIs were forced to live only in redlined “high risk” areas where banks were not allowed to offer loans (not even the VA backed loans). This means that minority veterans generally could not buy a home with the help of the GI bill. They were forced to rent instead. Loan officers and real estate agents sitting across from black soldiers could simply say, “I know it sucks, but I don’t make the rules.” The could deny that they were personally racist, while enforcing the racism embedded in the system.

Did it actually happen that way? Yes. In the state of Mississippi in 1947, there were 3,200 VA mortgages issued, but only 2 of them went to black borrowers. The problem wasn’t limited to the South. In New York City and the Jersey Suburbs that same year, there were 67,000 VA mortgages issued under the GI bill, but fewer than 100 went to people of color. This phenomenon occurred in nearly every American community. The postwar housing boom did more to boost wealth in America than any other factor in that era, and people of color were largely denied access, partly by racist people (bankers, developers and so on), but mostly by the rules that governed the system, and gave an advantage to white people on the basis of their race.

Veterans were also eligible for college tuition under the GI Bill, regardless of race. The problem was that most colleges and universities were not yet integrated, and HBCUs quickly became overcrowded. So, when black veterans applied for their tuition benefits, the (usually white) case workers sitting across from them steered them toward low-wage job training and education programs, rather than four-year colleges (again, blaming the rules of the system). Lower wages meant fewer ways to build wealth for people of color.

Just before the war, when Social Security was established under FDR, Southern senators held the bill hostage until they agreed to exclude two particular classes of workers from the program: domestic workers and agriculture jobs. Why did they do this? Because in the South,  those were majority black occupations.

Now step back and look at the big picture. The story we were taught was that the post-WWII period of rapid economic growth and prosperity in the U.S., was built largely on three things: home ownership, education that led to better paying jobs, and Social Security’s guarantee of retirement, and there was a ton of government assistance to make it happen. What Critical Race Theory reveals is that people of color were denied access to VA loans, free education, and often Social Security… that’s home ownership, higher paying jobs, and retirement—the three pillars of wealth-building in the post-war era. The system itself made sure that people of color could not build wealth on level ground with their white contemporaries. Now think about the impact those systems had on generational wealth in minority communities.

To admit that racism was systemic means that that even if our parents, grandparents, and great-grandparents were personally not the least bit racist (which, if you’re like me, is far from reality), it didn’t matter. They didn’t need to be racist. The system would do the racism for them. Which means that they could enjoy the benefits of racism while still claiming (and perhaps believing) that they were not personally racist.

For more on Christianity and Systemic Racism, check out my book: An Evangelical Social Gospel? 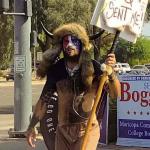 September 1, 2021 The Pandemic & QAnon are Ruining Conspiracy Theories For Me
Recent Comments
0 | Leave a Comment
"I have searched through explanations of post-liberal theology, and so far, they all focus on ..."
David Zwakenberg Postliberal Theology for Dummies (like me)
"the early church was socialist communalism. matt 19, luke 18: you lack one thing, go ..."
Isa Kocher What About the Real Problems that ..."
"Look at that sparkling star at the last panelGi.657JW.US/UX5071Fx"
Narayan The Unacknowledged Reason for Putin’s War
"But awwwwwwwW.657KW.US/O5071m"
emaraldragon The Pandemic & QAnon are Ruining ..."
Browse Our Archives
Related posts from Paperback Theology