Last August I discovered a little cancer in my eye, ocular melanoma. For a week or so I was scanned and tested and faced the possibility of my imminent demise. Dramatic. Then I had my left eye removed, which rid me of the cancer but the wound did not heal. Months and followup surgeries later, my eye looks to be healing properly and I am cancer free.

Lucky as I am, these months have given me plenty of time to ponder, to experience the shocking goodness and generosity of friends and strangers, and, despite adjusting to monocularity, time for recreational reading. This all created an appropriate scenario to pick up Mortality (2012) by the late Christopher Hitchens.

I like to read Hitchens. He is bracing and opinionated, profoundly life-affirming (as unexpected as that might seem). I am glad he wrote this last book. But his remarks on prayer are amiss. Hitchens described and decried a caricature of prayer. When he recalled in an essay hearing from his debating partners that their congregations were praying for him, he responded “Praying for what?” He cited a 2006 study on the therapeutic effects of prayer that found “no correlation at all between the number and regularity of prayers offered and the likelihood that the person being prayed for would have improved chances” (23). He wonders why one would enjoin or thank [G]od for doing “what he was going to do anyway” (29). He picks at the most troubling aspects of a past Catholicism and a past Calvinism to conclude that religion preys on “a human being in fear and doubt who is openly exploited to believe in the impossible” (33).

Hitchens does not allow for the likely possibility that believers hundreds of years ago built relationships with God despite and around the doctrines that may have troubled them. He ignores the vital ways believers then and now make individual meaning in the context of their traditions. Popular portrayals to the contrary, the faithful are often independent thinkers and believers and nowhere do people exercise the individuality of religious expression as they do in prayer. Finally, his thesis ignores the impact on prayer that institutional changes have exerted over the centuries. But of greater consequence is the fact that he doesn’t know prayer the way many believers do. I shouldn’t be surprised that Hitchens misses the mark, because in my own prayer life, and as the grateful recipient of prayers on my behalf, I have inhabited terrain that Hitchens chose not to explore.

Hitchens’s conjectures have flaws because he hasn’t been where I have been. My own view on prayer is indelibly Mormon, and Mormon thought on prayer has been heavily influenced by the LDS Bible Dictionary, which is not canonical though it is published in the same volume as the LDS Old and New Testaments. The LDS Bible Dictionary is an adaptation of an Anglican bible dictionary from Cambridge University Press, and Robert J. Matthews was the head of the committee that edited it throughout the 1970s for an LDS audience. The Bible dictionary states “Prayer is the act by which the will of the Father and the will of the child are brought into correspondence with each other. . . Blessings require some work or effort on our part before we can obtain them. Prayer is a form of work, and is an appointed means for obtaining the highest of all blessings.” These comments on prayer seem particularly focused on the prayer of the individual, what I might experience when praying alone in my room. The major points here address Hitchens’s question about why we would ask an omnipotent God for anything. The Bible Dictionary suggests we ask because receiving blessings might require some work on our part. This asking for a specific outcome, for healing, is the most theologically complex part of prayer. We ask but we know that ultimately the results are up to God’s will, not ours. But still it somehow does make sense to ask, to perform that work.

Why might it make sense? I believe that in petitioning God we open ourselves to guidance, to receiving a message about how to endure our circumstances regardless of the outcome. We also learn how to prepare for and accept that outcome with God as our comrade while the future unfolds. Prayer is a place where we can come to terms with the contents of our lives. More significant than getting exactly what we ask for in prayer, which of course we often do not, is the first point from the Bible Dictionary, that prayer can bring your will into accordance with God’s will. I think of personal prayer as a space that I enter to offer myself for instruction. Through prayer I knock, as Jesus so often told us to do. I knock, and I ask for the powers of heaven to descend upon me in the way that heaven knows best.

Once the public knew that Hitchens had cancer, some hopeful beings organized a day of prayer on his behalf. Hitchens requested that his readers refrain from participation, and I’m glad that he has that prerogative. But prayers from others on my behalf have been a tremendous help to me these past four months. So much of the isolation of suffering is ameliorated in knowing that others consciously remember you, intentionally maintain an awareness of your circumstance, and spend a portion of their communication with the divine in supplication on your behalf. When Hitchens asked “Praying for what?” I knew what I had received from others’ prayers, in particular a tangible, abiding sense of God’s comfort, love, and peace as I have moved through states that were physically and psychologically disorienting, painful, and leading to unknown destinations. I know that people have prayed that if it were God’s will, my eye would heal, cancer would leave, and I would orient to monocularity without too much struggle, and we seem to be realizing this good fortune. I suspect some have prayed that I would be receptive to whatever possible benefits could come from this period in my family’s life, and I’ve found the benefits have been many. At diagnosis and during later complications, I have been that “human being in fear and doubt.” But religion did not exploit my vulnerability. I have felt guided, enlightened, amplified, and accompanied. I have prayed and others have prayed not because we are gullible, stupid, or otherwise inferior to the atheist minds of the day. We pray because of what we find there.

January 23, 2013 Picketing Zion
Recent Comments
0 | Leave a Comment
"For some reason, this article popped up in my feed just today. I can't imagine ..."
trytoseeitmyway The Women Who Enable Abusive Men
"In response to a 2012 atheist billboard I wrote the following about it saying the ..."
DisqusIMO On Mormons and Planets
"Season 4 of Fargo--where Timothy Olyphant plays the Mormon lawman Deafy and Chris Rock plays ..."
xert Mormon ‘Niceness’
"I pretty much wrote the exact same thing about my husband's "bachelor name" back in ..."
Brita Long No, I Did Not Keep My ..."
Browse Our Archives
Related posts from Peculiar People 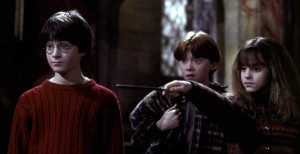 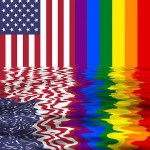