Gaze upon the works of Jon McNaughton, the most important painter of our time.*

Undoubtedly, there’s an uncle, or a father, or a former bishop out there who has admired, shared, and maybe even paid for a painting by the Mormon artist and curmudgeon with a paintbrush. They may have it hanging in their study, or, God forbid, in their living room next to the red-robed Christ and a photograph of the Provo temple.

McNaughton’s works are well known for their patriotism, and their subtle use of symbolism to illustrate the mind-blowing idea that Barack Obama is just the worst, dude. His clues are so well hidden, he provides nifty scroll-over explanations of every single detail on his website.

But here’s the thing. For all the ridicule that Jon McNaughton receives—and frankly deserves—from “the Left,” there is no denying that his art is a crucial reflection of a loud and powerful subset of Americans. Yes, McNaughton is a hack and his paintings are trite, schlocky platitudes, but they are so grandiose they demand attention, like a GOP frontrunner. If art critics turn their nose at him, historians should be more cautious. Never before has someone so accurately portrayed the feverish nightmares of such a distinct political movement. Obama’s presidency is inseparable from his ridiculous critics, and McNaughton prevails because he gives his audience’s paranoias precisely the canvass they believe they deserve. As much as they fight against progress, and as much as their tedious political clout is destined to dry up over the coming years, the McNaughton demographic exists, and they are as much a part of Obama era culture as Twitter, memes, and “Too Many Cooks.” They are his loudest, most abrasive critics, and Jon McNaughton is their Andy Warhol.

It’s not enough to totally dismiss McNaughton’s work as cognitive dissonance. Rather, it is a sour reflection of a social media age intertwined with a bloated so-called artistic ambition. McNaughton represents a spectrum of the populace that supplants political discourse with angry email chains, and his paintings are no more than a visualization of the same rhetoric. They are so crudely outlined point by point not to condescend to his audience, but to brag about his own cleverness.

After all, virality is the goal here, not an exhibition at the Guggenheim—I daresay such an embrace of the leftist public would insult McNaughton and his followers. His work is designed for commerce, not anything so socialist and utopian as an art museum. But I digress.

For a while, I considered McNaughton as nothing more than a self-righteous political cartoonist. But even political cartoons are too vulgar and unserious for the patriotism and sanctimony of this crowd, which is why McNaughton’s contributions are so renowned. There is no joke, save the ideology behind all of his paintings. Each one of them is a setup for the same punchline; “liberalism.”

He paints religious scenes and landscapes as well, but those merely come with the territory. When an ideology is wrapped around the idea that God and country are one and the same, it should be no surprise to find the two among his portfolio. They are significantly less-inspired than his political ramblings, though. Merely planks in a manifesto platform.

In this vein, I do think McNaughton sums up his work nicely; “I want to be remembered as a man who cared more for his God and country than himself.”

To which I say, of course you do, man. But when the first two to are unavailable to remind us of your brilliance, at least you have the good sense to speak on their behalf.

* Of course, this is hyperbole. Banksy is the most important artist of the Obama era. 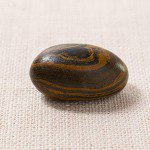 August 25, 2015 2 Girls For Every Boy: The Unpleasant Reality for Utah Mormon Singles
Recent Comments
0 | Leave a Comment
Browse Our Archives
get the latest from
Latter-day Saint
Sign up for our newsletter
Related posts from Peculiar People