Why Didn’t We Do This By Common Consent?

What’s more, it is very clear that this change has major implications for the membership as a whole. Stories have already begun to circulate on social media and elsewhere indicating that the change in policy has interrupted baptisms, mission calls, baby blessings and a slew of other events most Mormons hold dear to their faith. Some members are publicly announcing their decision to either resign from the church over the policy or drift into indefinite inactivity. There are plenty more who are struggling quietly. I know personally of members who were already on the edge, wondering if they still have a place in the church. I can only imagine this announcement has served as an answer to many of their prayers in the negative.

In light of all this, I can’t help but wonder why this was even a unilateral decision in the first place. According to the Doctrine and Covenants “all things shall be done by common consent in the church, by much prayer and faith, for all things you shall receive by faith.” I think that most members understand why minor revisions to church manuals aren’t brought before the body of the saints for a sustaining vote (it doesn’t seem terribly practical) but it seems odd to me that a major policy adjustment with widespread implications as to how many will now experience the church was done without such consent.

The process as articulated in the Doctrine and Covenants makes a lot of sense to me. It provides members with a voice, making this truly the church of “latter-day saints” and not the church of “latter-day administrative leaders.” The membership is to be actively involved in the growth and perfection of the church, and the law of common consent is one of the most powerful ways in which that manifests itself. Despite his reputation as authoritarian, Bruce R. McConkie’s explanation of common consent seems pretty instructive right now:

Administrative affairs of the Church are handled in accordance with the law of common consent. This law is that in God’s earthly kingdom, the King counsels what should be done, but then he allows his subjects to accept or reject his proposals. Unless the principle of free agency is operated in righteousness men do not progress to ultimate salvation in the heavenly kingdom hereafter. Accordingly, church officers are selected by the spirit of revelation in those appointed to choose them, but before the officers may serve in their positions, they must receive a formal sustaining vote of the people over whom they are to preside.

While McConkie focuses primarily on the selection of officers, the Doctrine and Covenants Student Manual extends it further:

Not only are Church officers sustained by common consent, but this same principle operates for policies, major decisions, acceptance of new scripture, and other things that affect the lives of the Saints.

I certainly think this change qualifies as both a major decision and something that “affects the lives of the Saints.” So why can’t we vote on it? I’m not saying the outcome would necessarily be different. Maybe the majority of members would stand in support of such a change. But I do believe that the hurt caused by the change itself is compounded by the fact that many members feel they simply have no voice in the matter.

I understand that there are probably some tricky logistical issues with asking a membership that spans the globe numbering in the millions to either sustain or reject a new policy, but I’m sure we could figure out an effective way to do it. It’s in the scriptures, after all, and we do hard stuff all the time. 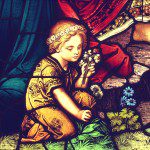 November 7, 2015 Who does the membership ban really affect?
Recent Comments
0 | Leave a Comment
Browse Our Archives
get the latest from
Latter-day Saint
Sign up for our newsletter
Related posts from Peculiar People