The Bible Tells Me So: Why Defending the Bible Has Made us Unable to Read It. 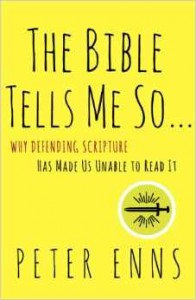 What if the Bible is fine just the way it is? Not a well behaved Bible, where everything lines up and makes sense, but the messy, troubling, and weird Bible we actually have? What if the the Bible doesn’t need to be protected and defended, but understood–just as it is? What if the real problem isn’t the Bible but the false expectations we sometimes bring to it? Perhaps, when we let the Bible be the Bible rather than what we expect it ought to be–or need it to be–we will find a deeper faith in the process.

Order at Amazon or Barnes & Noble. 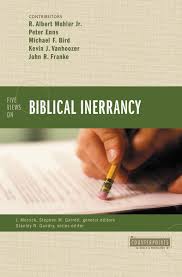 There is little doubt that the inerrancy of the Bible is a current and often contentious topic among evangelicals. Five Views on Biblical Inerrancy represents a timely contribution by showcasing the spectrum of evangelical positions on inerrancy, facilitating understanding of these perspectives, particularly where and why they diverge. 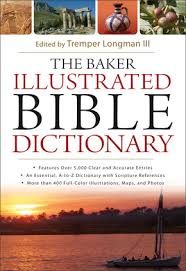 This comprehensive dictionary intends to help people read the Bible with increased understanding and confidence. It contains articles on major topics as well as places and people, even if they just appear in a single verse in the Bible. Its articles cover theological topics, biblical words, biblical imagery, and historical topics.

The Bible and the Believer: Reading the Bible Critically and Religiously, 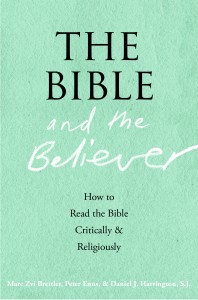 Can the Bible be approached both as sacred scripture and as a historical and literary text? For many people, it must be one or the other. How can we read the Bible both ways? The Bible and the Believer illustrates how to read the Hebrew Bible/ Old Testament critically and religiously from three religious perspectives. and tackle a dilemma that not only haunts biblical scholarship today, but also disturbs students and others exposed to biblical criticism for the first time, either in university courses or through their own reading. Failure to resolve these conflicting interpretive strategies often results in rejection of either the critical approach or the religious approach–or both.

Genesis for Normal People: A Guide to the Most Controversial, Misunderstood, and Abused Book of the Bible 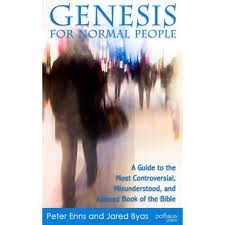 This is a guidebook for normal people. In one sense, you might wonder whether or not you qualify as normal. If we knew you, we might wonder too. But what we mean is that this book is for the everyday person, the person who has never went to seminary but is curious about how to read the book of Genesis. 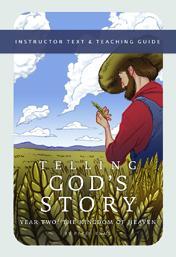 [See description below under “Year One”]

The Evolution of Adam: What the Bible Does and Doesn’t Say about Human Origins

An accesible study of the hermeneutical issues involved in reading Genesis and Paul on Adam in view of evolution. The Adam story in Genesis is part of Israel’s literature of national and religious self-definition, not the origin of humanity. Paul’s use of the Adam story, like Paul’s other uses of the Old Testament, is marked by creativity and the prior conviction that Jesus is God’s unexpected solution to a universal plight.

Purchase The Evolution of Adam

The focus of this series is on theological interaction with biblical texts.The commentary is divided into two parts roughly equal in length.(1) Interaction with the Hebrew text . (2) Interacting with the theology of Ecclesiasties, where much of my focus is on seeing Qohelet as a figure of honest doubt and suffering, and therefore a Christ-figure and model for one’s faith journey. 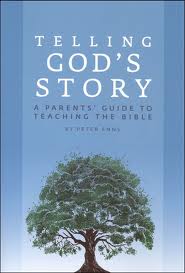 Telling God’s Story: A Parents’ Guide to Teaching the Bible gives parents a grasp of what the Bible is (and is not), and helps them communicate its message to their children faithfully, powerfully, and with joy. This book provides parents and teachers with a straightforward and intelligent twelve-year plan for teaching the Bible.

Beginning with the Gospels to introduce the youngest students to Jesus, continue on to larger segments of the biblical story for middle grade students, and finally guiding high school students into a vital understanding of the history and culture of biblical times. 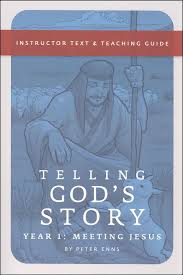 The first level in a twelve-level series designed to take young students from elementary through high school, Telling God’s Story: Year One provides weekly lessons for elementary-grade students, based on the parables and the Gospels. The Instructor Text and Teaching Guide contains pithy, content-filled background information for the teacher, a biblical passage to read aloud, and a scripted explanation of the passage designed especially for young children to grasp with ease. The accompanying Activity Book provides historically accurate coloring pages, learning projects, and group activities to fill out an entire week of home, school, or Sunday School study.

Eyes to See, Ears to Hear: Essays in Memory of J. Alan Groves 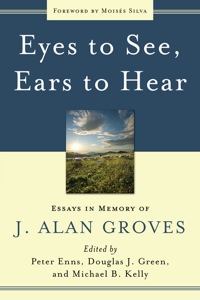 Al Groves was a deeply loved teacher and colleague, not to mention a true pioneer of modern biblical studies, using computers to analyze the Hebrew Old Testament. These articles have been collected to honor his work and also his character as a loving Christian exemplar.

Dictionary of the Old Testament: Wisdom, Poetry, and Writings 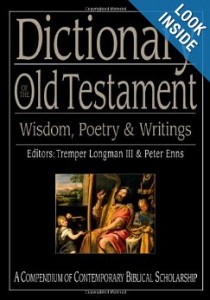 This third Old Testament volume in InterVarsity Press’s celebrated “Black Dictionary” series offers nearly 150 articles covering all the important aspects of Job, Proverbs, Ecclesiastes, Psalms, Song of Songs, Lamentations, Ruth and Esther. Over ninety contributors, many of them experts in this literature, have contributed to the Dictionary of the Old Testament: Wisdom, Poetry & Writings. This volume maintains the quality of scholarship that students, scholars and pastors have come to expect from this series.

“In the beginning…” These familiar words open the Book of Genesis and give voice to one of the foundational stories of the entire Old Testament. This short-term DISCIPLE Bible Study is an invitation to see Genesis not simply as a story about the beginning (Creation), but as a book about beginnings. From Adam and Eve to Noah to Abraham, Genesis recounts God’s persistence in “ starting over ” with the chosen people. It is a message both timeless and timely – for God’s people still seek the assurance that God is always working to make right what went wrong “in the beginning.”

Inspiration and Incarnation: Evangelicals and the Problem of the Old Testament

This study is focused on lay evangelical readers and suggests a reconsideration of their notion of Scripture in light of commonly accepted conclusions of biblical scholarship over the past several generations. My concern is to help readers whose faith has been challenged by critical studies, and I suggest that evangelical faith would be well served by moving beyond a predominantly defensive doctrine of Scripture to develop a positive view that seriously engages contemporary critical scholarship. My proposal is to employ an “incarnational” model of Scripture—one that recognizes and affirms both the divine and human aspects of the Bible.